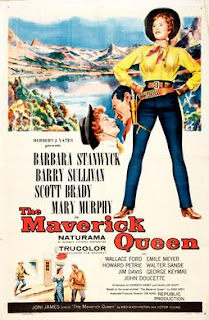 This is pure speculation on my part, but I’m guessing Pearl Grey realized from an early age he needed to change his name and become famous for something, so no one would ever have to call him “Pearl” again. Good thing he went with his middle name instead and became the Western writer Zane Grey.

Before Larry McMurtry, before Louis L’amour, there was Zane Grey. His novels and stories redefined the Wild West for a generation of readers, and needless to say, they were translated into numerous films and TV episodes. There is a Zane Grey Museum, in Lackawaxen, Pennsylvania, the town where he lived after his marriage for a time.

Grey played baseball; he was a pitcher and then an outfielder at the University of Pennsylvania and had a cup of coffee with the Pittsburgh Pirates in 1903. For a time, he followed his father in the field of dentistry, but what he really wanted to do was write. 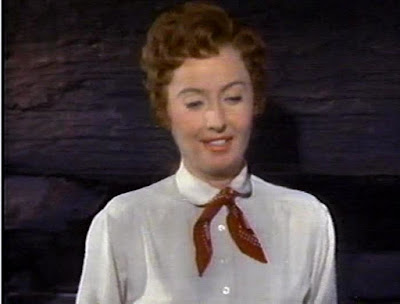 As a kid, Grey read “dime novels” of the frontier, as well as adventure novels like Robinson Crusoe. He tried writing one of his own, but his abusive father destroyed it. Living with his father may have accounted for his manic depression.

After having some small success with published articles, Grey moved to longer fiction. He self-published Betty Zane in 1903, a tale of a heroic ancestor, when no one would publish it. He was inspired to go on trips hunting mountain lions near the Grand Canyon, and the people he talked to and the experiences he had gave him the impetus to pursue writing about the west. He suffered some more rejections, then he broke through in 1910 with The Heritage of the Desert. Two years later, he published his biggest hit, Riders of the Purple Sage. The rest is history. 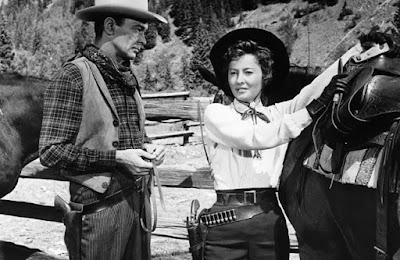 Riders was adapted into a movie in 1918, the first of what would be five versions, and after Grey moved to California that same year, he formed his own production company. Later, he sold it to the company that became Paramount Pictures, and they adapted a number of his works for which he worked as an advisor. As I mentioned earlier this month, Randolph Scott starred in many of them.

Hollywood’s western explosion in the 40s and 50s benefitted Grey. In 1956, Grey fan Dick Powell, with Luke Short and Charles A. Wallace, created Dick Powell’s Zane Grey Theatre for television. It was an anthology originally inspired by Grey’s short stories and later expanded to include original material. Fun fact: the show spun off five subsequent series, including the Chuck Connors series The Rifleman. 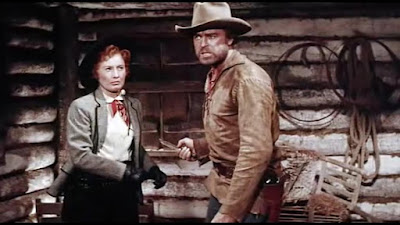 Barbara Stanwyck appeared in four episodes of ZGT. Maybe she had acquired a taste for Grey’s work after appearing in the 1956 film The Maverick Queen, a tale of Butch Cassidy and the Sundance Kid based on a 1950 Grey novel. Don’t expect any bicycle riding, though, or any mention of Lafours or Bolivia. Here’s an article on the real Butch and Sundance.

In Maverick, Stany plays a successful saloon proprietor who’s a silent partner in B&S’s gang, the Wild Bunch—no, not Sam Peckinpah’s Wild Bunch, nor is it the other group with that name, the one that formed in Oklahoma (fact and fiction get easily confused in western lore). Undercover Pinkerton Barry Sullivan crosses paths with B&S and is drawn into their gang via Stany, unaware of his true identity. Meanwhile, rancher Mary Murphy and her herd of cattle get caught in the middle. 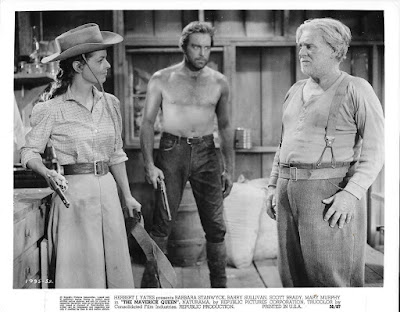 Howard Petrie and Scott Brady play B&S, and they’re both very different from Newman & Redford (or perhaps the reverse is more accurate; after all, this movie came first). Brady, as Sundance, is a loose cannon infatuated with Stany, but when she dumps him for Sullivan, he gets pissed and tries to kill her at one point. Petrie as Butch is more of a serious, no-nonsense type. They’re more obvious bad guys than in George Roy Hill and William Goldman’s interpretation, with none of the charm and charisma of the 1969 versions—and yes, I did find the difference jarring at first.

Looking at Stany in westerns, you’d never guess she started out a Brooklyn dance hall girl. She looks at home on a horse, she’s part of the action and men defer to her authority—and she looked good as a redhead. Much better than as a blonde, that’s for sure.
Posted by Rich at 7:00 AM