The Wizard of Oz Blogathon is an event devoted to all things associated with the 1939 MGM film and the original novel by L. Frank Baum, hosted by Taking Up Room. For a complete list of participating bloggers, visit the link at the host site.

It’s hard to imagine which has been more influential to American pop culture: the original children’s book The Wonderful Wizard of Oz, by L. Frank Baum, or the 1939 MGM adaptation, The Wizard of Oz. Baum was a prolific author in his time; in addition to the Oz series of books (there are fourteen), he wrote 41 other novels and 83 short stories, plus his poems and even scripts.

Oz the book was released in 1900, with illustrations by WW Denslow. Its initial print run of 10,000 copies sold out quickly. A musical stage play was made two years later, the first adaptation into another media. The book hit one million copies printed in 1938. The first film adaptation was overseen by Baum himself, a multimedia production titled The Fairylogue and Radio-Plays.

The 1939 MGM version credits the director as Victor Fleming, though several different men sat in the  big chair, including Norman Taurog, Richard Thorpe (both before Fleming) and King Vidor (after), plus George Cukor acted in an advisory capacity, though he didn’t shoot anything. The screenplay was credited to Noel Langley & Florence Ryerson and Edgar Allan Woolf, though again, other hands worked on its development, including Fleming, Vidor, Cukor, Herman J. Mankiewicz, and the poet Ogden Nash. Herbert Stothart did the score and Harold Arlen & Yip Hamburg composed the songs. Oz was nominated for six Oscars, including Best Picture, and won two: Original Score and Original Song for the all-timer “Over the Rainbow.”

Listing the many variations of the original Oz story over the years, in film alone, would take way too long—and anyway, I’m here to discuss one in particular, which recently celebrated its fortieth anniversary and is notable in its own right—especially if you’re a New Yorker. 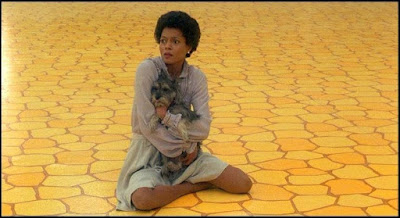 The Wiz began life as a stage musical in 1974, with the full title The Wiz: The Super Soul Musical “Wonderful Wizard of Oz,” with music and lyrics by Charlie Smalls and others (including Quincy Jones, Ashford & Simpson, Luther Vandross and Anthony Jackson) and book by William F. Brown. Producer Ken Harper is credited with the idea to stage an all-black version of The Wizard of Oz.

It opened in Baltimore, starring Renee Harris as Dorothy. Butterfly McQueen, of Gone With the Wind fame, also appeared in this early production. It moved to Broadway in 1975 with Stephanie Mills as Dorothy. (Mills would go on to a successful career as an R&B singer; I remember hearing her on the radio in the early 80s.) It had a rough start, but a combination of additional cash by the musical’s investor, 20th Century-Fox, and a TV ad campaign that emphasized the show’s hit single, “Ease On Down the Road,” enabled it to last four years and 1672 performances. Then came Hollywood. 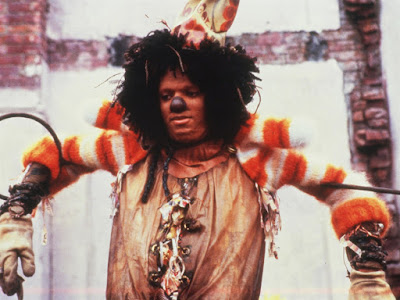 Motown Productions (now known as De Passe Entertainment) was an extension of Berry Gordy’s Motown Records, created to get its singers on TV and film. Among its movie productions include the Billie Holliday biopic Lady Sings the Blues, Mahogany, The Bingo Long Travelling All-Stars and Motor Kings, Thank God It’s Friday and The Last Dragon.

One could say the film version of The Wiz exists because of Diana Ross. Gordy, Ross’ former lover as well as her boss, nixed the idea of casting her in the lead, saying Ross, at 33, was too old—but Ross did an end run around him and cut her own deal with Universal Pictures to be in the movie. This caused original director John Badham to walk. Sidney Lumet, son-in-law of cast member Lena Horne, replaced him. (Here’s an article about Lumet on the Wiz set written by one of the still photographers.) 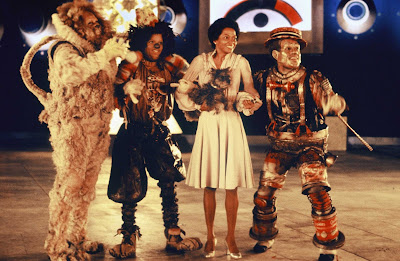 Joel Schumacher wrote the screenplay—yes, that Joel Schumacher, the future director of Batman and Robin and other cinematic atrocities. There’s an interesting story behind his involvement: he and Ross were followers of a self-help movement called “est,” and the screenplay allegedly was a vehicle for their beliefs. More about that in this article.

The Wiz was released in 1978 and bombed. Ross—an Oscar nominee at the start of the 70s for Lady—never got a leading role again, but time has washed away the stink of the film to the point where NBC did a live remake in 2015. Indeed, this favorable LA Times piece from last year puts it in a wider context as a potent influence on modern black popular culture—unusual for a film written and directed by white guys. 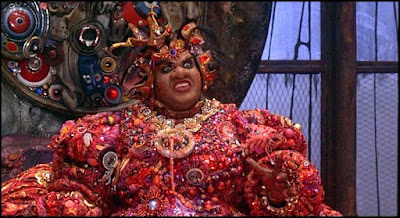 I remember watching it as a kid whenever it came on TV. I wish I could say I found it more appealing than the MGM version, but I dug it enough to view it repeatedly, at least. A few years later, Michael Jackson, who made a good Scarecrow, would explode into a new level of popularity, with the solo albums Off the Wall and Thriller, plus Victory with his brothers, billed as The Jacksons, so that gave me an added incentive to appreciate this movie.

Let’s talk about the principal photography for The Wiz, because the movie makes excellent use of New York as the land of Oz. First and foremost, it was primarily shot here in Queens, at what is now the Kaufman Astoria Studios. 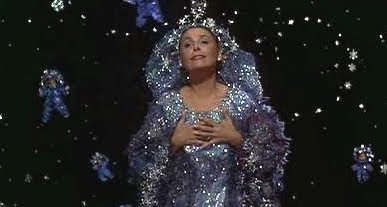 The Munchkinland scenes were filmed at the old New York State Pavilion in Flushing Meadow Park. It’s a relic from the 1964 World’s Fair, which I talked about a few years ago. You’ve seen it in other movies, such as Tomorrowland, Men in Black and Iron Man 2. It was designed by architects Philip Johnson and Richard Foster for the Fair, and it was originally much more colorful. After the fair, rock concerts were held there for a time. Restoration work on the Pavilion is ongoing; last December it received a $16.5 million FEMA grant for Hurricane Sandy-related repairs.

Dorothy meets Nipsey Russell’s Tin Man at Coney Island’s Astroland, a place which I’ve also discussed. I liked how they made Russell look like a sideshow carny, as if he were a midway attraction brought to life. Speaking of the World’s Fair, he could be one of Walt Disney’s audio-animatronics. I remember being scared at the scene where Mabel King’s Evillene crushed Russell’s metal body beneath a press.

When the protagonists, including Ted Ross’ Lion, arrive at the Emerald City, it’s the plaza of the old World Trade Center. Long-time New Yorkers will recognize the facades of the Twin Towers during the “Emerald City Sequence.” The WTC had been around for only five years when The Wiz was made, but it had quickly made an impression. Phillipe Petit had already made his infamous walk between the Towers in 1974. Two years later, George Willig scaled the South Tower. And of course, the climax of the first King Kong remake was filmed there. In addition, the New York Public Library, the Chrysler Building, Shea Stadium, the city taxis and subways, and other landmarks are invoked as New York is made over into Oz. 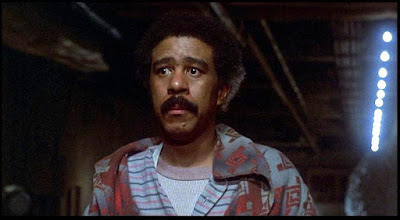 As a kid, I was much less familiar with most of these locations than I am now. Seeing them in this movie again gives me a nostalgic feeling, partly because some of these places (the Twin Towers, Shea) are gone, and partly because the idea of Manhattan as a fairy-tale wonderland is not far removed from the way I first thought about it, both when my mother would take me there as a child and later, when I went to high school there.

The luster has long since evaporated, and though I do appreciate it more ever since I moved back here a decade ago, I’m too aware of the bad things—the failing public transportation system, the political forces that are keeping it that way, the financial forces that are making the city more and more expensive—for it to ever feel like a wonderland again. Still, The Wiz is a welcome relief from all of that; a nice reminder of the things that made it attractive to so many for so long—a place that inspired the imagination.


Diana Ross’ daughters Rhonda and Tracee on The Wiz