Five original Woodstock performers who made movies (and TV) 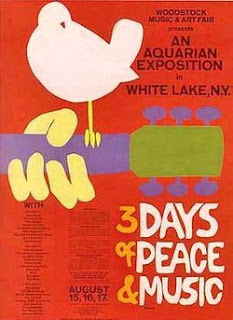 Of course I wish I had been there. Mad as it sounds like it was in hindsight—the rain, the disheveled crowd, the brown acid—I think it was understood, even then, how special the concert was.

Time has turned it into something larger than life, something emblematic of The Sixties in general, and yeah, that colors my perception of it (how can it not?), but strip away the legend and I still would want to have been there for it, if only for one of the three days, not just for the music but for the atmosphere, the chance to taste the spirit of this seminal period in American history which seems light years distant now.

Was there really a time when young Americans honestly believed rock and roll could change the world? Where peace, love and understanding were more than words on a bumper sticker? I look around me today and I see a nation that doesn’t need a war in Vietnam; it’s more than happy to fight itself. I see a president worse than Nixon ever was, one blind to his own divisive nature. I see the best minds of this generation raging on social media and on television so loudly they can barely hear what anyone else says.

The world seemed equally bleak fifty years ago, too, but for three days in August, rock and roll brought forth into the world a different vibe. Maybe it was nothing but hype in reality, but the idea of the Age of Aquarius and the redemptive power of music was strong enough to attract half a million people to Yasgur’s Farm where “everywhere was a song and a celebration”—and the idea remains attractive today.

The musicians that attended Woodstock went on to various degrees of success and longevity. Some of them went Hollywood. Here are five examples, including links to their Woodstock performances:

- Ravi Shankar played on Friday through the beginning of the rain. He was no stranger to scoring films; perhaps his most notable examples were Satyajit Ray’s Apu trilogy. In 1968 he did the music for the Cliff Robertson drama Charly. Post-Woodstock, he worked on some docs and TV movies. In 1982 he did the score, with George Fenton, for the Best Picture winner Gandhi, for which he was Oscar and Grammy-nominated.

- John Sebastian appeared at Woodstock sans his band, The Lovin’ Spoonful, on Saturday. He was also at the 25th anniversary edition in 1994. He mostly did voice-over roles and appearances as himself in film, including a 1980 film called One Trick Pony, starring his folkie peer Paul Simon. As a composer, he worked on some TV movies and animated films. His terrific theme song for the show Welcome Back Kotter became a number-one hit. 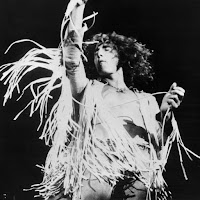 - The Who came on stage in the wee hours of the morning between Saturday and Sunday. Roger Daltrey has acted in a number of films and TV shows over the years; most recently, he was in an episode of the fantasy series Once Upon a Time. He played the composer Franz Liszt in Ken Russell’s Lisztomania, a real-life British bank robber in McVicar, and co-starred with Twiggy in an adaptation of Hans Christian Andersen’s The Little Match Girl, among many others, but you probably remember him best in the film version of The Who’s rock opera Tommy.

In 1985, Pete Townshend co-wrote, composed the score for and starred in a film called White City, an adaptation of his solo album of the same name which, in turn, was inspired by the housing project in West London near where he grew up. He’s also composed some shorts and music videos over the years, in addition to his contributions to the film adaptations of Tommy and Quadrophenia.

- The Band performed Sunday night. Their best-known cinematic appearance, of course, is as part of Martin Scorsese’s concert film about them, The Last Waltz. Robbie Robertson became a composer, teaming with Scorsese on The Color of Money (as well as some uncredited work on The King of Comedy), and this fall, you’ll get to hear his score on Scorsese’s new film, The Irishman. As an actor, he co-starred with Gary Busey and Jodie Foster in Carny and with Jack Nicholson and Anjelica  Huston in The Crossing Guard.

The late Levon Helm had a bigger acting career, appearing in the Loretta Lynn biopic Coal Miner’s Daughter, The Right Stuff, and even the Steven Seagal movie Fire Down Below, among many others.

- Sha Na Na took the stage Monday morning, right before Jimi Hendrix. I fondly remember their variety TV show from the 70s. Even if I didn’t completely grok the jokes, their music exposed me to doo wop music at an early age. This was the song with which they always closed the show. Whenever I hear it, I think of them: