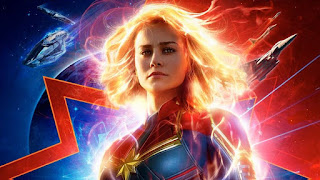 The novel suffered a setback last month. A beta reader told me it needs a lot of work, although she did say she liked it. This was pretty humbling, not just because I had believed I was close to done, but because so many other people, other writers, have generally given it more praise. They've given me their share of criticisms, too, but not at this level.

Fortunately, this beta reader is someone I know and trust well. I'm inclined to take her seriously on this, not that it still doesn't hurt.

Don't know what my new timetable for completion is now, but I got no choice but to see what there is to see in this critique. If I have to make wholesale changes, then I have to.

Next week, Debbie and I have the Richard Matheson Blogathon for you, which you can still get in on. E-mail me or post in the comments and you'll join the list. Poor Debbie has suffered an ankle injury, but she says she'll be ready.

Also this month, I'll return again to the Queens World Film Festival. If you're in town for it, do stop by if you can; it's bigger than ever this year, and you're certain to discover some quality work.

Jacqueline writes about a peculiar marketing trend from back in the day: fictional adventure novels featuring film stars.

Fritzie shares some vintage comic strips that defend the new medium of moving pictures from haters.

Green Book was a controversial film almost from the beginning.

Watching the Oscars has become less of a big deal for some.

This should have been a Doctor Strange movie, but the filmmakers lost the rights. (NSFW)

And then there was the time that Negro League baseball player became a film actor.

You must listen to this vocal tribute to John Williams.

A supercut of films set in New York.
Posted by Rich at 7:30 AM