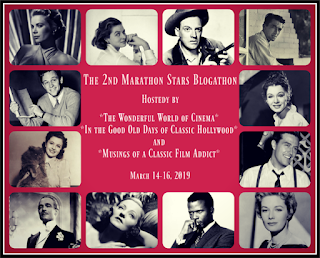 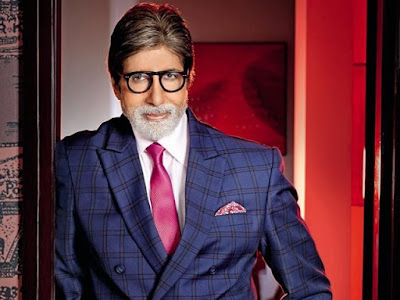 Don't feel bad if you've never heard of Amitabh Bachchan. Neither did I when I researched Bollywood for this blogathon. In the Hindi culture, though, he's their De Niro.

He's been popular since the 70s and is still active today. He's won the Indian equivalent of the Oscar four times, plus he's been decorated on multiple occasions by his government. At one point, he hosted the Indian version of Who Wants to Be a Millionaire? (insert your own Slumdog Millionaire reference here). Of course he sings. He's even gone into politics.

They call him "the Shahenshah of Bollywood." You know what a shah is, right? It means he's king of the hill. A-number-one.


Born Inquilaab Srivastava in 1942 in what today is Prayagraj, his nom de cinema comes from the pen name of his poet father, who wrote under the moniker Bachchan, meaning "childlike." Amitabh means "the light that will never die."

Bachchan got into film at his mother's urging, and broke into the business in 1969. In 1973, he made the crime film Zanjeer, co-written by Salim Khan & Javed Akhtar and directed by Prakash Mehra, who are all bigshots today.


It was a huge hit and established Bachchan as the "angry young man" of Bollywood, a persona that the writers, known collectively as Salim-Javed, played up in their subsequent collaborations with Bachchan.

Zanjeer stood in contrast to the many romantic roles that were popular at the time. Also, its success reflected the attitude of the young people living under Indira Gandhi's state of emergency.

Bachchan, with Salim-Javed, went on to make more blockbusters, including the notable crime pics Deewaar and Sholay.


Soon, Bachchan expanded his repertoire and made romances, comedies, films with double roles, and of course, musicals. He also got married, to actress Jaya Bhaduri.

In 1982, Bachchan suffered an intestinal injury while doing his own stunt in the movie Coolie. It was almost fatal. The fans lost their damn minds over it.


In the mid-80s, he went into politics, but afterwards, his film career declined. He started his own production company, which faltered. Then he returned to acting and enjoyed a renaissance as an elder statesman.

In 2013, he made his Hollywood debut, in the remake of The Great Gatsby, not that it was a big role. He basically did it as a favor to director Baz Luhrmann.

Currently, he's in a film called Badla, a remake of a Spanish movie, that seems to be doing well.


I wanted to watch at least one of Bachchan's movies for this post, so I picked one of his early ones: a 1971 musical comedy called Anand. His is a supporting role, playing a dour-faced doctor to the title character, a dying man determined to enjoy what little time he has left.

Bachchan's role anticipates his star-making turn in Zanjeer; his cynical and straight-laced character is a marked contrast to Anand, who's playful and chipper despite his condition.


I was lukewarm towards the movie overall; lead actor Rajesh Khanna reminded me too much of Roberto Benigni at his hammiest, and the musical numbers weren't convincing enough for me to take seriously. I should probably watch Bachchan in one of his starring roles to appreciate him better.

They love "Big B" over there in India, no question. The longevity of his career is a testament to that.
Posted by Rich at 9:30 AM