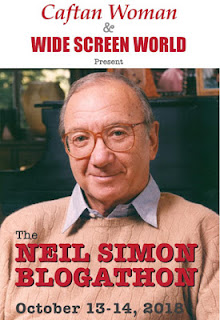 The Neil Simon Blogathon is an event celebrating the life and career of the great American playwright, who left this world for a better one less than two months ago. Paddy and I thank you for joining us. Be sure to check out the rest of the entries this weekend!

The Alvin Theatre, on West 52nd Street in the heart of midtown Manhattan, was renamed for Neil Simon in 1983, so he was a big deal for a long time before the 80s, but growing up, I used to think he was around for less time than that. I vaguely recall seeing ads on TV for his plays, but I had no sense of his history.

I only know his plays from their film adaptations, but I have yet to find one I dislike. I discovered Simon during my video store years in the 90s. It took me awhile to tie the name to the stories, but once I did, I began to notice some commonalities. 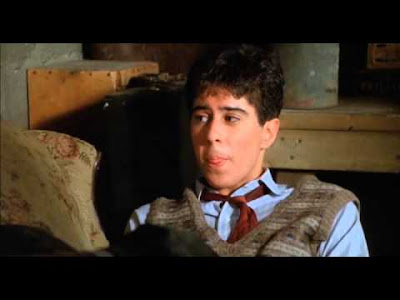 Simon's distinct New York sensibility is perhaps the best example. If you've never lived here, never gotten a sense of this place's history, it's difficult to describe. It's Jewish, of course, because all the best American comic writers are Jewish; it reflects the immigrant experience — New York as a microcosm of the melting pot that is America; it's cranky, it's fatalistic, it's self-depreciating. It's just something that's part of every New Yorker's heritage, and speaking as a person of color, I believe it transcends race.

The first play to be shown at the Simon (hmm... first Alvin, now Simon. Will the theater change its name one day to the Theodore?) was the playwright's own Brighton Beach Memoirs. It's the first part of a semi-autobiographical trilogy which also includes Biloxi Blues and Broadway Bound. 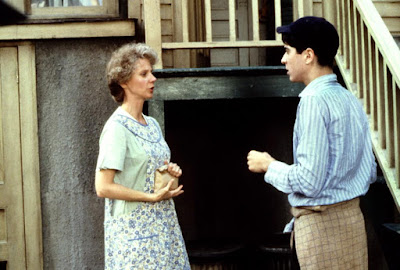 BBM is an ensemble, centered around the character Eugene, an Andy Hardy type of character, coming of age during the latter days of the Depression. He aspires to be a writer. He lives in Brighton Beach, Brooklyn, obviously, in a home overstuffed with family members, each with their own dramas.

After some out-of-town engagements, BBM made its Broadway debut on March 27, 1983 at the Simon and moved to what is now the Richard Rodgers Theatre on West 46th Street. It played for over three years.

Matthew Broderick was the star, appearing on stage the same year he debuted in Hollywood with Max Dugan Returns, also written by Simon, and the summer blockbuster WarGames. He would win the Tony for Best Feature Actor in a Play, at 21 still the youngest winner of that award. He'd go on to star in the stage and film versions of Biloxi Blues. 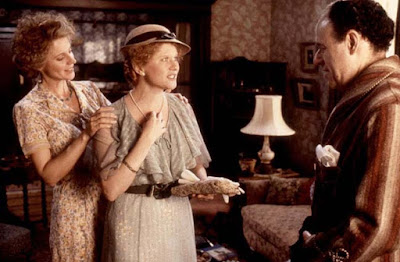 BBM was revived in 2009, but it was a resounding failure, despite good reviews, lasting for only nine shows before closing. A New York Times article blamed changing audience tastes:


...There were no big stars like Jude Law in the current commercial hit 'Hamlet,' there was no marketing campaign that framed the Simon play as a can’t-miss theatrical event, and there was no wow factor that brought the period piece to life.... It actually received good reviews, but the play was shuttered because people, for whatever reason, did not want to see the Simon show about a Depression-era family laughing through the tears.

The thought of Simon's plays falling out of favor today boggles my mind, and yet even I, not a regular theater-goer by any means, know "jukebox musicals" and spectacles based on pre-existing properties are what's hot now. 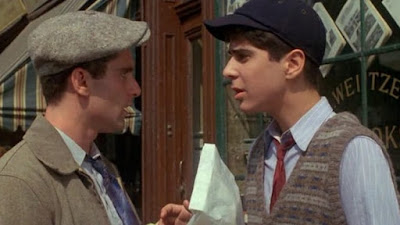 The film version of BBM was directed by Gene Saks, who directed the stage version to a Tony win, and produced by Ray Stark — two more important names in Simon's career. 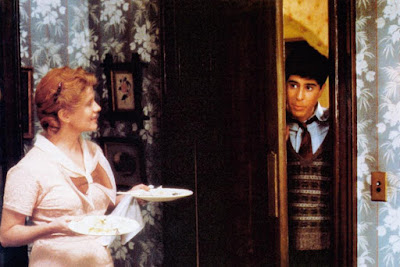 Saks, an actor turned director, helmed The Odd Couple (stage and screen) and Barefoot in the Park and acted in The Prisoner of Second Avenue. He also directed Biloxi Blues, Broadway Bound and other Simon plays.

The film of BBM was good. Jonathan Silverman, who also portrayed Eugene in BBM on Broadway, starred in the film version. Blythe Danner played Eugene's mom, and though I totally did not buy her as a Jew at first, in the end she just about sold it. Double Tony winner Judith Ivey played Eugene's aunt. She was very good.

As I watched, I compared BBM to one of the first Simon stories I had seen, the film of Lost in Yonkers, another period, intergenerational family tale. I remember seeing it when it came out, fascinated by the trailer, and loving the film a lot, so BBM didn't have quite the same impact on me as it might have if I saw it first.


For instance, the Ivey character, like the Mercedes Ruehl one in Yonkers, are both emotionally fragile middle-aged women hoping love will redeem their lives. Eugene's brother, like Richard Dreyfuss' character in Yonkers, are charming rogues whose incorrigibility disrupts the family dynamic. Plus, both stories have female characters with physical ailments. Simon probably was repeating themes established in BBM, but so what?

Neil Simon didn't make grand, sweeping statements with his work, or write for cultural aesthetes. He told personal stories based on life, his own and others, for regular people who wanted a few laughs and maybe a good cry, too. What more can anyone ask for?