The Great Villain Blogathon is a tribute to the greatest, most sinister and most memorable antagonists in film history, presented by Speakeasy, Shadows & Satin and Silver Screenings. For a complete list of participating bloggers, visit the links at any of these sites.

Superman II
from my DVD collection

Ladies and gentlemen,
the President of the United States.

This is your President. On behalf of my country, and in the name of the other leaders of the world with whom I have today consulted, I hereby abdicate all authority and control over this planet to General Zod. Only by following all his directives will the lives of millions be spared.

There have been numerous reports over the past few days that describe the general and his associates as having participated in wanton, destructive acts of terrorism across the country. I wish to state unequivocally, and for the record, that these reports... these reports are exaggerated and grossly distorted by the media. Let me take a few moments now to explain to you why the general comes not as a conqueror of humanity, but as a liberator, a savior from the, um... from the true threat to our planet... Superman. 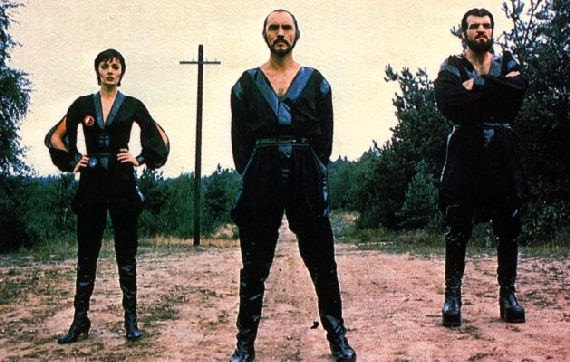 General Zod, and his loyal soldiers, Ursa and Non, are natives of a dead planet, an extinct civilization, millions of light years from Earth, called Krypton. Zod was his world's greatest military hero, but when he tried to expose corruption from within his own government, he was denounced as a turncoat, and betrayed by his closest friend, a noted scientist named Jor-el. It was Jor-el himself who condemned Zod and his compatriots to exile from Krypton.

Upon arriving on our world, the general discovered that he and his soldiers possessed amazing powers and abilities, similar to those of Superman. This has led to some unfortunate confrontations and misunderstandings upon meeting Earthlings for the first time, as the general and the others have adjusted to their new-found powers. As a result, misinformation has been spread, categorizing them as alien terrorists. 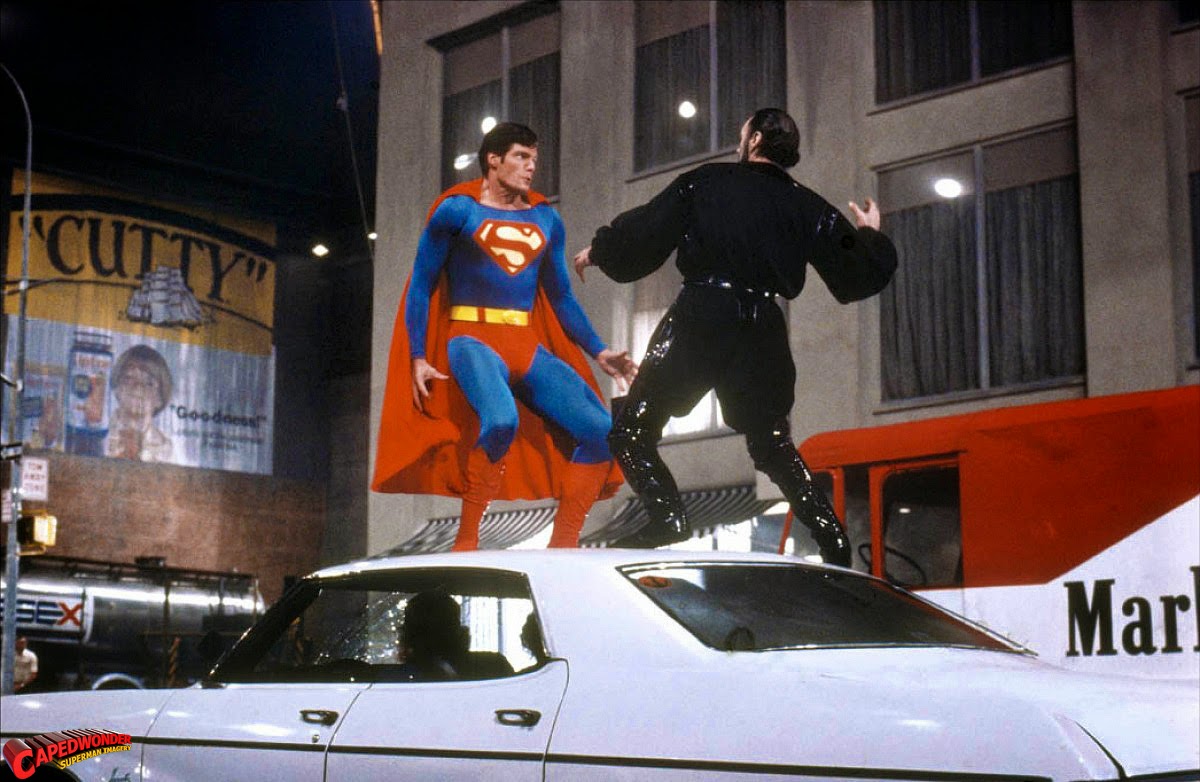 We have recently learned that the being we know as Superman is not only another former Kryptonian, who escaped the planet's destruction and came here to live, but he is also the son of the man who betrayed General Zod, Jor-el. It is not known what role, if any, Superman played in the general's exile, nor is it known if Jor-el survived the planet Krypton's destruction as well, but the feud between the general and the Jor-el family is bitter indeed.

All the general wants now is justice for the indignities he and his followers have suffered at the hands of Jor-el. It is the general's belief that the son can no more be trusted than the father. Conventional weaponry has proven to be little to no use against he whom the media has nicknamed "the man of steel," and it is widely believed that if he chose, Superman could not only single-handedly take over the world, but he could also destroy it. This... this is why the... other leaders of the world and myself have ceded total control to Zod. 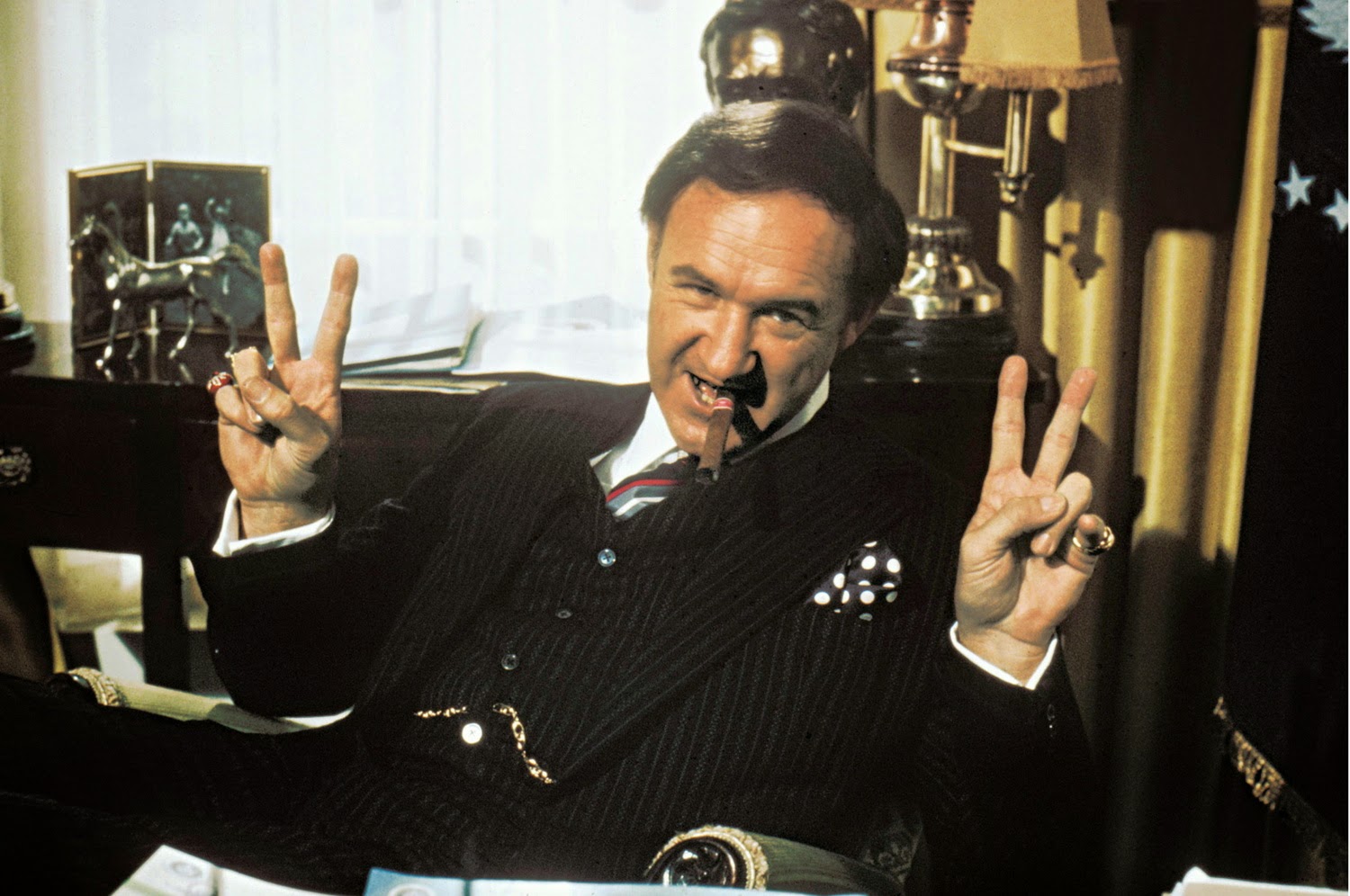 We are, um, grateful for the assistance of Mr. Lex Luthor in this matter. For his contributions, he has been granted a full pardon from this administration for his actions which led to the bi-coastal destruction visited upon California and New Jersey two years ago. As part of the deal between him and the general, Mr. Luthor has been granted a small measure of authority under the general's rule. At this time, I am unfamiliar with the details of this agreement, but my understanding is that the sovereign nation of Australia is involved. The White House has been unable to contact the Australian prime minister at this time, but the terms of the pact the nations of the world have made with General Zod are binding, and the Australian commonwealth is expected to abide by it.

In addition, federal officials are currently attempting to locate missing Metropolis Daily Planet reporter Lois Lane, who originally broke the story on Superman. It is believed that she may have additional information about him that may prove vital to his apprehension by General Zod. Ms. Lane was last seen in the area of Niagra Falls, NY, on special assignment with Planet reporter Clark Kent, whose whereabouts are also unknown. If anyone has any information on these individuals, you are encouraged to inform the White House as soon as possible. 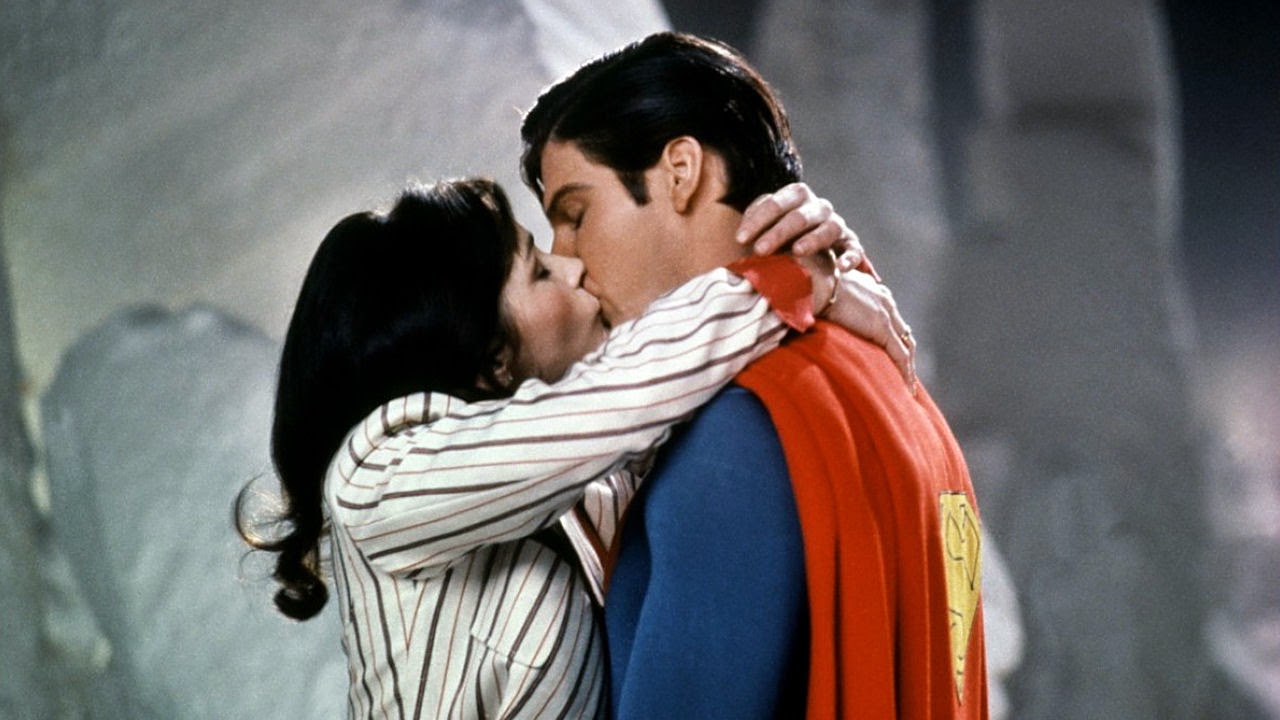 My fellow Americans, this is a difficult and dangerous time, but we... we can get through this as long as you stay out of the way of any future confrontations between General Zod and his associates, and Superman. It is unknown at this time how many more Kryptonians may be at large, but as long as... as long as General Zod is granted the leeway he needs, we need not worry... about any future alien incursions, from Krypton or anywhere else... and peace... peace will...

CAN YOU HEAR ME?

SUPERMAN, WHERE ARE YOU?

WHERE ARKJLVSDDSFHS
DS
GDF
DS
a

Related:
Superman
Man of Steel
'Man of Steel' must escape Reeve's shadow
Posted by Rich at 8:00 AM