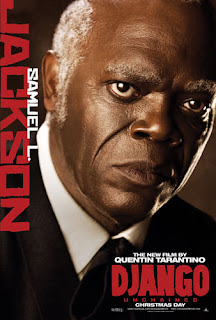 I would give this man a big wet sloppy kiss for doing this.

[UPDATE 1.4.13: Re-posting this from the comments section because my exact position on this needs to be clarified.]

It's always been my belief that words only have as much power as we give them, and that includes potentially offensive words like 'nigger.' Race has been a huge problem in America for centuries, and the only way we can begin to solve this problem is if we're able to talk about it openly, and without fear - not by hiding behind euphemisms like 'the n-word.' For better or for worse, the word 'nigger' exists, and tiptoeing around it for fear of offense does no one any good in the long run.

SLJ understands this, which is why he wouldn't let the interviewer get away with a discussion on race without using the word 'nigger,' especially when the interviewer was the one who brought it up himself. And SLJ was absolutely correct in saying that if he said it first, it would not be the same thing.


The interviewer, a white guy, clearly wants to have an intelligent discussion on race, but by sticking to the euphemism, meaning is either lost or misconstrued, as SLJ proved when he responded, "No? Nobody? Nothing?" After all, lots of words begin with N. Therefore, I strongly doubt that the interviewer would've been crucified over saying 'nigger' IN THIS CONTEXT.
Posted by Rich at 5:20 PM