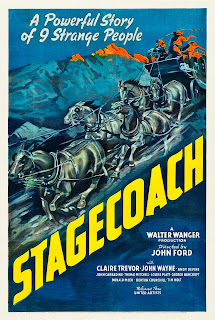 My parents were part of a generation that revered westerns. My mother still watches them, mostly TV shows on one of the nostalgia channels. It’s difficult to say whether or not she has a passion for them like I have one for, say, Star Trek.

If you were to ask her, she probably could list a favorite show or a favorite movie, but to articulate further about it—favorite episodes, characters, actors—might be harder, but then, the fan mentality isn’t something that comes easily to her, if at all. I suspect she still watches westerns out of habit. I never get the sense from her of “Oh boy, here’s that Bonanza episode where Hoss gets a rhinoplasty; I can’t wait to see it again.”

For the so-called “greatest generation,” though, as well as the Boomers that followed, westerns were a big part of their cultural identity. That’s something I’ve understood intellectually as a Gen X-er, but to me it’s another genre, like spy thrillers or mysteries. I have my favorite movies and actors, of course, but I’ve never really gotten why it was as huge as it was in its heyday.

Guess what we’re gonna be talking about this month, kids?

Disclaimer: we all get that these movies and TV shows were made during a time when knowledge and appreciation of the Wild West as it really was, relations between Indians and whites, gender roles, etc., was limited and biased. We acknowledge the stereotypes and distortions of history without taking them to heart and will opt to find the good in these stories regardless—and there’s plenty of good to be found. 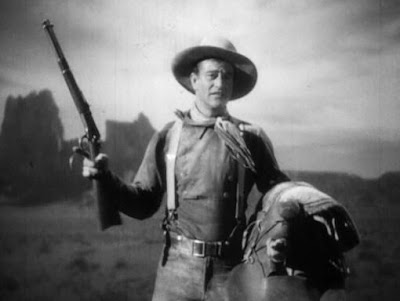 John Wayne was, and for many people still is, the first name in cinematic westerns, a larger-than-life figure whose persona perfectly captured mid-century America’s image of itself: rugged, individualistic, always on the side of right. It’s an image that has carried over into other media and has become almost shorthand for the entire genre.

The image refracts when you hold it up too close, and there’s every reason to believe Wayne was deeply flawed as a human being, but once again it comes down to whether or not you can separate the  art from the artist. On screen, there was simply no one else like him: his magnetism, his physical presence, his ability to be in the moment with his co-stars, especially his leading ladies. Audiences responded to him and they still do. 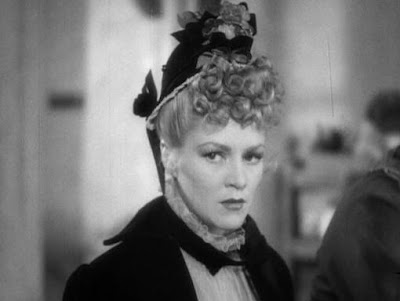 The former Marion Morrison was not only a jock in school, he was smart: in high school, he was on the debate team, was a reporter for the school paper, and was president of the Latin society. In college at USC, he majored in pre-law. His “Duke” nickname came from his dog of the same name.

Wayne first met director John Ford when he hired Wayne as a prop boy and extra while making movies with early western star Tom Mix, an acquaintance of Wayne’s college football coach. Legend has it that when Mix introduced Wayne to Wyatt Earp, Wayne got much of his on-screen persona from the famed Wild West lawman. 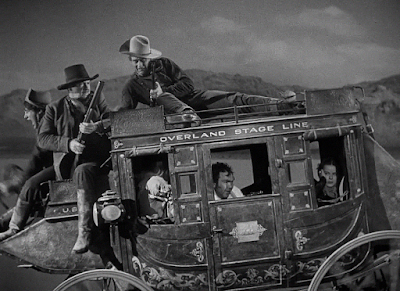 After popping up in a few silents in the late 20s, Wayne’s first talkie role was in 1930, in the film The Big Trail. Director Raoul Walsh gave him the stage name of John Wayne. Throughout the 30s, he starred in a variety of movies, and not just westerns. He was a singing cowboy at one point, though his voice was dubbed.

Then came 1939 and the movie Stagecoach. I’m pretty sure I first saw this during my video store years, and time has not diminished my great appreciation of it. It’s simply an exciting story with lively characters in a fantastic setting, amidst the wide-open plains of Arizona’s Monument Valley. Dudley Nichols’ screenplay is an adaptation of a short story from two years prior by Ernest Haycox. 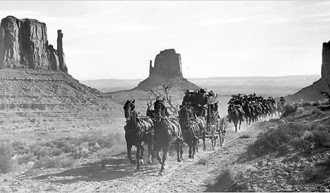 It was Ford’s first western since the silent era, and though he wanted Wayne in it, the studios didn’t at first, especially not at Ford’s projected budget. Indy producer Walter Wanger wanted Gary Cooper and Marlene Dietrich to star, but Ford was insistent on Wayne. The two eventually came to an agreement, and Wanger put up $250,000 of the reported $531,000 budget.

Ford gave Wayne one of the greatest, star-making, on-screen introductions in film history. He hadn’t even done anything in the movie yet, but it practically stops dead in its tracks and demands you acknowledge this man not only as a pivotal figure in the story, but as a capital-S Star. It’s not the kind of thing one sees in modern movies, this conspicuous anointing of a star, but it speaks to how much Ford believed in Wayne and his ability to carry a big-budget extravaganza.

You probably know the plot: a stagecoach full of people with various agendas must reach its destination under threat of Apache Indian attack. A quick word about the Apaches and their great leader, Geronimo: in 1851, Mexican soldiers slew his family, and he spent much of his life avenging their deaths and resisting incursions into his territory—and he wouldn’t accept reservation life. His life would make one hell of a movie.

The mesas and buttes of Monument Valley frame the stagecoach, the Apache and the cavalry in wonderful cinematography by Bert Glennon. Even watching it on my iPad, I was able to get an impression of its majesty, though ultimately it’s no substitute for the big screen. Something something manifest destiny blah blah blah frontier life yadda yadda American spirit. Just read this good article about the Valley in western movies—and more than just westerns were made there. 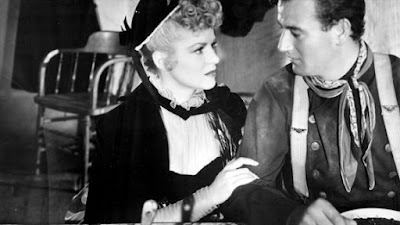 I’ve gotten this far and I still haven’t brought up Claire Trevor! We discussed her earlier this year, but she’s worth bringing up again because she was so good in this movie too, getting top billing over Wayne and the rest of the cast as the “fallen woman” who wins Wayne’s heart. It’s never explicitly stated why everyone else scorns her, but I think it’s safe to assume she’s supposed to be a hooker.

I like that she never tries to justify herself nor does she apologize. She has her reasons, whatever they are, and she feels no need to explain them, probably because the people around her wouldn’t understand, or would choose not to understand. Wayne’s character doesn’t understand either, but he doesn’t need to. He’s sympathetic to her from the outset and he’s willing to give her a break when no one else will.

Stagecoach is not just a western; in many ways it is the western.
Posted by Rich at 7:00 AM