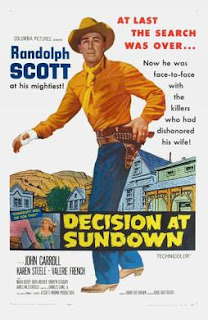 Would you follow a man on a mission of revenge?

In the old west, disputes were settled from the barrel of a gun, and wrongs done a man were never forgotten. Sure, it may take years, time that could be better spent thinking about it and realizing it’s probably not worth nursing a vendetta for quite so long and moving on with life instead—settling in a town with a peculiar yet ironically fitting name somewhere, getting a steady job punching cows, marrying an ordinary-looking girl but keeping the town whore’s address in your little black book, having a couple of kids and developing a drinking habit that’ll ensure you die before the age of forty, which was just about the average life expectancy of most people in the old west anyway—but you don’t care! Because a man’s gotta do what a man’s gotta do, or at least what the screenplay tells him to do. Would you devote your life to seeing justice done, even if you may not have all the facts or may not be sure it even is justice? 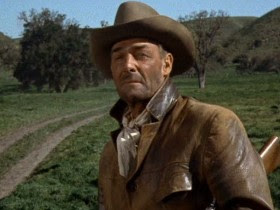 Okay, I haven’t seen many of Scott’s westerns, outside of his last film, Ride the High Country, so I couldn’t describe his screen persona or give you any indication of what made him so successful in the genre, which is why I watched his 1957 film Decision at Sundown to find out about it.

At a mere 77 minutes, it’s unusually short, but it’s quite good. Scott comes to the town with the ironically-fitting name of Sundown with the intent to kill its most prominent citizen, on his wedding day no less, for a wrong he did to Scott years ago involving Scott’s wife—but there’s more to the story than what Scott is aware of. 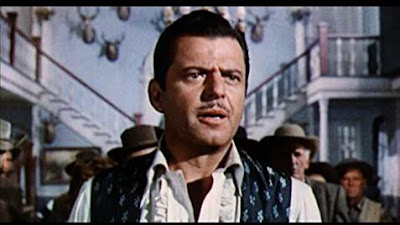 A World War 1 veteran, Scott headed to Hollywood in the late 20s hoping he’d get a break with Howard Hughes, an acquaintance of his father, an engineer. He got it—with a small part in the 1928 film Sharp Shooters (not a western). He knocked around in small parts in films for the next few years, also adding stage roles to his resume.

In 1932 he signed with Paramount and appeared in a bunch of adaptations of stories by westerns writer Zane Grey, and his career took off. A back injury kept him out of World War 2, but he made some war movies during that period. After the war, almost all of his films were westerns, and the older he got, the better they got. 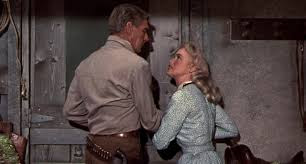 Sundown, based on a book written two years earlier, was one of seven films Scott made with director Budd Boetticher (he made eight with Henry Hathaway), beginning with Seven Men From Now in 1955, a film for which he was recommended by John Wayne when he was unavailable. Here’s an appreciation of their films written by one who knew Boetticher personally.

Scott in Sundown made me think of Harrison Ford, or Liam Neeson: he has his own code of ethics that demand fair play and honor, and keep him from being an all-the-way bad guy; really, he’s just an ordinary guy who has been wronged and wants to settle the score the only way he knows how. Kimbrough, the guy he’s after, is the real bad guy here. Played by John Carroll with a Gable-esque mustache, he has almost all of Sundown under his thumb, but Scott’s presence begins to change that. 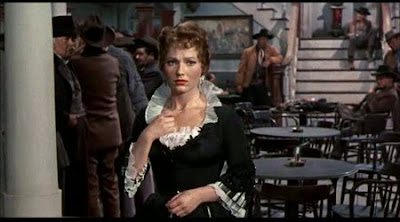 Scott’s character Allison is pretty badass. He busts up Kimbrough’s wedding and calls him out in front of everyone, then he and sidekick Noah Beery Jr. hole up in a livery stable to fend off the sheriff and other shooters and suddenly it’s Dog Day Afternoon.

The sheriff is a pawn of Kimbrough’s, and a negotiation for safe passage out of town initiated by him leads to an unfortunate moment that pisses off Allison even more than he already is. His only chance at survival seems to come from town doctor John Archer, though other forces are also at play amidst the standoff. 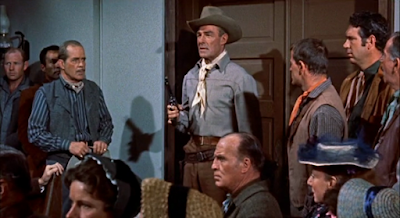 Scott was a producer on Sundown. He had worked with co-producer Harry Joe Brown as far back as 1947; their company was called Ranown. They, along with director Boetticher and screenwriter Burt Kennedy (who did not write Sundown), collaborated on several late-50s westerns, including The Tall T, Ride Lonesome and Comanche Station.

Sundown packs a lot into its 77 minutes; if this had been made today, you know it’d be at least two hours long. But what I really wanna know is... did dudes really wear those silly little neckerchief things in the old west, or was that only in the movies?
Posted by Rich at 7:00 AM