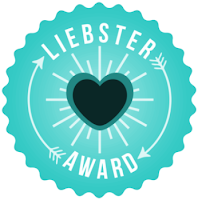 It’s been awhile since Liebster Awards have been passed around. This time it’s Rebecca from Taking Up Room who has seen fit to bestow one on Yours Truly; thank you, Rebecca—so it’s time to play the game once more. Let’s look at her set of questions...

1. If you were a plant, what kind would you be and why?
This would make for a better question for my writer friend Sandi. She’s the one who loves flowers. I don’t know; I guess I’d be the kind that can defend itself from predators in some fashion, whether with spores or better yet, with roots. I tried watching Day of the Triffids last year and I totally could not finish it. Normally, when a horror movie scares me, it’s in a fun, “let’s play along with the movie” kind of way. Triffids wasn’t like that. Not for me, anyway.

2. What’s a talent you wish you had?
Whistling! I don’t know why I can’t do it and it’s not for lack of trying. I can make a note or two, but it’s always off key and sounds like a broken whistle. Never sounds the way I want it to.


3. Would you rather have coffee or tea?

4. You can own costumes and props from one film. Any era, any genre. Which film would you pick?
How about the original Star Wars? I doubt anyone would pass up the chance to try on Darth Vader’s helmet or Obi-Wan’s robes and hold a light saber in their hands while doing so. And then there’s all those funky alien masks.

5. If you could have anyone follow your blog or your social media accounts, who would it be?
Hmm. Lots of potential answers to this question. Limiting it to the movie world, I guess I’d like it if Kevin Smith followed me, not that I think he’d be all that interested in my tweets. You might have heard he’s returning to the View Askewniverse for a new Jay and Silent Bob movie next month, and while I’m glad he’s found his filmmaking mojo again, does anyone really wanna see those characters in middle age? I still haven’t decided if I’m gonna see it or not.

7. Who’s your favorite film critic or historian?
In recent years, I’ve grown to really enjoy the writing of Jeanine Basinger. I’ve reviewed three of her film history books here; she has the scholar’s knowledge of the craft of the medium but writes with the fan’s appreciation of the art. She’s made me think about movies in different ways and has given me a renewed appreciation for not only the stars of Old Hollywood but the business.

8. What are your top three must-play songs for a road trip?
Oy. Such a question! The answer depends on lots of things: where I’m going, how, with whom (if I’m going by car and we’re playing CDs or listening to a Spotify playlist), length of travel time, lots of things. A playlist, like a mixtape, ain’t no joke. Virginia made a playlist for me of songs by her favorite early music composers and I promised I’d make a playlist for her. That was over a year ago AND I’M STILL NOT DONE.

Assuming I’m traveling solo, for a week or less, to someplace I’ve never been to before, by bus or train, I suppose I’d include “Born to Run” or “Jungleland” by Bruce Springsteen; Metallica’s version of “Turn the Page;” and Billy Joel’s “Miami 2017,” preferably a live version. Ask me tomorrow and I might have different choices, though, except for Bruce. That’s non-negotiable if we’re talking about a road trip. 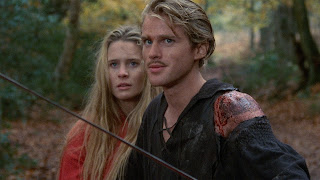 9. Which film or films should not be remade under any circumstances?
I recently saw an article in which the mere rumor (let me emphasize this: RUMOR) of a Princess Bride remake has gotten fans ready to riot. That’s definitely one choice you’d think sane, rational people could agree on, but what do I know?

I think if you’re gonna remake something, at the very least you should bring something new to the table. Spielberg’s West Side Story will have actual Latin actors as the Sharks; plus, it speaks to the issues surrounding immigration being debated today, so it’s relevant. Those are good reasons to remake a classic film. I cannot think of a good reason to remake The Princess Bride. So there you go.

Name a top-tier Golden Age film, chances are I’ll agree it shouldn’t be remade. As far as more recent ones: Die Hard because it’s such a perfect script that inspired so many action movies to follow, plus the cinematography, editing, stunt work and effects are exquisite and still hold up; This is Spinal Tap because the chemistry of that hilarious cast, in particular the principals, McKean, Shearer and Guest, is a unique alloy that cannot be easily replicated; and yes, even The Room because filling in the plot holes, getting better actors and a competent director would be interesting, but at this stage it would be missing the point.

10. Do you ever think you’d like to work in films instead of just writing about them?
I’ve taken acting classes in the past and I’ve even appeared in a couple of student films (nothing worth mentioning, I assure you), so if we’re talking a low-budget indie film along the lines of Clerks or Stranger Than Paradise or She’s Gotta Have It, I’d be up for that. If it were a Hollywood movie, I’d be way too nervous to even try.

11. What’s your favorite thing about blogging?
The challenge of writing. No question. It’s one of the biggest reasons WSW exists. In over nine years, I’ve written about my favorite (and not so favorite) movies in a variety of ways: as poetry, as short stories, as a game, in a foreign language, once as a recipe, once in the second person, once in the first person plural, and so on. Haven’t written a post as a screenplay yet, ironically. That’s one for which I’d need a good excuse—but I’ll find it eventually.