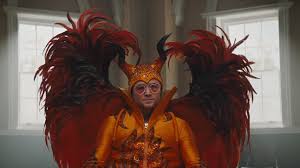 Normally I don’t talk about blogathons in advance other than my own, but I’ve signed up for one that represents another first for this blog. Silver Screen Suppers pairs movie and TV stars with recipes. You might be aware that I’ve gotten into cooking in recent years, and I’ve found it fulfilling. The blog’s creator, Jenny Hammerton, has self-published Hollywood cookbooks, and she’s currently working on one devoted to the show Murder She Wrote. She has a ton of recipes lined up and she’s giving her readers the opportunity to cook them before the book comes out. Instead of a blogathon, it’s a cookalong!

So yes, I intend to cook a recipe and blog about it here on WSW. The recipes in the cookalong are tied to the MSW cast and its guest stars, many of whom come from Old Hollywood. The one I’ve chosen is for a guest star, Glynis Johns. I’m unfamiliar with her; a basic search reveals she was in Mary Poppins, and was quite the hottie in her youth.

I hope to find the MSW episode she was in and write about that (no guarantees), but even if I don’t, I’ll cook the recipe associated with her, chicken paprika. Apparently it’s her own recipe, or at least it’s attributed to her. The cookalong runs from September 30-October 5. My post will go up in October. (EDIT: Just remembered this won’t be the first time I’ve cooked for the blog, but it will be the first time I’ve documented the process.)

I’m afraid I don’t have much to say about Doris Day. I was never a huge fan. One of my mother’s favorite songs is “Que Sera Sera.” She used to sing it a lot when I was a kid. I’ve seen Day in Pillow Talk (liked it) and The Man Who Knew Too Much (don’t remember it). Ivan used to do a feature called “Doris Day(s)” that he keeps promising to bring back. Maybe her death will spur him into reviving it, so you should visit him and prod him if you’re interested. I know she wasn’t all sweetness and light, like her public image had been. Maybe if she had more of an edge in her films, I might’ve been more interested in them? Dunno.

As for Tim Conway, here’s an anecdote about him from Carol Burnett’s memoir This Time Together. Burnett was friends with Cary Grant, who was a big fan of her TV show. He particularly enjoyed Conway and Harvey Korman. Burnett introduced them to each other, and one day Conway, Korman, Grant, and their respective wives hung out together. Grant had an awesome time. He thought Conway and Korman were hilarious. The following week, Grant invited Conway and Korman out again, and again Grant was fully entertained by the duo’s antics. The third time, same thing, and the more this kept going, the more Conway and Korman feared they’d run out of material. But this was, after all, Cary Grant, and they didn’t wanna let him down. Finally, Conway got a call at the same time Grant always called him, and he said, “If that’s Cary Grant, I’m not home!”

Sometime within the next week I expect to finish my experiment in binge-watching television. I chose the first seasons of two streaming programs, Ozark and Longmire. I’m watching the former one episode at a time, and when that’s done, I’ll watch the latter all at once, and then I’ll compare. The more I read about bingeing, the more convinced I am that I should take precautions when I binge — and some people have expressed concern (I ain’t no Morgan Spurlock), so for the record, I intend to alternate between sitting and standing often, snack healthily (fruit, nuts, berries, etc.) with a break for a home-cooked dinner. Given what I’ve read, and the responses to my inquiries about bingeing from my friends, I think I know what my results will be, but I’m gonna see this through anyway.


Another movie theater in Manhattan is gone; this time it’s the City Cinemas on East 86th Street. I hadn’t been there long, but it seemed like a decent place. When the Lincoln Plaza closed, some of us within our movie group had hoped it might be an adequate replacement as a regular spot. They favored indies, had a nice atmosphere, and while it wasn’t cheap, one can no longer expect “cheap” from any Manhattan theater.

The novel is still being beta read. I suspect I might need one more rewrite.

Everything else is fine.

Jacqueline went to a symphony concert of movie music.

And then there was that time Debbie saw Jesus Christ Superstar (the movie) as a kid.

Who’s the oldest active Disney animated character? Le has the answer, and it’s not who you might think.

I found out about the death of Boyz N the Hood director John Singleton late. Here’s a fitting appreciation of that movie’s legacy.

The technology being used to make the CGI-animated Lion King remake is out of this world.

Clint Eastwood when he was a country singer.

My cartoonist friend Pam Bliss liked Endgame a little more than I did.

Ever been to the Hollywood Museum?

This European movie theater has double beds instead of seats.

And speaking of food, did you know Katharine Hepburn had a foolproof recipe for brownies? (Not gonna make them now; got a waist to watch.)
Posted by Rich at 8:50 AM