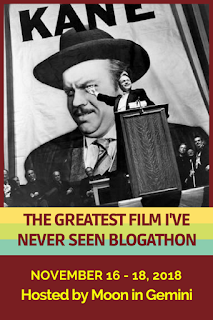 The Greatest Film I've Never Seen Blogathon is exactly what it says on the tin, hosted by Moon in Gemini. For a complete list of participating bloggers visit the link at the host site.

Okay, first, I don't really believe Topper is the greatest film I've never seen before. I decided at the last minute to take part in this blogathon and I needed a film I could get my hands on quick, so to speak, so I chose this.

Here's a short list of "great" films I have yet to see: The Sound of Music, Alphaville, Throne of Blood, La Strada, The Discreet Charm of the Bourgeoisie, Seven Beauties, Wild at Heart, The Age of Innocence, Empire of the Sun and A Beautiful Mind.

Some I never saw because they didn't appeal to me, some because I never got around to it, and some I think are overrated. Perhaps I'll watch a few of them one day. Don't know. 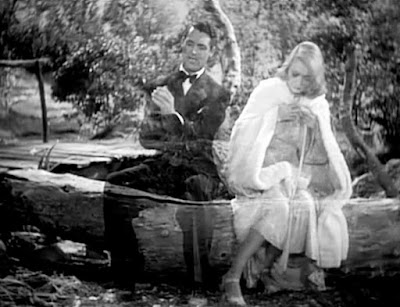 You'll notice I put "great" in quotation marks. Recently I've joined a few new movie-related Facebook groups, and once again I'm seeing up close how subjective that word is, along with other words like "classic" and "masterpiece."

This is not meant as a knock to Debbie, who created this blogathon, but I do think it's interesting to look at what we, the participants in this event, a tiny representation of movie enthusiasts, consider "great," judging by not only the films we've picked but the movies represented on the banners.

Take the one on the banner I've chosen, Citizen Kane. I've seen more debate over the "greatness" of that movie, by other movie fans, than almost any other film not made in the last thirty years. 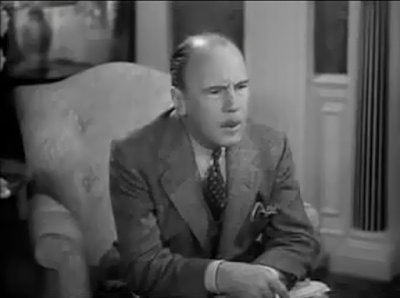 I think part of the reason why may be a pushback against the Established Wisdom that decreed Kane the "greatest" for so many years. Younger eyes don't necessarily see it the way older ones do, for whatever reason, and in an environment where authority is questioned more than ever, they don't revere the film the way past generations might have.

And yet it is still revered. Debbie recognizes this; why else would she choose it as a representative film for her banners?

However devalued words like "great" and "classic" and "masterpiece" have become, I think we are still capable of recognizing greatness — but it takes time. Lots of it. The problem is, we fans are too eager to bestow the laurels. 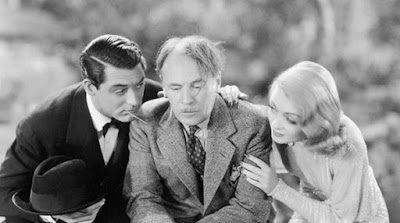 The Shape of Water won Best Picture at this year's Oscars. Will movie fans still talk about it in fifty years? If so, I think you could call it a great film then.

So let's consider Topper, shall we? As of this writing, it has a 7.4 rating on IMDB and a score of 94 on Rotten Tomatoes. It features one of the objectively greatest stars in American film history, Cary Grant (do you really wanna argue that point? I don't think so).

It inspired two sequels, a TV show and a TV remake. It was nominated for two Oscars, including Roland Young for Best Supporting Actor. It appeared on the AFI "100 Years... 100 Laughs" list at #60. And for what it's worth, it was the first black-and-white film to be colorized. 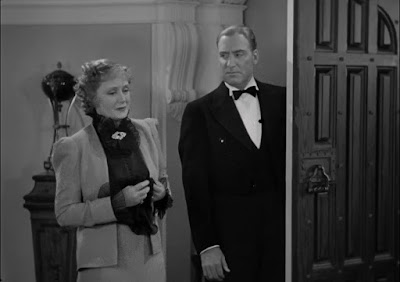 I gotta admit, I did not know it was so well regarded. I knew of the movie, but I was never motivated to see it. Whenever fans talk about Cary Grant comedies, films like The Awful Truth and Bringing Up Baby and The Philadelphia Story and Arsenic and Old Lace usually come up long before this. Why is that, I wonder?

I think we can concede Topper has a strong pedigree. Is it "great"?

I think it's good enough. Grant and Constance Bennett are a Nick and Nora Charles type of fun-loving socialites who die in a car crash, but it's okay; they "live" on as ghosts. Believing they won't move on to the hereafter without doing a good deed, they attempt to improve the life of their business associate Young, a stuffy banker henpecked by his wife Billie Burke. 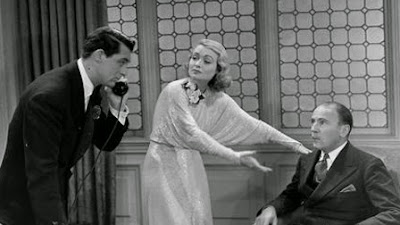 Young, as Topper, gets to do some physical comedy whenever Grant and Bennett turn invisible and play around with him, and he's quite good at it. I can see why he got the Oscar nod.

Grant is Grant. I know nothing about Bennett, but she was funny and a little sexy too. As for Burke, it's always hard for me to take her seriously, because I always expect her to ask someone, "Are you a good witch or a bad witch?" But she was okay.

The lack of urgency meant the story meandered after awhile. Bennett acted more like she wanted to fool around with Young rather than repair his marriage, which is what I thought was her goal. I never believed there would be any serious consequences for Grant and Bennett if they didn't help Young. 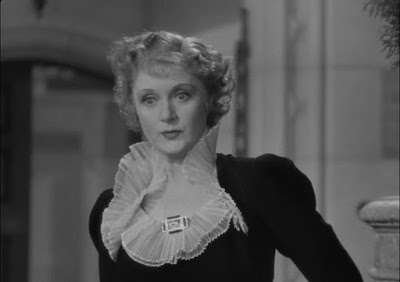 Young really loved Burke and wanted to be on a more equal footing with her, but that got lost amidst the floating objects and disembodied voices that spook everyone.

This doesn't suck; there were some fine performances, but overall I'd rather watch The Awful Truth again. I suppose I can see how this movie was popular in its time, but its "greatness," to me at least, is debatable.
Posted by Rich at 7:30 AM