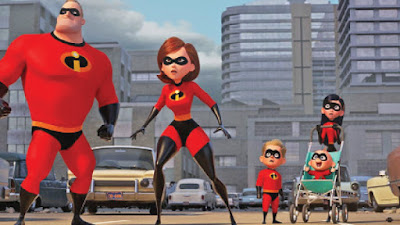 Remember the short story I wrote that appeared in a local literary magazine? Well, last month I got invited by the same group to appear at a special reading for past published authors — with a twist.

Newtown Literary put on a reading in which some of their own — other authors — read work by past published authors. I didn't have to say or do anything except show up! It felt odd; my piece, "Airplanes," was a work of speculative fiction inspired by my post on the movie The Terminal, and while I put effort into it, of course, I didn't expect the story to make it, but it did. That was one thing, though; to see it publicly appreciated in a venue like this was quite another.

The woman who read my work was Aida Zilelian, who runs a local reading series called Boundless Tales. I read at a BT show once, which is where I met her, not that I thought she remembered me. I guess she did. She wasn't sure at first if "Airplanes" was a SF story or not; she had to ask me before the show began to make sure!

The show went well. Some of my friends from my old writing group turned up, which was nice. I got to meet more of the NL crew, as well as other local writers, and best of all, I didn't have to embarrass myself! 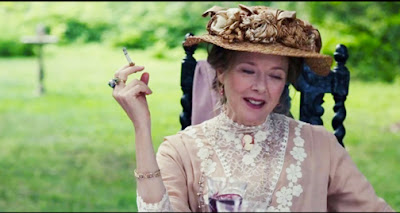 One other new movie I saw this month which I never wrote about was The Seagull, with Annette Bening and Saoirse Ronan. Based on the Anton Chekhov play, it's about all these people hanging out in the summer house of a famous stage actress and all the stuff they get into with each other. It was okay; the acting felt very big and theatrical, even though the screenplay made it look more like a movie. Saw it at the Paris in midtown with Vija and Debbie; afterward, we were joined by Vija's visiting grand-niece Cecelia, who Vija thought bore a resemblance to Saoirse Ronan. We ate pasta.

Margot Kidder was the perfect Lois Lane, just like Christopher Reeve was the perfect Superman. They had a terrific chemistry in those movies that at its best, was reminiscent of Katharine Hepburn and Cary Grant. She played Lois exactly how you would imagine her to be: modern, perky, independent-minded, a little reckless at times, yet devoted to Superman whether she knows he's really Clark Kent or not.

I'm afraid I haven't seen much of Kidder's other movies, though I did see Black Christmas. I read about her in Easy Riders, Raging Bulls, of course, and some of the risque things she got up to back in the 70s. It's a pity she wasn't a bigger star.

Cynthia Nixon update: Governor Cuomo clobbered her in the state Democratic convention, easily winning his party's nomination, whereas she wasn't even invited to the event. I admit, I'm beginning to lean towards her, especially now that she's basically endorsed the MTA plan to fix the subway, the same one the governor had no interest in when it was released a week ago.

Win or lose, Nixon has proven herself to be someone serious about reforming and changing a lot of things in New York State that need changing. If she does lose the governorship, I hope she'll consider running for another position, such as state congresswoman or something similar.

Sorry it's been quiet around here lately. The novel. You know.


Paddy shares some of her favorite movie moms.

Ivan talks about a new DVD collection of shorts from a contemporary comedy duo made in the style of 30s shorts.

One of the underrated movie couples of the Golden Age was Esther Williams and Ricardo Montalban.

This turn of the century footage of the Brooklyn Bridge has found new life.
Posted by Rich at 7:30 AM