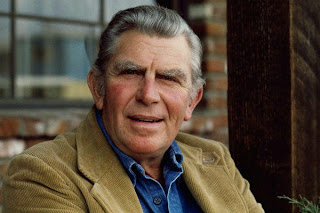 I'm back. Hope you had a better Fourth of July than I did. It wasn't terrible; I just went to a party I didn't like - although on the plus side, it was on the beach, at least. I've got something very special planned for my 500th post, which now looks like it won't be for another month or so at this rate, but it's something I know you're gonna like, so don't miss it! In the meantime...

In the wake of the death of Andy Griffith, here's Ivan's 2010 piece on The Andy Griffith Show on the occasion of its 50th anniversary.

Alex writes about a unique indie sci-fi film from the 80 called Born in Flames.

I miss old movie theater marquees. And so does Retrospace.

Go Retro is a nice little nostalgia blog that you should totally read. Here Pam writes at length about Steve McQueen.

Here's an interesting piece about how princess stories aren't what they used to be.

This New York Times article sums up many of my misgivings about superhero movies, and to an extent, superhero comics as well.
Posted by Rich at 5:50 PM