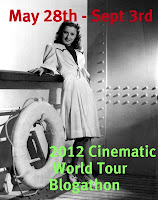 An unusual vacation choice? Perhaps, but as an artist, I can't help but be attracted to Iranian architecture and religious iconography and paintings. It's quite beautiful. Unfortunately... 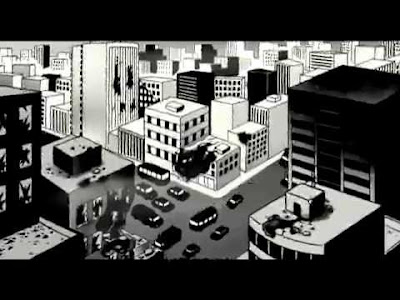 ...I had a bit of a problem with my camera. All my photos came out looking similar to this. I hope you'll bear with me. 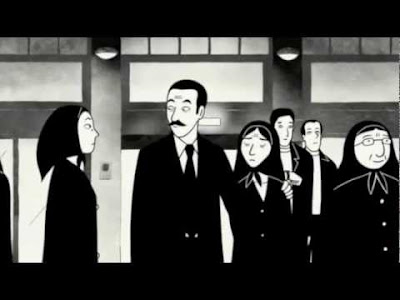 This is the airport. See that chick with the birthmark by her nose, meeting her parents? I saw her a few times while I was here. Never talked to her or anything, just kept running into her.

The Muslim Fundamentalists took over the joint after they got rid of the Shah in the 70s. Now, I try not to judge, being an outsider and all, but from what I saw while I was in Tehran, they make it pretty damn hard for people to live. 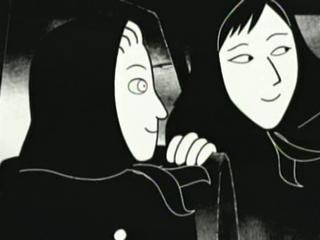 They force their women to wear desexualizing veils over their heads...

...condemn outside culture as immoral... 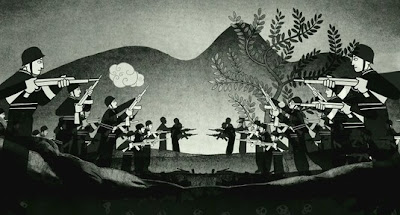 ...send teenage boys off to war with propagandistic promises of glory in the next life... 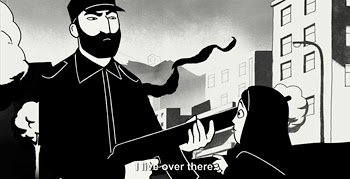 ...and send troops out into the streets to punish the slightest infraction of the law!

That's the government, though, not the people. The people I met were no different, really, than anyone else, and many were very nice. 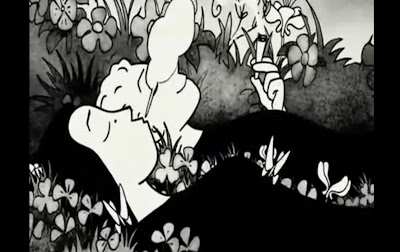 I made a few friends at this one party I went to (it was on the DL, lest the fun police find out). Birthmark Girl was there, but she clearly had eyes for some other dude.


I guess it's just as well. She looked like a typical conservative Muslim chick, even if she was at a party. I saw her this one time ratting out some dude to the stormtroopers for leering at her. Dude barely looked at her for five seconds! 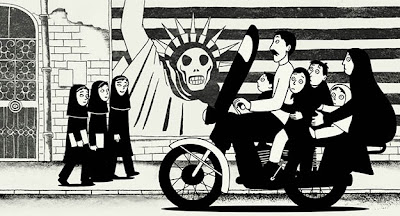 I feel for these people, though. Throwing parties in secret so the stormtroopers won't arrest them for having fun is a helluva way to live.


Still, Tehran wasn't bad. Maybe one day they'll get sick of living under a Fundamentalist government and these people will do something about it.

Till next time,
Rich


[Breaking character again to briefly talk about the screening. It was held at Riverside Park, which is on the west end of Manhattan, a great big green space running the length of the island. Specifically, it was held on one of the many piers, and it attracted a bigger crowd than I had expected. Behind us were high-rise apartment buildings, hotels and office towers; ahead of us was the Hudson River and the New Jersey shoreline. Made for quite a sight, especially at night.

[Rain had been threatening all afternoon, and by showtime the skies were still dry, but about a half hour into the film drops starting coming down. Some people put blankets over their heads, but others took off. It was getting kinda uncomfortable, but I was determined to stick it out unless it got really bad. Fortunately, it didn't.]