Who will preserve the treasures of film history? 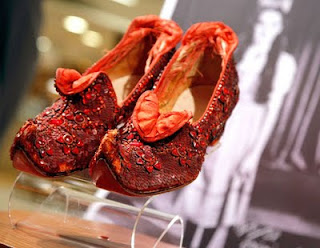 The exhibits at The Cinema Museum are linked in very personal ways to the lives and experiences of the people who run the museum. Tours of the collection are interwoven with stories of where objects were found and how they were obtained and collected, how much they cost, how they were used, when they were in use. These are not just artefacts, or curiosities from the past. These are living, breathing objects that have a history, a present and a future. This is not just a collection of exhibits but a form of communication that speaks to us about cinema and why we love it.

This is from a piece at the British film site Film International about the Cinema Museum in London. In addition to an interview with co-founder Martin Humphries, writer Deirdre O'Neill provides a thoughtful meditation on the role of museums in society, and the uniqueness of the Cinema Museum in how it actively works at maintaining and preserving film history.

This is a timely article, coming as it does in the wake of the news about actress Debbie Reynolds selling off her substantial collection of Hollywood memorabilia due to her inability to start up a similar museum here in America. The heartbreaking quote from Profiles in History auction house president Joe Maddalena says it all: “Hollywood never cared. They never wanted to help her. They didn’t really care a whole lot about their heritage. And she does.”

O'Neill reiterates this point in her article, where she talks about how the Cinema Museum's collection was built up:

...during the 1960s and 1970s, cinemas were being closed down, converted into bingo halls or demolished: no more proof is needed of the low esteem in which cinema was held and how its status as popular culture resulted in its artefacts being considered transitory and disposable.

This is very revealing of how we, as a culture, value certain artefacts/pastimes considering some of them to be worthy of protection and preservation whilst others we consign to the rubbish tip, literally. It also demonstrates the role of museums in legitimizing some cultural forms whilst ignoring others.

It's a mighty poor refl 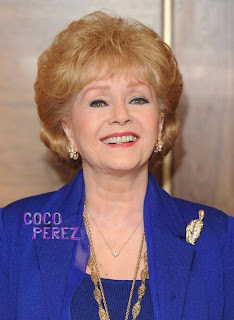 ection on Hollywood that Reynolds was the only one interested in creating a public venue for such a remarkable collection of items that not only represent an art form, but connect us to our cultural past. Such a place would have been a treasure for generations to come. It's a shame such a dream has to die like this.

That said, Reynolds' collection is breathtaking, to say the least. To see stuff from black and white movies in color is especially thrilling, because it's easy to take the craft of the costumers and prop makers for granted when you can't see it in color, the way the cast and crew did. If I had money to burn, here's what would make my wish list:

You can download the PDF of the catalog here.