The big sleep: Do 'boring' movies have value? 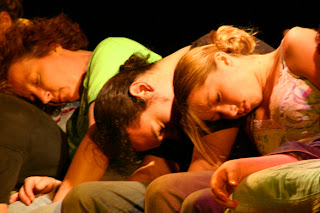 ...As a viewer whose default mode of interaction with images has consisted, for as long as I can remember, of intense, rapid-fire decoding of text, subtext, metatext and hypertext, I’ve long had a queasy fascination with slow-moving, meditative drama. Those are the kinds of films dearly loved by the writers, thinkers and friends I most respect, so I, too, seek them out; I usually doze lightly through them; and I often feel moved, if sleepy, afterward. But am I actually moved? Or am I responding to the rhythms of emotionally affecting cinema? Am I laughing because I get the jokes or because I know what jokes sound like?

The preceding was the first volley in what has become a back-and-forth discussion on the merit of films that come across, to the average Joe, as "boring." Here's more discussion on the topic. This ties in pretty neatly with the release of Terence Malick's The Tree of Life, a movie I was set to see earlier this month but have been hesitant to because of what some have called the slow, ponderous nature of its storytelling.
Now there have been lots of movies that I've seen that I probably wouldn't normally seek out on my own but watched simply because somebody else said they were significant - no matter how dull they may seem at first glance. I imagine many film fans can say the same. I think making the effort to step outside one's comfort zone is important in and of itself, even if one doesn't end up liking the film in the end. One's tastes are one's tastes, and one shouldn't have to apologize for them, even in the face of nose-in-the-air critics.
This debate reminds me a whole lot of my friend and former roommate Max. He and I have greatly differing attitudes on art, but I never realized how different until we lived together. For example, Max is a huge Kurt Vonnegut fan. One day I borrowed one of his Vonnegut books to read because I had never read them before and I wanted to see what the fuss was all about. I didn't make it past the first chapter. I tried a second Vonnegut book, same result. I couldn't understand. Was I just stupid? What was it about his writing that I was not getting? Max insisted that it was okay if I didn't get Vonnegut, but I kept insisting that there must be something wrong with me since he and so many other people love Vonnegut's writing. It took me awhile before I was able to accept that in this matter, my tastes were simply different. 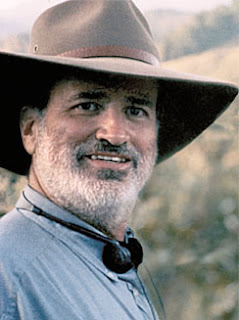 I think a lot of people don't like looking stupid when they admit they don't like a work of art that everyone else loves, especially when it comes across as inaccessible or "boring." In the case of film at least, Hatter says often times you just need to see it again:

...Putting aside the fact that our mindset changes with age, there are dozens of reasons why a person could write off a film due to being in the wrong frame of mind. Hell, sometimes my enjoyment of a film was sullied because I was just in a bad mood that day. Is that the movie's fault? This isn't even counting the whole side-tangent of expectations. Did I initially dislike THE THIN RED LINE because it was a bad film? or did I dislike it because it wasn't SAVING PRIVATE RYAN?

Thanks to people suggesting I circle back, over the years I have reclaimed films I would have otherwise tossed away. In some cases, I've dug even deeper and researched them like philosophical edicts, leading to even further enjoyment.

There is definitely merit in this solution (it's worked for me), but I submit that it is entirely possible that some movies resist multiple viewings by their very nature (I don't feel the need to see something like Eraserhead again in an effort to "get" it, for example - because I know I won't). I don't believe Tree of Life is one of those, which is why I probably will see it after all. I don't believe Malick is trying to be deliberately obtuse, based on everything I've read about this movie, and while my own personal history with his films is not great (I fell asleep on The Thin Red Line), I'm willing to take a chance on this because I believe it's a film that has something to say.

Do "boring" films have value? I think it depends on your level or receptiveness. If you're the type of moviegoer who would never go near a film like Tree of Life, then nothing I or anyone else says about it will change your mind. But if you are, then don't let anything I or anyone else says about it mess with your head if you don't like it. Does this sound reasonable?
Posted by Rich at 2:17 PM