The Gods Must Be Crazy

Ms. Brooks was my sixth grade Language Arts teacher. (Do they still even have 'Language Arts' anymore?) She was the kind of teacher that, if you're lucky, you might get once during your entire childhood, from kindergarten through high school. We did the usual LA stuff - literature, grammar, etc. - but she brought an enthusiasm and originality to her class that was unprecedented in my school years to that point.

For one thing, Ms. Brooks wasn't afraid to present herself as an actual human being and not an Authority Figure. She could be authoritative when she had to be, of course - I know I never wanted to see her mad, not because she could be fearsome, which was true, but because it meant we disappointed her in some way - but she could also be crass, playful, vulnerable, compassionate and sensitive, without worrying about how she might come across. She wasn't afraid to speak her mind and encouraged us to do the same. In fact, she operated her class on the assumption that we kids - nine, ten years old or thereabouts - were intelligent and could think for ourselves. I know...

...because that's how she treated me. She saw that I was a good reader, but she also saw that I had problems with reading aloud - I'd go too fast. So one day she called on me to read a passage from our textbook, and I did, not realizing that she was secretly recording me. She had told me on several occasions in the past about my problem, but it wasn't until I was able to hear it for myself that I was able to do something about it. I have never forgotten that day and I've always done my best to speak at a more moderate pace whenever I've had to address an audience.

Ms. Brooks arranged games and contests related to classwork. During the spring semester, she held a "color war," dividing the class into three groups with color designations and staging events designed to encourage us to read and write as well as to create. (I forget if my team won or not.) One of the events was to make a "music video" (back when videos were still a new concept!) for a parody of Michael Jackson's "Beat It" called "Read It." Each team wrote their own set of lyrics and arranged a choreographed number of some sort. 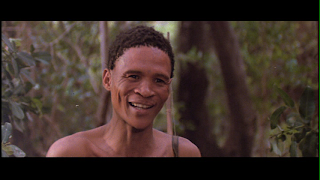 She also took us on the occasional field trip, and one of them was into Manhattan to see The Gods Must Be Crazy. I'm not 100% certain, but I think we saw it in what is now the AMC Loews 72nd Street East theater, only it probably wasn't called that back then. Looking back, this seems like a great leap of faith on Ms. Brooks' part, and again, speaks to the point made earlier about her treating us intelligently. This is a fairly simple, straightforward comedy with a lot of slapstick to it, but it also works on another level, poking fun at what we consider modern society in the Western world, and while I'm sure Ms. Brooks expected us to laugh at the funny parts, I suspect she also wanted this film to make us think as well - and that's one thing she always wanted us to do, no matter what the class lesson was. It was never merely about regurgitating facts. I think ten-year-old me might've realized there was more to Gods than mere bellylaughs, even if I couldn't quite place my finger on it. I know that it was a surprise for me to see a film that humanizes African people.

I feel remarkably lucky to have had a teacher like Ms. Brooks, because she encouraged me to not just think, but think creatively.
Posted by Rich at 11:02 AM