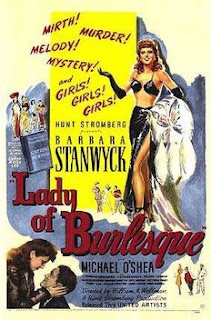 Well, I certainly didn’t expect a murder mystery from a movie titled Lady of Burlesque! Maybe I should’ve looked at the poster first. This one was kinda hard to follow for three reasons: a huge cast, with most of them talking a mile a minute, and in a hipster lingo from almost a century ago. It was worth it, though, to see Barbara Stanwyck shaking her moneymaker!

The history of burlesque dancing is a long one, covering much of world history, cultural mores, fashion, etc. Here’s a Cliff Notes version written by modern burlesque dancer Dita von Teese. For this post, we need to focus on one dancer in particular.

Gypsy Rose Lee was exposed to showbiz early in life. To support the family, she performed in vaudeville, dancing with her older sister, June Havoc, as kids. When June eloped, GRL was able to continue solo as a striptease artist. The legend has it that she chose this path when she had a wardrobe malfunction one night on stage that turned in her favor. She added humor to her act and became a star, performing as part of the Minsky Brothers’ burlesque show in New York. 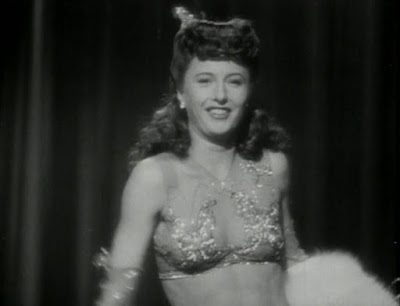 Under her real name, Louise Hovick, she made some Hollywood movies in the mid-30s, and would make more films, plus TV, in the 50s and 60s. The 1959 Ethel Merman musical Gypsy was based on her life, and the Rosalind Russell-Natalie Wood film adaptation came out three years later. Since 2011, there had been talk of a film remake.

In 1941, GRL wrote a mystery novel rooted in her burlesque experiences called The G-String Murders. How much of it is actually her writing has been debated, but the record shows she has been credited as author. Set in an old 42nd Street opera house, GRL herself is the main character, investigating who’s behind a series of murders in which her fellow strippers are strangled with their own g-strings. (A g-string is a bikini bottom that leaves very little to the imagination.) Two years later, William Wellman adapted it for the screen, starring Stanwyck. 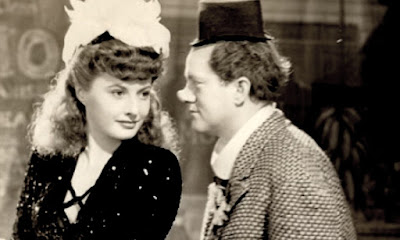 When Stanwyck was still young Ruby Stevens, she was a showgirl. Like GRL, she performed with her older sister, Mildred. In 1923, at sixteen, Ruby danced in the Ziegfeld Follies at New York’s New Amsterdam Theater, alternating as a dance instructor in speakeasies. She would dance from midnight to seven in the morning.

Ruby’s first professional acting experience came in the 1926 play The Noose, as a chorus girl. It was producer David Belasco who gave Ruby her stage name, a combination of the title character in the 1899 play Barbara Frietchie and its lead actress, Joan (Jane?) Stanwyck. As Stanwyck, her first leading stage role was in a play called Burlesque. Her first film role was a bit part in a silent called Broadway Nights as a fan dancer. Needless to say, starring in an adaptation of a book by GRL over a decade later was a big deal for Stany. 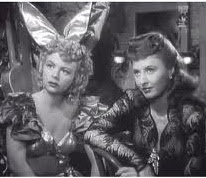 As a dancer/singer, she wasn’t on the same level as Rita Hayworth or Judy Garland, but she was sexy, with good stage presence and charm. (In one scene, she busts a move that looked a lot like breakdancing!) In LoB, she seems at home on a vaudeville stage, dancing alone or with a troupe and playing in comedy skits, and she’s surrounded by an ensemble cast of beautiful women dancers and guys who sing and do slapstick comedy, led by Michael O’Shea. There are no hyper-exaggerated, Busby Berkeley-type sequences here; everything is shot realistically.

Like many “backstage” stories, we see rivalries, oddball characters, romance, the day-to-day business, and tales of “the old days.” The unique world of the stage is expressed in the details: for instance, the women’s dressing room is on a lower floor from the men’s room, but a ventilation pipe that connects both rooms allows the women and the men to communicate. 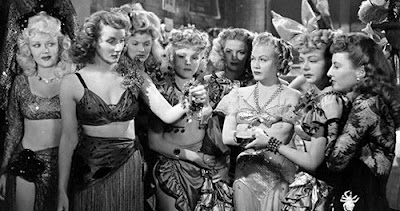 The mystery aspect of LoB didn’t grab my attention that much. I was more interested in the different characters than anything else. Stany also plays a showgirl in Ball of Fire, but that had a livelier plot and Gary Cooper. LoB takes awhile to get going with the murder mystery, and by the time it wraps up, it feels as skimpy as one of Stany’s Edith Head-designed outfits.

My understanding is this adaptation of GRL’s book is sanitized. No big surprise, given the subject matter. Too bad it wasn’t made during the pre-Code era. Still, it’s more than watchable.