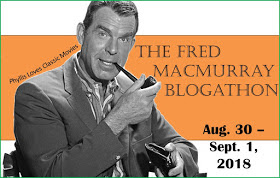 The Fred MacMurray Blogathon is an event in tribute to the life and career of the actor, hosted by Phyllis Loves Classic Movies. For a complete list of participating blogs, visit the host site at the link.

Fred MacMurray is best remembered as a comedic actor and a good guy, but I tend to think of him, in cinematic terms, as a bad guy. It's all Billy Wilder's fault, for casting him in two dramatic films, Double Indemnity and The Apartment, where he plays scumbags.

The latter film in particular is a good example. He takes advantage of both Jack Lemmon and Shirley MacLaine, less as a sneering villain and more with a deceptive charm. He uses them to serve his own ends and he comes across so reasonably in the process; his perpetual nice-guy image is turned inside out. Double may be his most popular film role, but I think The Apartment is his best. 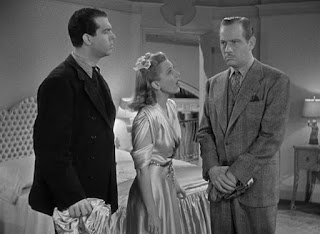 And then there's My Three Sons. The early TV sitcom gave MacMurray's career a second wind, lasting twelve seasons. There's little more than snippets of the show on YouTube, but I watched them for this blogathon. The impression I get is Sons was warm and gentle. The kids seemed unrealistically well-behaved, but gosh, maybe MacMurray's character was just that good a father. A single one, no less. 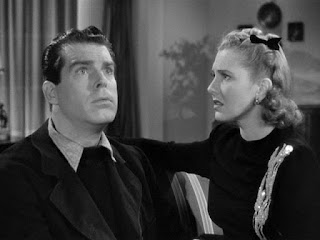 Perhaps you know MacMurray played the saxophone. He played in a few bands while attending college in Wisconsin. He also sang a little. Here he is in 1930, singing with Gus Arnheim and the Coconut Grove Orchestra.

And I would be remiss if I forgot the comics connection. Remember Captain Marvel? Little kid says "Shazam," turns into an adult superhero? (Perhaps this trailer for the forthcoming Shazam film will jog your memory.) Co-creator CC Beck modeled CM on MacMurray. Once you see it, you can't un-see it. 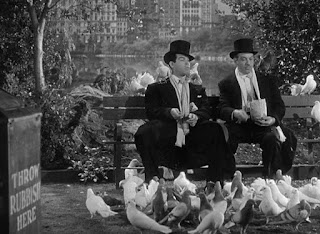 Today's subject, Too Many Husbands, is an early MacMurray comedy that's more of a vehicle for the delightful Jean Arthur. Drowned at sea and believed dead, MacMurray survives and returns home a year later only to find Arthur, his wife, moved on without him and married his best friend, Melvyn Douglas.

Tom Hanks and Helen Hunt needed less than ten minutes to settle this problem in Cast Away. Arthur and company take an entire movie, though in fairness, the whole thing is as fluffy as a pillow.

It's watchable, thanks to Arthur; MacMurray and Douglas just bicker and make goo-goo eyes at her. Would you believe Irene Dunne and Cary Grant made essentially the same movie, My Favorite Wife, in the same year, 1940?