The Oscars and the art vs. commerce debate 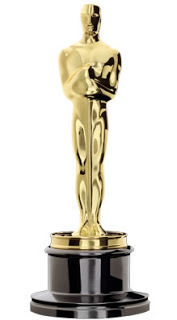 Okay, I read all about this lame new Oscar category for "Best Popular Film" or whatever it'll be called, and I've given it some thought. I get that the Academy and ABC felt they needed to do something to make the Oscars relevant again, and I get that it's called show business for a reason, but this was not the answer. Columns like this reflect my position well. That said, I wanna examine this from a more personal angle.

In my former life, within the comics industry, I had begun my activity at a time, the early 90s, when what was popular truly was mediocre at best. I was in college, and my classmates and I were frustrated at this because we were getting lessons in the fundamentals of art and comics storytelling from industry veterans who didn't fall prey to trends.

Some of us young turks worked within the system, at Marvel and DC, to help bring about change. Most of us, like me, worked from outside by self-publishing our work or hooking up with small press publishers.

I didn't want to compromise my art by being a slave to trends, but you can bet your ass I still wanted to make money. I believe in the 21st century, it's rare, though not impossible, to find creative people who don't want or expect compensation for their work, but much depends on the audience and what they (think they) want.

With movies, a lot of the time they settle for what's most easily available, true, but these days, it's not uncommon to see a popular indie film playing alongside the latest blockbuster at the multiplex. (Over the past few weeks, I've seen Three Identical Strangers playing in small town, three-screens-or-fewer cinemas.)

Does that mean we, the audience, have become conditioned to choose the popular over the unpopular? Probably. If TCM is on, I'd sooner watch a Jack Lemmon flick over some B-movie starring actors I've never heard of. If I'm in the supermarket, I'd sooner buy a familiar brand name product than a generic version of the same thing. I think it's an inherent aspect of consumerism: the product that advertises better sells better.

As I learned with comics, however, popular doesn't always equal better, a mentality I had adopted for years and have found difficult to shake. In the mid-90s, I watched more indie films, in part, because that's what my video store co-workers, whom I was trying to emulate, watched. They tended to scorn Hollywood and I copped that attitude too.

Most moviegoers, though, aren't like that. If they were, films like Spotlight and Lady Bird and Won't You Be My Neighbor would each make $100 million — and it's not like these films are inaccessible, artsy-fartsy meditations for aesthetes.

The Academy continues to honor these "art" films with Oscars over the "commercial" ones, though, and while we may wish this false dichotomy didn't exist, it does — and not just within the film industry.

Can the playing field be leveled so that all films, large- and small-budgeted alike, compete as true equals? Online streaming could hold the key to the answer. It may mean tearing down the old distribution model, which would make me sad — I enjoy seeing a movie in a theater — but maybe that's what it'll take. In the meantime, I don't see the art versus commerce struggle changing much.
Posted by Rich at 4:00 PM