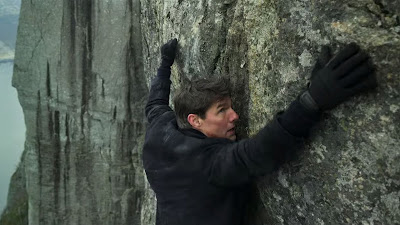 Here's something I haven't talked about yet: the Disney/Fox deal. Last month it was approved by the shareholders, and now I gotta believe Disney won't be satisfied until they own all of Hollywood. This is kinda disturbing. Should one studio have this level of power? If it's not a monopoly yet, it's beginning to feel like one.

One wonders what Unca Walt himself would have made of all this. It's a cinch he wouldn't recognize the business he started so long ago. Maybe I'll do a post on him.

It occurs to me I haven't been to any outdoor movies this summer. This is unusual; it's something I've indulged in for as long as WSW has been around, but not this year.

Meeting Virginia has meant doing different things with my spare time, so there's that. She's actually not a big moviegoer (I had to remind her who Tom Hanks is), and as you've read, we've been doing things like going to plays and concerts instead.

I don't mind; she's exposed me to new stuff I wouldn't have known of before, and being with her has been more than worth it, even if the play or concert bored me on occasion.

Perhaps going to outdoor movies was a way to occupy my time in the absence of someone like her in my life. Don't know — but I find I haven't missed them much. Hope you haven't either.

So Spock is gonna appear in Discovery; this does not surprise me in the slightest. As soon as I saw in the first half of the pilot that Cmdr. Burnham was raised on Vulcan and conveniently knew Sarek, I knew it was only a matter of time before they figured out a way to work Spock into the series. That's not what I wanna talk about.

I read the news on a Star Trek Facebook group. I'm not part of the group; I was just lurking. Ever since I chose not to subscribe to CBS All Access to watch Discovery, I've shied away from the fan groups, blogs, and news sites because I knew Discovery would be a big part of their coverage. I looked at this group, though, because I missed being part of the fandom.

The Trek canon (not owned by Disney) is growing, and will continue to grow in the near future —maybe not in all the ways I want it to, but it is happening. Will it follow the Discovery model and be part of the streaming service? Unless someone says otherwise, I can only assume so, which means I may have to reassess my anti-streaming stance. I know I said Trek fandom no longer needs to rely on CBS or Paramount, but things have changed in a big way since then. Maybe I need to get with the times?

Starting to pick up a little around here; we got some more blogathons scheduled for the coming months, and some good-looking movies are on deck. Hope you'll stick around.


A vocal group from 50s television helped Paddy get through a hard time.

Theresa interviews classic film fans from around the world.

Jacqueline remembers the Bicentennial via the film and musical 1776.

Silver Screenings Ruth finds out how Hitchcock made Rope look like a one-take film.

Le reviews a movie written by Billy Wilder & Charles Brackett about immigration, that could have been written yesterday.

Reels of Hollywood nitrate are stored in an underground vault near Kansas City.

The Queens World Film Festival achieves another milestone by ranking on a list of top film fests.

Even if this urban legend about a 19th century silent film that drove audiences to madness is fake, it's a helluva story.

An argument for sharing silent films with the few who still remember them.

Seth Rogen does a PSA for the transit system in Toronto.