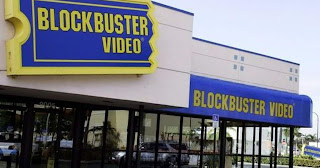 ...Pick up. Drop off. It was, for many, a daily experience. Blockbuster made it easy for you, with mailbox-like units that you could deposit your used movies in like letters. You didn’t even have to get out of your car. You pulled up, rolled down your window…
And in writing this, I realize how absolutely ancient that must seem to a teenager.


It's true, there was a time, not that long ago, when Blockbuster Video stores were as ubiquitous as Starbucks cafes. Hard to believe that time has passed, but how can you compete with online streaming? Still, I never thought the day would come when BB would generate not only nostalgia, but sympathy.

BB as the underdog, the analog lone wolf struggling to survive in a digital wilderness? Under other circumstances, I might be more  sympathetic. Fact is, though, my history within video retail gives me a different perspective, because for many years, BB was the enemy. 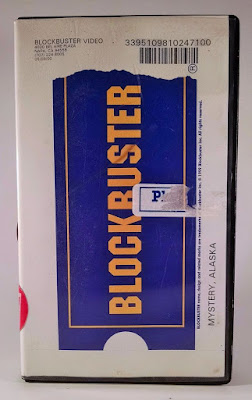 I worked at three independent video stores from 1996-2003 (plus a six-month stretch at Tower Records in 1995, where I split time in the video and music departments), and one thing the customers at each indie had in common was their gratitude we weren't BB.

I'd hear it all the time. Maybe it was  because it was New York City, and we tend to get indie and foreign films before most places (and for a longer time), but I dealt with customers who demanded more than just mainstream Hollywood cinema — and BB didn't supply it as much or as often as we did.

That made a big difference in all three indie stores in which I worked, though in the end, BB won out through sheer strength in numbers. When I worked at the Third Avenue store, a BB opened on Second Avenue, on the same block as us, but I don't remember feeling seriously threatened. I believed we could compete with them, in large part, because so many of our customers hated BB and wanted nothing to do with them. 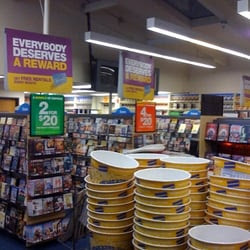 Oh, yeah, that's another thing: BB, like other national chain businesses, set up shop in locations where their (smaller) competition, like us, was already established, so that they could be top dog in time. They could afford to wait, too. Funny how none of the articles I've seen about the last BB standing mention little details like that.

And y'know, props to the Bend, Oregon BB for keeping their doors open this long and surviving in the age of Netflix, but as someone who actively worked against them for eight years, I can't forget the old days that easy. One day, sooner rather than later, the last Blockbuster Video will die, too... but the end will come far, far too late for me.