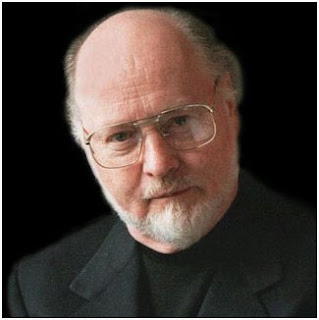 Let's be honest: if you're reading this blog, chances are you can hum at least three John Williams tunes, if not more. His scores have transcended the film world and have become part of the mainstream culture at large, and while he's worked with a variety of different filmmakers, in many people's minds he's mostly associated with Steven Spielberg. This is the last Soundtrack Saturday feature. I have something special planned for the next four Saturdays in February (also music related), and then a new regular Saturday feature will begin in March, so what better way to end than with a tribute to the undisputed king of film composers?

Star Wars: Music By John Williams,
a documentary about the making of the Empire Strikes Back score
with a look at some of his earlier work from the 60s and 70s