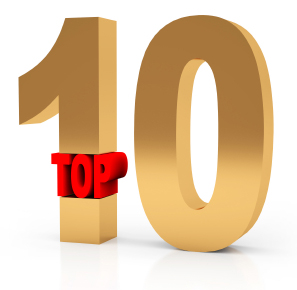 I wasn't gonna do this at first. Then I thought I'd do it, but post it on the WSW Facebook page instead. I used to do year-end top tens on my old comics blog and it kinda got old after awhile for me, and I didn't think there'd even be much of an interest in it here anyway. But I think people always have an interest in year-end top tens. And besides, I did see some really good films in 2011, and I'd probably regret it later if I didn't do at least one year-end top ten on this blog, so here we go...

10. Higher Ground. A movie that I connected deeply with. It's not easy to question the ideals one has grown up with, especially if it has to do with religion. I just felt like this spoke right to me. Plus, it has made me a fan for life of the remarkable Vera Farmiga, who starred in and directed it while pregnant and gave one of the best, most overlooked performances by an actress this year. I really hope this is only the beginning of her filmmaking career.

9. Restless City. Easily one of the highlights of the Urbanworld Film Festival for me, Andrew Dosunmu's tale of African immigrants in the big city is visually breathtaking to look at, with a compelling character-driven story to complement it. I don't think this one has hit the radar of too many other film sites and critics, which is unfortunate. Perhaps it can find a distributor in 2012. I hope so, because I could easily see this as an art house hit, much the same way Steve McQueen's Hunger was a few years ago. Like McQueen, Dosunmu has an eye for artistic composition and color that shows through in his work.

8. Attack the Block. Another fine example of the power word of mouth can have on a film. The more I kept seeing people blog about this one, the more I thought I'd better give it a shot - and I'm glad I did. Why do studios feel the need to throw hundreds of millions of dollars on "tentpole" action movies every year when a smaller-budget film like this can do the job as well, if not better?

7. Hugo. Of course, big-budget movies can be great too, if done right! What can you say about Martin Scorsese that hasn't already been said? After over forty years in show business, he not only shows no signs of slowing down, he continues to push past his boundaries and discover new ways to express his love of film, and this one expresses it in a lively and unique way. A Scorsese movie shouldn't really qualify as such, but I found this to be one of the most pleasant surprises of 2011.

6. Martha Marcy May Marlene. It wasn't just Elizabeth Olsen's mesmerizing performance in this film that sold me, but John Hawkes' too. Together, they made for one killer combo in this strikingly original film in which what you don't see is every bit as important as what you do see. This was a film I had to be coaxed into, not being entirely certain what to expect - is it a horror film? A suspense film? There's an Olsen sister that can actually act? Sometimes, though, you just have to jump into the deep end and take a chance on a film. This was another one of those times, and it paid off.

5. Rise of the Planet of the Apes. Way better than it had a right to be, this was the best film of the summer by a longshot. By now, you're probably sick of hearing me rave about Andy Serkis' remarkable performance-capture role as ape of destiny Caesar, so let me just say this: while I don't honestly think he will get a Supporting Actor Oscar nomination, in the end it doesn't matter, because the impact he has made, with his roles in the Lord of the Rings films, King Kong, Tintin, and this, has already been made and felt, and will continue to be felt. Should all movies use p-cap? No, but when applied the right way, it can make all the difference between a mediocre film and a good one.

4. Kinyarwanda. One of the great movie industry stories of 2011, without question, is the success of AFFRM and their ability to bring quality black films into major movie theaters in major markets nationwide. I Will Follow was first, but this one, I believe, was the best. A moving, suspenseful, funny and life-affirming story, its lesson - that forgiveness is a greater power than vengeance - is one that we all badly need to learn. Thank you, Alrick Brown, for directing it, and thank you, Ava DuVernay, for distributing both this and I Will Follow. Keep up the good work.

3. Pariah. I needed no coaxing to see this one; I was sold on it ever since I first read about it way back during last year's coverage of Sundance. Not that I can attest to what life is like for a black teenage lesbian, but it felt real, it felt honest, and it felt down-to-earth. Writer-director Dee Rees is a name I hope to hear a lot more of in the future, especially if she can make movies like this. In my dreams, this screenplay gets an Oscar nomination. Will never happen, I realize, but I keep seeing FYC ads for it so who knows?

2. The Descendants. I never said this in my original post, but a major reason why I loved this so much was because it made me think of my father. He wasn't in a coma, like George Clooney's character's wife, but there are things I would've liked to have said to him before he died and never got the chance to. Nothing earth-shaking, but small, personal things that perhaps would've made me understand him a little better. So in that sense I felt like I could relate to what this story was all about - and of course, Clooney was so wonderful in it. While his was not the best performance by an actor in 2011, in my opinion, I'm gonna pull for him anyway because my top choice in that category probably won't make the cut...

1. Take Shelter. ...and this is it. I have Kris Tapley of In Contention to thank for turning me on to this film. I was very reluctant about seeing it, but he kept going on about it and how great it was and how great Michael Shannon is in it, so I was like, okay, I'll see it. Descendants is the only 2011 film I gave five lambs to at the LAMB forums, but it's this that has stuck with me the most - especially that ending. Shannon and Jessica Chastain were both riveting in it, and it's certainly nothing if not reflective of the state of the world today. It can also be interpreted in more than one way, however, which is so amazing about it. A first-rate job from writer-director Jeff Nichols.

Agree? Disagree? Let's talk about it.

[FYI: Look for my Oscar nomination predictions this Friday on the WSW Facebook page!]

Email ThisBlogThis!Share to TwitterShare to FacebookShare to Pinterest
Labels: Top 10