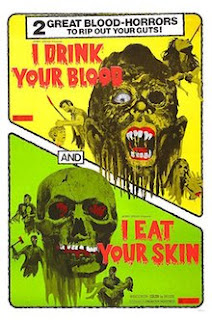 Director-turned-producer and distributor Jerry Gross took advantage of this trend by placing an emphasis on exploitative posters, taglines, and especially titles: Vice Girls Ltd., Girl on a Chain Gang, and Teenage Mother were among the films he produced in the 60s. (He also distributed Sweet Sweetback’s Baadasssss Song, among other indies.)

In 1970, in the wake of the Charles Manson murders, Gross’ Cinemation Industries commissioned writer-director David E. Durston to make a cheap, graphic horror film without any supernatural elements. Inspired by a news item about an attack by rabid wolves in Iran, the result was I Drink Your Blood, a film in which a Satanic cult unknowingly ingests blood from a rabid dog and goes a little cuckoo. 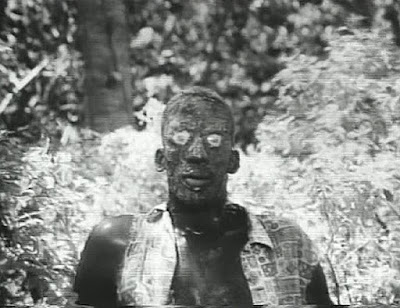 A year later, Gross acquired the rights to a 1964 zombie movie written and directed by another multi-hyphenate, Del Tenney, called, um, Zombies. In that one, a jet-set novelist travels to a Caribbean island with his agent and the agent’s wife to work on his latest book, only to run afoul of the local voodoo cult (strangely, the name “Voodoo Island” does not provide them with a clue that this may not exactly be Club Med). Gross chose to put the two films together as a mandatory twin bill for the drive-in market, and Zombies was retitled I Eat Your Skin.

Both movies are crap. Blood, made when the boundaries on sex and violence in movies had been pushed much farther, at least has nudity and more gore than Skin, not that it counts for a great deal in the end—but it did earn an X rating. This was during a time when movies like Midnight Cowboy, Beyond the Valley of the Dolls and Fritz the Cat were getting Xes, so I suppose that’s saying something. 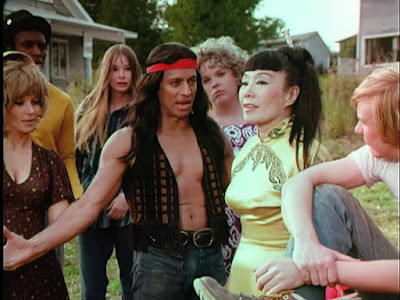 The Satan cult in Blood made me think (hope?) it would be along the lines of The Devil’s Rain, but the Satanic elements are jettisoned once the rabies takes hold and the killing starts, and while the deaths are mildly entertaining by today’s standards, perhaps the creepiest element of the film are the horrible things done to animals—including rats. If you’re any kind of animal lover, this movie is absolutely not for you!

As for Skin, it treads the same ground as I Walked with a Zombie and White Zombie, with POCs and their scary, foreign rituals and their covetousness of white, blonde women. It also had some elements of Island of Lost Souls, though that’s not evident until the end, when the big bad’s master plan is revealed after it was foiled. 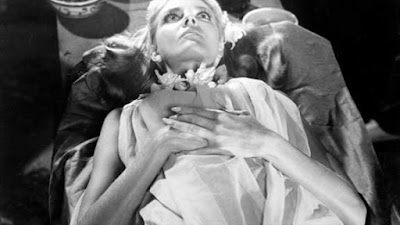 But of course, these movies’ deficiencies did not keep them from developing a following that persists even today. In 2017 a book came out devoted to 70s drive-in films and drive-in culture.

These movies are fun in a campy, retro way, no doubt, and every so often, especially around this time of year, they can be good for a laugh, but the level of devotion these and similar drive-in movies get continues to puzzle me. Maybe it’s because I don’t drive?

The drive-in trailer for both movies (NSFW) (and spoilers)