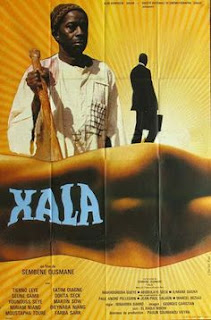 I’m glad I found one pre-1980 African film during this cinematic world tour to write about. I can’t say I know anything about the kinds of movies that come from the motherland; any film set in Africa I’ve seen was usually produced by an American studio, like Disney’s Queen of Katwe, or a European one, like the animated Kirikou and the Sorceress or the more recent A United Kingdom. The Gods Must Be Crazy may be the only other African-produced film I’ve written about here (South Africa and Botswana, according to IMDB).

Senegal is in west Africa. Here’s a pre-virus profile of the country from the BBC, but the key bit of info here is this: Senegal won its independence from France in 1960. Three years later came the debut film, a short, from a man who would go on to become one of Africa’s most prominent cinematic voices: Ousmane Sembène. 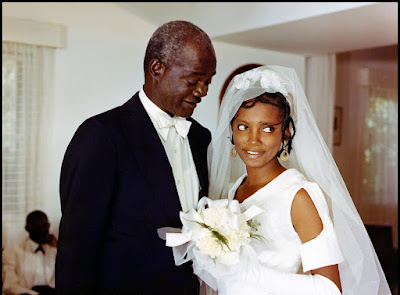 Born in Dakar as the son of a fisherman, Sembène was a prominent novelist for years before turning to film, believing he could reach a wider audience with movies. After experimenting with shorts for a few years, in 1966 he released his feature debut La Noire de..., AKA Black Girl, which won France’s Jean Vigo Prize for emerging filmmakers. His subsequent films appeared in film festivals worldwide and helped raise awareness of African cinema in general. Here’s an appreciation of his books and films from a literary website.

In 1973, Sembène wrote Xala (the x is pronounced like an h), a book about a sexually impotent Senegalese politician who believes the cause is a curse (“xala” is Wolof, the native language of Senegal, for “temporary sexual impotence”). Two years later, Sembene turned it into a movie. 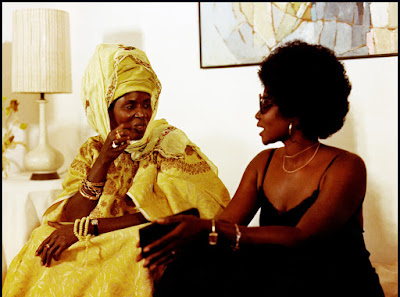 This is supposed to be a satirical comedy, but I couldn’t see where the humor was at all. I knew nothing of Senegal when watching this, and I didn’t want to laugh at things I thought were just part of their culture. Still, ignorance of a foreign culture didn’t stop me from laughing at Gods. I’ve talked about this problem before, and this time an audience definitely would’ve helped me recognize where the humor was, at the least.

We learn a great deal about the Senegal of the 70s. Polygamy is a thing, and while most women are okay with it, some aren’t. Sembène had little faith in the ability of the new independent government to serve its people; we see poor, crippled citizens, some either lame or with mangled legs, struggling to get by while the political elite live in comfortable houses and have elaborate wedding parties. The European influence still has a hold on the country. And of course, belief in supernatural elements remains prevalent in this modern society; one character is a “marabout,” a Muslim scholar who functions in the story almost like a witch doctor. 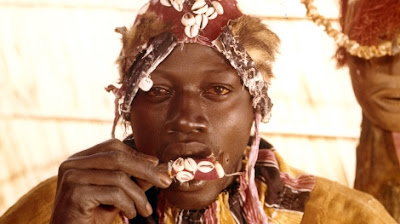 Sembène’s filmmaking style is pedestrian; lots of middle-distance shots of the characters with few close-ups. That said, nothing here feels slick or over-polished. I suspect for him, the mere act of providing access to a part of the world rarely seen in European and American media and presenting the truth of it was enough to get him the appreciation he got, and there’s nothing wrong with that.

El Hadji, the main character, was played by a man named Thierno Leye. This movie is his only IMDB credit and he has no Wikipedia page. I thought he was fine at being a scumbag.

In 2015, there was a documentary about Sembène called Sembène! Todd McCarthy at THR called it academic but informative.