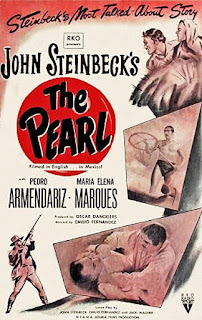 Mexico has a strong tradition in film that goes back at least as far as the dawn of the sound era in Hollywood. People speak of a Golden Age which produced a wide variety of stars and filmmakers, some of whom crossed over into American cinema. Aurora has blogged at length about some of these stars; here’s a wider study on the era from last year.

Mexico underwent a wave of urbanization in the 1940s, and the film industry benefited. Studios developed in Mexico City, and while the US and Europe were making war movies, Mexican cinema was able to be more diverse in its subject matter, and prominent filmmakers emerged. One example from this era is a fella named Emilio Fernandez. 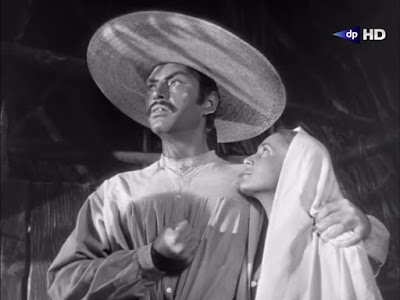 A former soldier in the Mexican Revolution of the 1910s, “El Indio” spent time in LA in a bunch of jobs, including a stonemason in Hollywood. Legend has it he was the model for the Academy Award statuette—the Oscar. He studied movies, appeared in a few Hollywood ones, came back home and took up directing as well.

In 1943, he directed Flor Silvestre, Dolores del Rio’s Mexican debut feature. A year later he would win the Palm d’Or at Cannes with another del Rio movie, Maria Candelaria. He would go on to become a multiple winner in the Ariel Awards, Mexico’s Oscar, as a director and screenwriter; as an actor, he’d appear in Hollywood films such as The Wild Bunch, Pat Garrett and Billy the Kid and Bring Me the Head of Alfredo Garcia.

American novelist John Steinbeck published the novella The Pearl in 1947, a story set in Mexico and inspired by a folk tale he had heard there in 1940. It’s the kind of story studied in school, along with The Grapes of Wrath and Of Mice and Men, though I never read it. The story was serialized three years earlier in a women’s magazine, which attracted interest in turning it into a film. 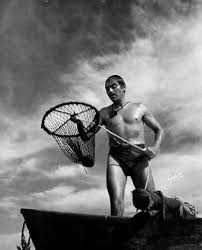 RKO Radio co-produced the film version with Aguila Films and Film Asociados Mexico-Americanos. Steinbeck co-wrote the screenplay with Fernandez (and Jack Wagner). Fernandez cast another regular of his in the lead, Pedro Armendariz—who was the male lead in Flor and Maria with del Rio—alongside Maria Elena Marques.

In The Pearl, a Mexican pearl diver in a small village uncovers a pearl in an oyster one day and while he and his wife ponder what they’ll do with the money they could earn from selling it, unscrupulous types within his village want it for themselves. From the start, it’s presented like a folk tale, in which the characters come across as a bit idealized, but I thought that made them more relatable. There’s a siesta sequence with a lot of time-filling singing and dancing that stops the plot-related action dead, but I suppose it is nice to look at. They play “La Bamba” at one point!

The underwater sequence where Armendariz spots the oyster with the pearl and cuts it loose is done well, but as I always do in scenes like this, I wondered how long the character is supposed to be able to hold his breath. Granted, he’s in good physical shape and this is what he does for a living, but anything longer than a minute tends to stretch my suspension of disbelief to the breaking point. 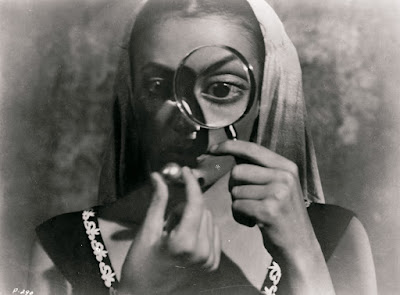 The third act is where things really take off. The principals’ relationship is really tested by the presence of the pearl—should they keep it or get rid of it?—and they end up going on the run. The chase is fairly riveting, with a tragic climax. Fernandez gets so many beautiful shots of the Mexican countryside; shooting took place in Acapulco.

The Pearl was remade in Mexico in 2001, and in 2002 the original was added to the National Film Registry in the US. I can see why; it’s an entertaining movie that features some of Mexico’s finest during the peak of their careers.
Posted by Rich at 11:45 AM