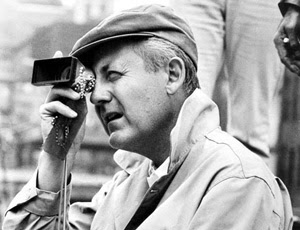 The timing for this post on Robert Wise is fortuitous: his birthday was last Thursday (the 10th) and he died on this day ten years ago. Once again, I didn't plan it that way. Just happened.

Speaking of milestones, this year marks the 50th anniversary of Wise's film adaptation of The Sound of Music, and there have been quite a few events surrounding the musical. The cast reunited for a screening at this year's TCM Film Festival. Vanity Fair did a nice piece which includes interviews with stars Julie Andrews and Christopher Plummer. There's also a new stage production that has begun this month throughout North America. I have never seen The Sound of Music. It always struck me as looking too saccharine-sweet for my taste - but of course, I know the songs. Everyone knows the songs.

Looking over Wise's filmography, I'm surprised to see how much genre material he did - not just the ones about the alien and the robot, the haunted house, and the TV spaceship - but stuff like The Andromeda Strain, The Body Snatcher (Karloff & Lugosi!), and The Curse of the Cat People! Not exactly the kind of movies that one would expect from the director of two of the greatest movie musicals of all time, but it's cool that he had such a diverse range. 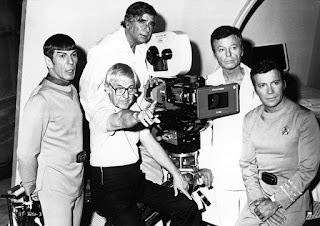 Did you know that Wise was the editor on Citizen Kane - and was Oscar-nominated for it? His film career began at RKO in the 30s, editing sound and music. He edited such films as The Hunchback of Notre Dame and My Favorite Wife before Orson Welles recruited him for Kane. He also edited The Magnificent Ambersons for Welles. Here's an article that goes into a little more depth about Wise's experience on Kane, which is notable for, among many other things, Welles' use of "deep focus," which brings the fore- and backgrounds into focus thanks to special lighting. Wise would adapt the technique for his own films.

I wanna talk about one film of his that I've seen on TCM several times but I've never written about until now: an ensemble called Executive Suite. It's a very fine, underrated drama about the machinations within a corporate boardroom when its head unexpectedly kicks the bucket. The pivotal character belongs to William Holden, who has an opportunity to change the direction of the company for the better, but is opposed by competing forces with agendas of their own. I think it's one of his best roles. He also gets to share a scene with his old friend Barbara Stanwyck, for the first time since they starred together in Golden Boy, the film that put Holden on the map, thanks to Stany. 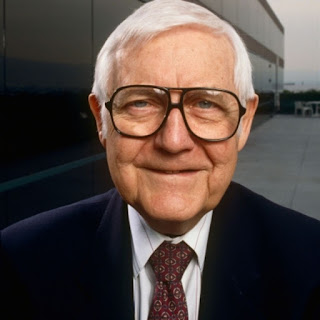 Wise does a great job at balancing several different plot lines with a wide range of stars, including Fredric March, June Allyson, Walter Pidgeon and Shelley Winters. It's not based on a play, but it could be; it has a bit of a theatrical touch. There's no score in the film, a rarity in an Old Hollywood movie, but it doesn't really need much of one. The performances carry the film. CBS tried to revive Suite as a TV series in the 70s, but it only lasted one season.

Despite directing two Best Picture winners and a number of other memorable movies, and especially considering his connection to Welles and Kane, Wise doesn't really get mentioned in the same breath as other Hollywood star directors like Hawks or Wilder or Lang, and I don't think anyone's ever called him an "auteur." (One day I'm gonna have to write about why I think that word is extremely overrated.) He's gotten his due from way more than just the Academy: the AFI, the Directors and Producers Guilds, the Golden Globes, the Broadcast Film Critics, etc., but I get the impression that he's not as big a household name as he should be. Maybe I'm wrong - but there's no doubt that his place in Hollywood history is secure.