The One Year Switch Halftime Report

So we're halfway done with the great experiment and it's gone better than I expected so far, and I don't just mean in terms of numbers. The pageview numbers are fairly consistent compared to those from last year, but at this point I'm no longer interested in comparisons between this year and last. This year has become its own thing, and I'm convinced that my audience is still here, and that I haven't put anybody off with the change of format - which is good to know. So thank you to all of you who have stuck with me this far! 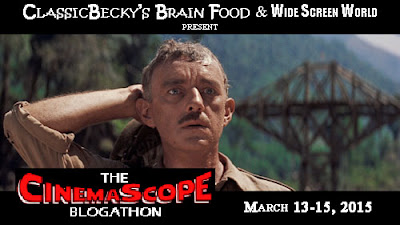 Without question, the high point so far - and it'll probably stay that way all year - was the CinemaScope Blogathon. I'm still amazed by the number of people who turned out for that. I would've done a blogathon of some sort this year, with or without the format switch, but it meant a lot to have the reception that I got for this one in particular.

In addition: I'm quite proud of my interview with Jacqueline - her Ann Blyth book is on sale now! - which was the first Q-and-A I had ever done for WSW. I used to do Q-and-As for my old comics blog all the time, but I never had a great opportunity to do one here until last month. It helped to have a subject as willing to talk as Jacqueline. Also, I was fortunate to have been Johnny-on-the-spot for the Loew's Jersey City court case decision. While it has nothing to do with Old Hollywood directly, it was a story I had to talk about. 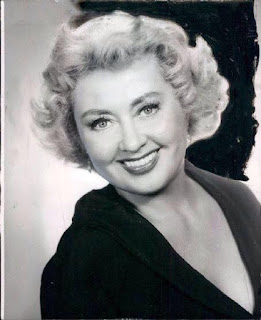 My Joan Blondell post got a whole lotta attention! It currently has the second-highest pageview count. It was part of a blogathon, and I always get a bump from a blogathon post, but this was far beyond what I expected. Nice to know there's still plenty of love for Joanie after all these years!

Plus: my Ethel Waters post did very well (looks like she's better remembered than I thought), though it doesn't have numbers as big as the Joanie post. Also, my capsule review of the current movie Ex Machina got a ton of hits, though that was probably more due to the image from the film I used more than the "brilliance" of my review. And as for my Queens World Film Festival coverage, I got a big spike for this post when the director of the short film The Shed saw my review. He thanked me for it through e-mail, and I can only assume he passed the link to my review on to his friends.

On the down side, my post on To Kill a Mockingbird didn't do nearly as well as I had hoped, which was a surprise given all the hoopla around the "new" book by Harper Lee coming out soon. Also, while my #TCMparty post did okay, I expected slightly bigger numbers. Ditto for my post on Sleeper. 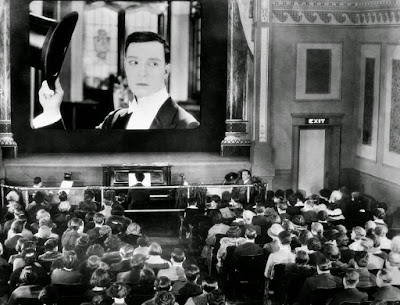 One of my primary goals was to try different kinds of posts, and I feel I've done that. Some have gone over better than others, but that was to be expected. I know lots of classic film bloggers tend to stick with movie reviews and analyses, but that's not for me. That's why I do all these silly (and not-so silly) features. I didn't think I'd do much in the way of opinion pieces, like watching movies alone or the importance of non-profit theaters, but I have, and I'm grateful for that. They add to the mix. As a result, I haven't written about as many actual movies as I thought I might.

This isn't a new observation, but I was reminded of it again this year: as you may know, I started WSW as a way to keep myself writing, and I engaged in this format change as more of a writing challenge than anything else, to keep things fresh. Thing is though, the more I look at other classic film blogs, the more I see just how much old movies mean to certain people, how deeply entrenched they are in certain people's lives, young and old(er). It can be a bit intimidating at times - not always, but occasionally. I know I can come across as a dilettante by comparison, but I like to think that my love for movies, old and new, shows through.

In her interview, Jacqueline said that she regards her Ann Blyth book as a product of the film blogger community as much as it is a work of her own. That surprised me at first, but once I thought about it, I understand why she would think that. You can't help but engage in some give and take with your peers if you blog long enough, and that give and take can only strengthen what it is you do.

In the coming weeks: more blogathons (duh); more profiles, including two from the silent era in August; more movie-related book reviews; a Rudolph Valentino twin bill; a return to the #TCMparty; a couple more stops on the Cinematic World Tour; another Battle Royal; and my fifth anniversary post!

I'm taking a LONG Fourth of July weekend off. I'll be back July 8 with a film from the 40s that really changed people's perspective on movies!

One last thing: at the pace I'm going, I expect to hit my 1,000th post sometime before Thanksgiving. I have absolutely no idea what I wanna do for it. Any suggestions?
Posted by Rich at 8:00 AM