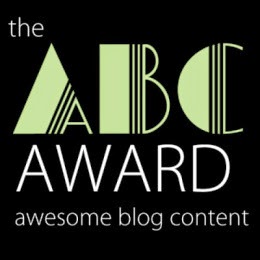 In ten years of self-publishing comics, I never got as many "awards" as I've gotten in not-quite-four years of blogging! Anyway, thank you, Aurora, for bestowing upon me this latest laurel, the ABC Award.

Y'know, as I sit here today, looking out over this virtual sea of faces through my laptop, I think about how I got where I am today... it didn't just take hard work and dedication. Nor did it take a passable knowledge of film history and a sharp, bracing wit that has made Wide Screen World a legend from one side of my bedroom to the other... No, it took something more. Something deeper... something more important than all of these things put together!

Okay, so what do I gotta do here? Use each letter of the alphabet to describe myself? As if I haven't bored you all to death about my so-called life already? Sure, I can dredge up a few more tidbits. Why not?

A is for art school. Eight years of it. I can tell you the difference between doric, ionic and Corinthian columns, draw your face in pencil, charcoal or pastel, and stretch, staple and Gesso a canvas onto a frame with the best of them. And that's why today, I'm a writer. Win!

B is for Barcelona, Spain, where I spent an unforgettable summer back in 1993.

C is for Columbus, Ohio, where I lived for a little over a year and has become my home away from home. 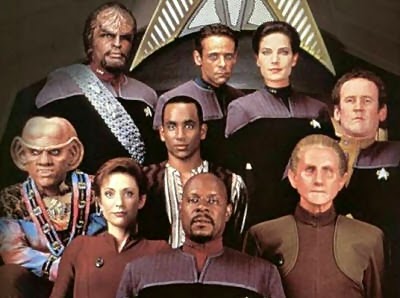 D is for Deep Space Nine.

E is for easy as pie to think of something for... 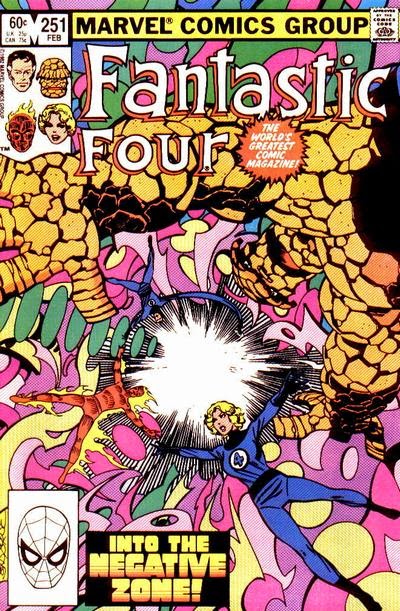 F is for Fantastic Four, the comic that got me into comics. Part of it was the stellar art at the time, but mostly it was the distinctive characters in combination with the epic scale of the stories that did it. They had these amazing powers and did these amazing things, but never lost the things that made them human and relatable. Still, I didn't rush right out to see either of the first two movies, and I doubt I'll do that for the upcoming reboot, because for the life of me, I cannot understand why Hollywood insists on tweaking and altering and changing what should be a simple concept.

G is for guitar. I took lessons for a very brief period during my childhood, even performed at a recital, but it never took. I am, however, an amazingly proficient and self-taught air guitarist. 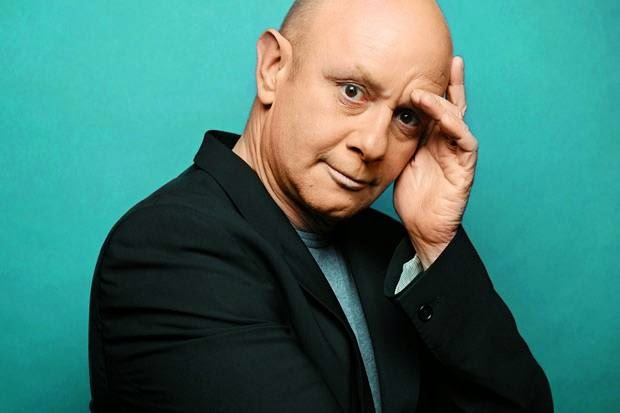 H is for Nick Hornby. One of my favorite writers.

I is for ink. I recommend Speedball, partly because it comes in a wide-mouth plastic jar, which makes for easy dipping with your brush or nib. Avoid Higgins like the plague; it's never quite dark enough. 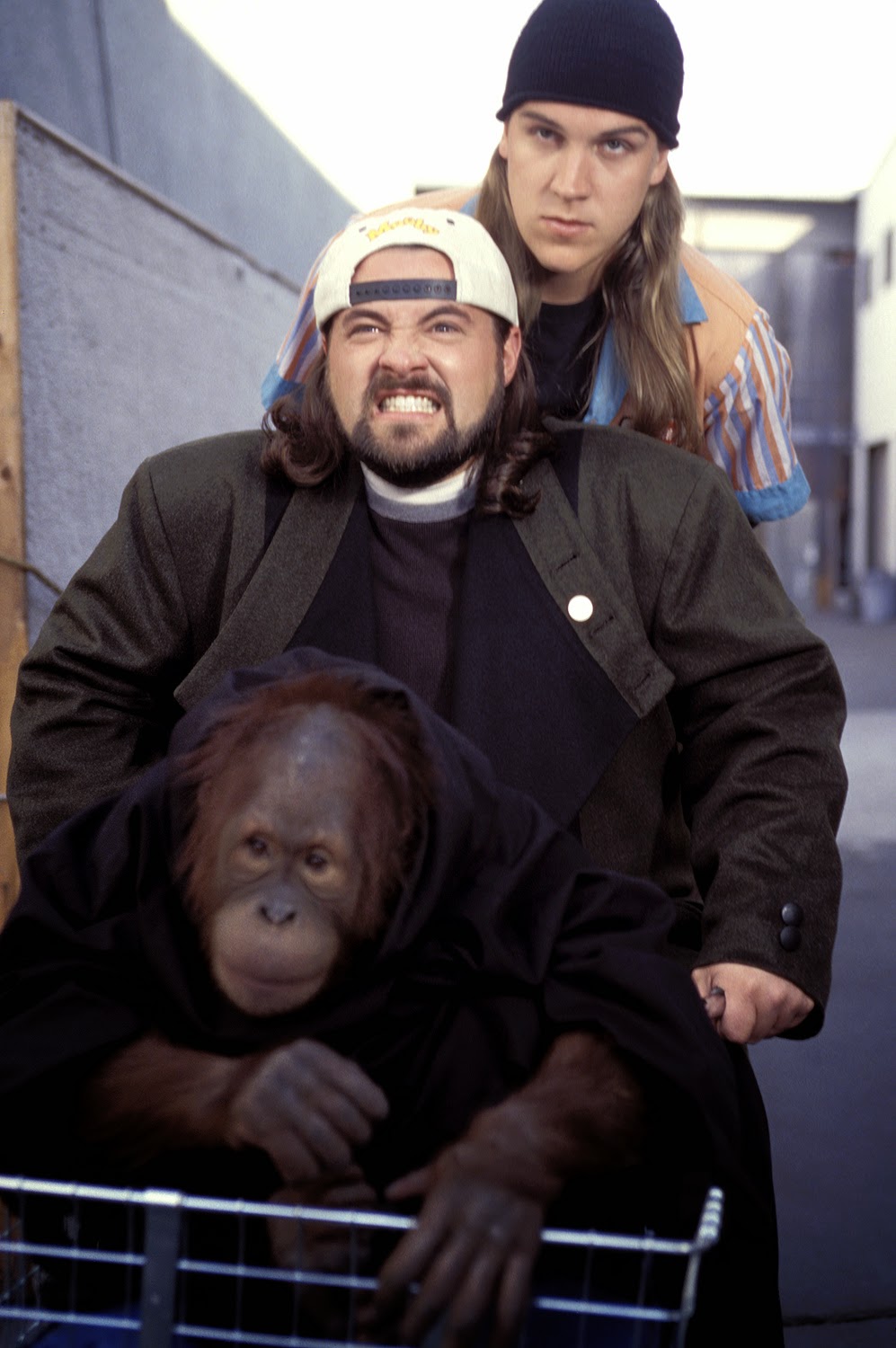 J is for Jay and Silent Bob. Snoochie boochies!

K is for Krispies, Rice. My usual breakfast food, though sometimes I'll go with waffles.

L is for livable streets, a cause I believe in. Cars dominate our streets (and our culture) way too much, and when they're driven by reckless drivers, they can injure or kill people. I'm not anti-car, but I do believe that our infrastructure needs to change in order to allow for other forms of transit, such as buses, bikes and pedestrians. Public transportation needs stronger financial support on the federal, state and civic level. We need stronger laws that will penalize reckless drivers, and they need to be enforced.

L is also for my sister Lynne. 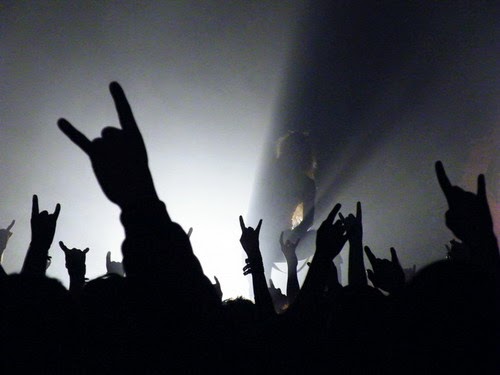 M is for METAL! I was a metalhead in high school for about five minutes.

N is for New York. For better or worse, it's home. 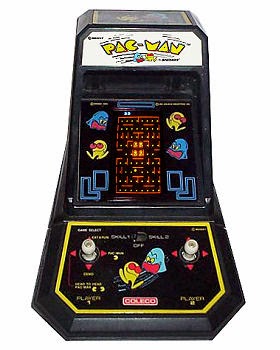 P is for Pac-Man. This is the Tabletop Arcade game from Coleco. I played the crap outta this as a kid - and I'm sure I pissed off my entire family by doing so, because the beeps and bloops it made were loud! I was a video game fiend back then, especially for Pac-Man. I had one of those paperback books about how to win at Pac-Man that were all the rage. It didn't help much. I was actually much better at Ms. Pac-Man. I also watched the Saturday morning cartoon, and had the Pac-Man board game. 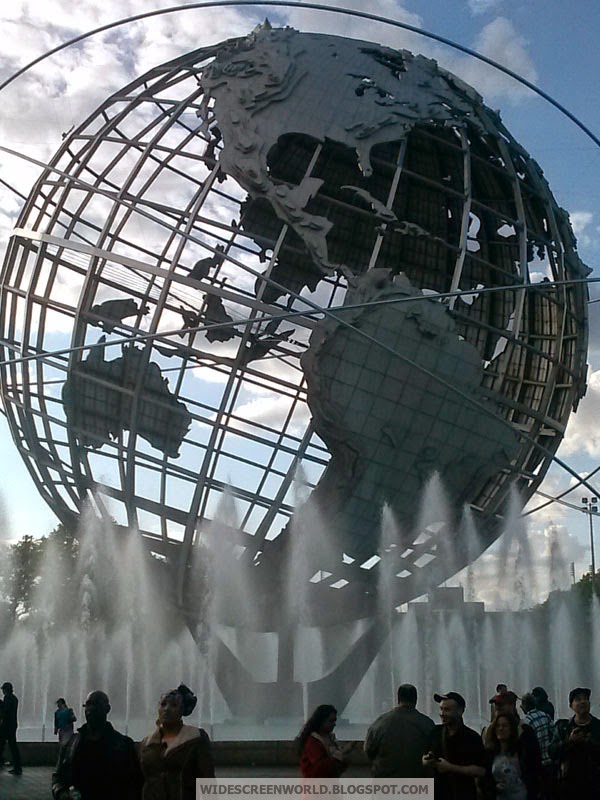 Q is for Queens! 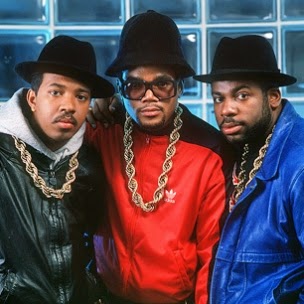 R is for Run DMC! I wore a Kangol hat for years because I wanted to look like DMC. 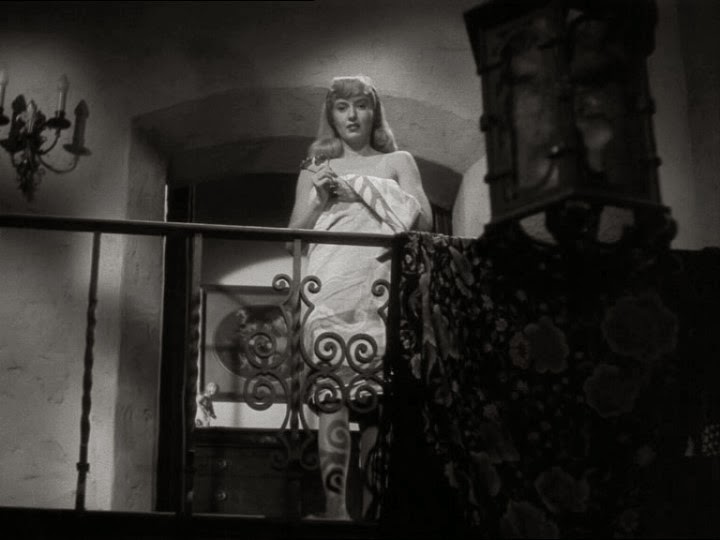 S is for Stany.

T is for trying to come up with a word for... 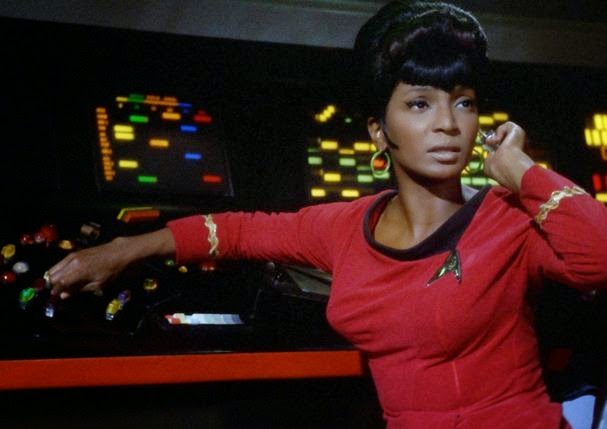 U is for Uhura!

V is for videos. Not the ones they make today, of course, but back when I was a kid. Every Friday night there would be these two video shows on at the same time on local TV, Friday Night Videos and New York Hot Tracks, and I'd flip back and forth between them because I didn't have MTV yet and I had to see my favorite videos. Then we got MTV (and VH1), and for awhile there was even a local video channel called U68 (any fellow New Yorkers remember that?) that didn't require cable. Still, videos meant a lot back then. They were like mini-movies, and they brought you closer to your favorite bands in a way. 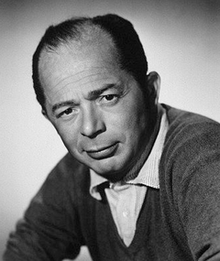 W is for Billy Wilder. Still the best, whether behind a camera or a typewriter.

X is for X-Men. Fun fact: when I was a kid, one way I'd learn to draw was from copying the images out of my comics. I specifically remember doing this with X-Men a lot. I wouldn't trace, either; I did it by eye - copying as many different images of Cyclops and Colossus and Wolverine onto a single page as I could. It was important to me to do it this way, and I couldn't tell you why except to say that it was. 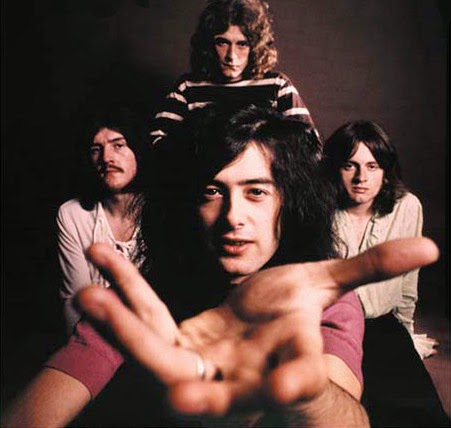 Z is for Zeppelin, Led. One of the first classic rock bands I got into in high school.

Thank you, you've been a wonderful audience!