Five movie stars (and one director) who share my birthday 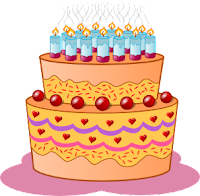 I normally don't make a big deal out of commemorating another natal anniversary (as Ivan calls them). Growing older has given me less reason to celebrate as the years pile on, but still, I try not to think about it and attempt to go through life as if I were still 25 and the world was my oyster. (Strange expression. What would I do with an oyster other than eat it?) But you're not here to listen to me complain about getting old (are you?), you're here for me to amuse and edify you (I think), so check out these movie makers, past and present, with whom I'll share the birthday cake with today: 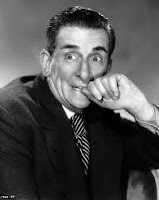 - Edward Everett Horton. I just found this one out recently. Cool, huh? Eddie was always the "dandy" type in classic films such as Top Hat - and, of course, he also narrated the "Fractured Fairy Tales" in Rocky and Bullwinkle. He's always a pleasant addition to any movie; fussy, prim and a little uptight, yes, but always in a good-humored manner. Did he embody a gay stereotype? Maybe... but the kinds of characters he usually played were never embarrassing in the way that, say, Stepin Fetchit was embarrassing. I can look at a movie with Eddie in it and not want to reach for the mute button every time he appears. So take that for what it's worth. 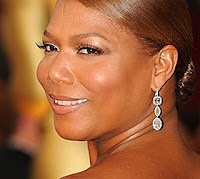 - Queen Latifah. This one I knew about for years. Never seen Chicago, but I have seen her in a few films both before and after it, such as Stranger Than Fiction - and yes, I even remember her when she was still a rapper. I have nothing against her. It's amazing how she's been made over into a glamour girl post-Chicago; I see her in make-up ads all the time now and she looks sooooo beautiful. Definitely would've preferred it if she hadn't lost quite so much weight, though; there are more than enough skinny chicks in Hollywood.

- Brad Dourif. From One Flew Over the Cuckoo's Nest to The Lord of the Rings, this guy's always a great character actor, especially in genre flicks. He's perfected the creepy-guy aesthetic so well that it's hard to imagine him any other way - I mean, he's the voice of Chucky, after all! I'm not surprised to see his name come up in the credits of TV shows, though it mostly seems to be as a guest star, though he did have a regular gig on Deadwood. 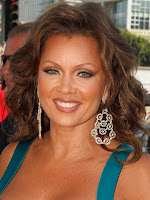 - Vanessa Williams. I vaguely remember her winning Miss America way back when - I've never been a big follower of beauty pageants - but I sure do remember the Playboy scandal that followed. Ancient history now - and in retrospect, it's hard to believe that we took that so seriously. I haven't seen enough of her films to judge, but she strikes me as a decent actress. Never got the Halle Berry-type roles, but I enjoyed her in Soul Food. And she's a good singer. Looks like she's gonna be in the next Tyler Perry movie, Temptation. Hopefully he'll make good use of her. IMDB says she's been getting plenty of TV work lately, including Ugly Betty and Desperate Housewives. That's good.

And the one director is Luc Besson. The Fifth Element, La Femme Nikita and The Professional are three totally awesome films, and we have this man to thank for them. Haven't been as hip to his more recent stuff - The Lady didn't do as well as expected, but I'll probably look at it on video - but you can't hold a grudge against the guy who gave us Jean Reno and Natalie Portman.

So consider this post my one and only concession to my birthday. Any celebs born on yours?
Posted by Rich at 12:40 PM