When filmmakers get thin-skinned 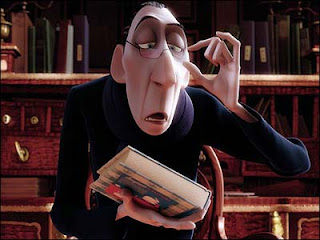 ...I would not say I enjoy writing a bad review. I certainly don't walk into films looking to hate them. I will say that when a film is particularly hard to sit through, there is a satisfaction that comes from drawing a little blood in return, and some films seem to have such naked contempt for the audience that I don't mind returning some of the same to them. And while there is something about the relationship between critics and filmmakers that has to be contentious, just by its nature, should it ever reach the point where Joe Swanberg or Uwe Boll are climbing into a boxing ring eager to actually hurt a critic because of something that was written?

Yeah, I know a little something about this. Not so much from writing about movies, but in ten years of writing about comics, I've had to deal with a few creators who just couldn't understand why I didn't like their work, though I've never had a creator challenge me to a boxing match as a result. The thing is, though, as an artist myself, I can look at it from the other side as well. I'll get to that in a moment.

Last year, I wrote a review for the Troma film Mr. Bricks, which I saw at the Queens World Film Festival. I detested it and said so, in no uncertain terms. About six months later, someone claiming to be director Travis Campbell commented on my review (it was posted under "anonymous," which is why I say "claiming"), and while he didn't exactly rip me a new one, he certainly came across a bit passive-aggressively:


This is the director of Mr. Bricks. I'm sorry you didn't like the movie, we shot it with what we had, we just wanted to make a movie and show our love of 80s/90s punk hardcore music. We used the locations of Long Island City as a back-drop and went from there. It's what you do when you have passion to make a movie and not just sit on your ass. Again, sorry you feel like [Troma head] Mr. [Lloyd] Kaufman and I wasted your time, ironically I ended up winning "Best Director" for Bricks at the QWFF, that's the great thing about low budget movies and art. It's totally subjective.

Which led to this response from another anonymous reader:

Wow, I have never seen Mr Bricks and now I never will. Part of being a film maker is  accepting the fact that not everyone is going to like your movie. Instead of making excuses for your film, you should try and learn from the criticism. Congratulations on your award, maybe you should run crying to Mr Kaufman and ask him to get you another one so you feel better. I would also like to give this director the Golden Diaper award for being such a baby. Clap, clap.

Unfortunately, I did not realize this was going on at the time because, like I said, it was six months after the fact and I had no reason to revisit this review. I had probably forgotten all about it.

First of all, while I doubt that Campbell will ever see this, I should at least say something in response. While I may not have made a movie, in Long Island City or anywhere else, I am certainly no stranger to the creative process and the passion of making art, as regular readers of this blog know well, so I'd say that qualifies me as doing more than sitting on my ass.

That said, having a passion for filmmaking only takes you so far. You still need talent, and I saw little-to-none on display in Mr. Bricks, as I stated in my review, which I still stand by. I can't speak to the reasons why Campbell won a QWFF award, but if, indeed, art is "totally subjective," then why would Campbell feel the need to respond to my review in the first place? Why should my review make a difference to him one way or another, especially since he has his QWFF award to keep him warm? (I'm not knocking QWFF itself, by the way; it's a wonderful festival and I plan on going back there next month. I could care less whether they choose to honor Campbell or not.)

Like I said, however, I am also an artist. I've made comic books and comic strips that have gotten positive reviews from notable critics, and where I've been critiqued, I've done my best to find merit where I can. And as an artist, I can guarantee you that we thrive on feedback, good or bad. Indifference is the worst reaction one can get. So I can understand why someone like Campbell, or Calvin Lee Reeder from the article quoted above, would feel the need to respond to the writer of a negative review.

At some point, however, you have to learn to rein in that impulse. Wasting energy on certain people's opinions only takes you away from making more work. By all means, listen to feedback, good and bad, but targeting a specific critic for a perceived slight seems counter-productive to me and only makes you look cheap and petty.