The ethics of sneaking food into theaters 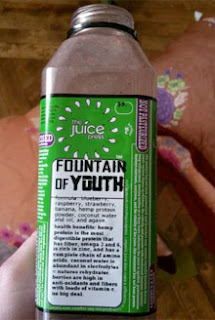 ...theaters clearly permit eating in the auditorium. They might, fairly, be able to stop you from eating if eating was not permitted at all (say, for sanitary and janitorial reasons; in fact, they encourage you to eat messy and smelly foods).

Unlike a restaurant, which can reasonably stop you from sitting and eating your independently purchased food, because otherwise you would be stealing the use of their facilities, the primary usage of a theater is noteating; there is no requirement that you eat. And most people don't; they just watch the movie. Thus, the theater is trying to curtail legal and reasonable behavior in an attempt to coerce you to do something that is an optional part of the deal.

One thing I didn't mention in my post on Avengers - because I was saving it for here - is that I snuck in a box of cookies when I saw it. I was surrounded by people with popcorn and soda, and one can hardly blame them; it's that kind of movie. Still, I had already bitten the bullet and chose to pay full price - a whopping thirteen dollars - to see the film, and I was not about to add another ten bucks on popcorn and soda myself. Unlike the film critic in the preceding article, Michael Wolff, I stuck my cookies in my knapsack. I saw no need to flaunt them.

Don't get me wrong. I understand why first-run theaters charge as much as they do on concessions. The percentage they get from the box office only goes so far, so they have to make it up somewhere. I get that. I do. I even sympathize, to a degree.

Still, I'm not a first-run theater owner. I'm a consumer, a customer, and I personally cannot justify paying both a full-price ticket and a seven-dollar popcorn. It's too much money for what should be a casual, somewhat frivolous, bit of entertainment. In recent years, I've opted to buy candy instead, but at three or four bucks a pop, that also tends to be overpriced. I got my box of cookies for a mere two dollars. (It was at an Entenmann's outlet store, where they sell their bakery products at dirt cheap prices. Two bucks is like half the normal price at a supermarket.)

At the same time, though, I don't think it's right for me to openly advocate sneaking food into theaters. I may have done it in the past, but the more I think about it, the more I don't wanna advocate it anymore. Theaters have it rough enough as it is these days, and as someone who favors seeing movies in theaters and tries to recommend that as much as I can (why do you think I always state where I see movies?), I don't want to make it worse for them. Ultimately, you should do whatever feels right for you.

And as for the Wolff incident, well, what can I say? Clearly everyone overreacted big time. Wolff didn't need to be such a dick. As a film critic, he's been to enough movie theaters to know that they tend to frown on people sneaking food and/or drink into theaters. He should also know that people still do it anyway, and often. He didn't need to act like he was above it. That said, was a single bottle of some health drink really worth calling the cops? No winners in this situation, says I.