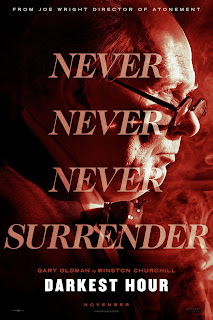 If you know me by now, you may be able to guess what my favorite scene was in Darkest Hour. England had the Nazi wolves howling at the door, the government was all set to negotiate for a surrender, and Winston Churchill was the only official left who still wanted to fight. He decides to talk to the people, get their opinion, so what does he do?

Did this moment really happen? Who cares? It makes for good drama; indeed, it's not unlike Henry V walking among his troops on the eve of battle. Churchill mentions he had never taken the subway before — believable, given the kind of life he had led prior to that moment — yet he understood this was where he could take the pulse of the people. True, he could have gone into a pub, but he chose the subway, or the underground, as the Brits call it, and the people told him what they wanted: to fight. More to the point, he listened. 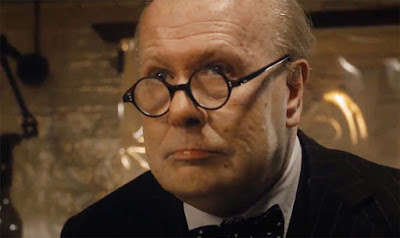 It goes without saying that we're currently experiencing a leadership void in Washington, but here in New York, there's another lack of leadership taking place, and it, too, involves the subways.

We have a governor, who controls the administration that operates our subways, who has also ridden the rails to talk to the people, only it's usually for things like ribbon-cutting ceremonies for a new station (usually delivered late and over budget). 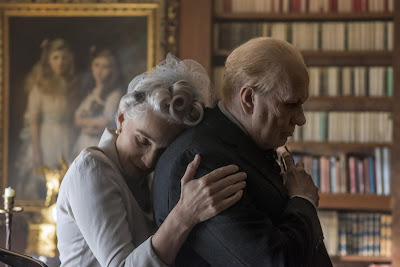 Meanwhile, the trains themselves fall behind schedule, suffer derailments (my train had one the day I went to see Hour; I had to take a second bus and walk a long way), operate with ancient signals, and keep more and more passengers late for their appointments. The buses are little better.

In this election year, the governor finally claims to have a plan to get transit the money it needs to not only update the system, but to simply keep it functional, although this is the same guy who, in the past, raided the transit coffers for his own ends. 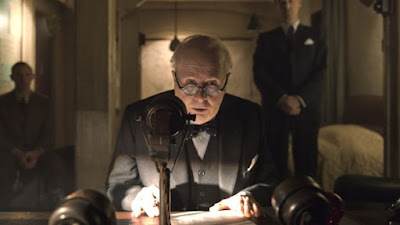 In Hour, Churchill knew enough about the value of the subway to go there and engage the people in a dialogue during a time of crisis. Twitter overflows with stories of our broken trains, tweeted directly to the governor, the same guy who declared a state of emergency on the subways last year, but his silence has been deafening. Which man looks more like a leader to you?

Anyway, back to the movie: these days we take this period in history for granted in the sense that we say, of course we had to fight the Nazis; no question about it, but at the time, in England, it wasn't so obvious. No one knew for sure how far Germany would go, and negotiating a peace with them must have made sense to a lot of folks because who the hell wanted them to come in and kick England's ass arse? Churchill, however, saw more to the situation than that. 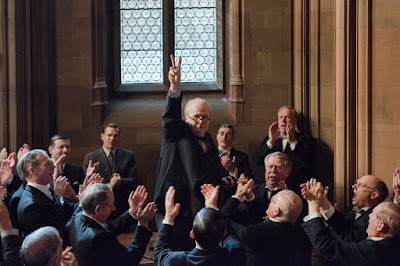 Joe Wright made this film in a way that, ironically, reminded me of a German expression, "Sturm und Drang:" bombastic music, extremes of light and shadow, dramatic camera angles, heavy on the emotion, yet it never feels too melodramatic or over-the-top. And do I even need to go into Gary Oldman's towering performance, in all that prosthetic makeup, no less, one which should FINALLY get him the Oscar he has deserved for so very long?