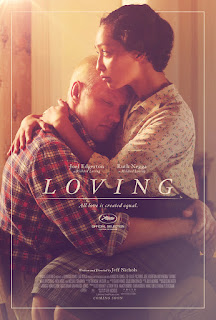 Through the years, most, but not all, of the women I've loved have been white. It's not a preference. It's a result of the circles I have run in, which almost always means I'm one of the few, if not the only, people of color. I make no apologies. I live in a highly multicultural borough in a multicultural city, but even with the advent of the internet, where I interact regularly with people from around the country, and the world, when it comes to sexual attraction, there haven't been many black chicks for whom I've fallen.

It's not something I care to think about much. If I were to be honest, yes, there's a small part of me that fears maybe it is a choice, and that this is somehow bad - as if I'm saying black chicks aren't good enough for me. I'm reminded of the line from the lesbian girl in Election (and I'm paraphrasing): "I'm not gay. When I love someone, I see the person. It's just that the person has always been a girl!"

Thing is, though, diversity has been the rule much more often than the exception in my life from the age of nine onward. In school, the groups of friends I ran with were always a mixed bag. Take high school: my clique consisted of a black (me), two Chinese, two Jews, two Filipinos and two whites whose ethnicity I don't know for sure because none of us ever gave a damn. My first girlfriend was half black, half white. My long-time buddy John is the same way, plus his wife is white. And now I have a Japanese brother-in-law. 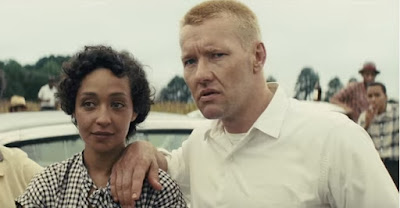 I feel fortunate I live in a time where these sorts of pairings are more commonplace. (Not so much in the movies, though, but that's another story.) They're less of a big deal now than they were fifty or even thirty years ago. There are still haters, and yes, they've been making their presence felt more these days, but if you look at the long view, time is not on their side.

The struggle for acceptance of interracial marriage may not have been as high-profile as the fight for gay marriage, but obviously there are parallels. You can see them in the movie Loving, the story of the bi-racial Virginia couple whose legal struggle for equality took them all the way to the Supreme Court. 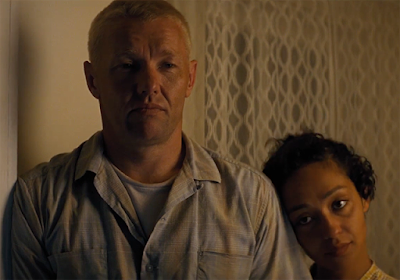 As with gay marriage, the mainstream in the movie feels the "sanctity" of marriage is being threatened, and law enforcement is used to push back, invading privacy and violating personal dignity. Also like gay couples back in the day, Richard and Mildred Loving have to meet clandestinely, and infrequently, if they want to be together, relying on secret rendezvous and go-betweens, always looking over their shoulders, never completely trusting of strangers.

Director Jeff Nichols, who continues to do no wrong, takes an unexpected approach by not giving us the passionate courtroom scenes, no great oratory from the lawyers or anything like that. He keeps the focus on the Lovings and their offspring. The result is a quiet, restrained, yet compelling film, with terrific performances from up-and-comers Joel Edgerton and Ruth Negga. I expect Nichols' original screenplay to get an Oscar nod, and it'll be well earned. It's been great to witness his progression as a filmmaker. This one will finally get him noticed.