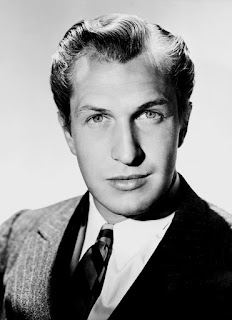 Vincent Price didn't always do scary movies, but he did enough of them over the years to be considered pretty much the embodiment of the genre for generations of film fans. I think his appeal lies in how many of his characters seem to take a gleeful delight in evil. On-screen, he comes across as a gentleman, a cultured man of breeding and refinement, but you know it's only a facade, and that he's just waiting for the opportunity to do you in somehow, in a manner that's as elaborate as it is painful.

And of course, he used this persona to great advantage throughout his career. Those of you from the Great White North, to pick just one example, might remember a children's program he hosted in 1971 called The Hilarious House of Frightenstein. Price wanted to do something for the kiddies, so he took part in this production for Canadian television, in which he filmed the intros and outros and various other segments within the show. Here, have a look at him in the opening theme. It's cute.

His place in film history is secure, given his roles in films such as Laura, Leave Her to Heaven, The Song of Bernadette (didn't the Four Tops sing that song?) and the 1948 version of The Three Musketeers, none of which I have seen yet, so I'm afraid I can't talk about them much. I can tell you that his first horror film (sort of) was a Boris Karloff flick called Tower of London, from 1939 - which he would make again with Roger Corman over twenty years later! - but it was 1953's House of Wax which firmly established him as a genre superstar. I remember watching this on TV, in 3D, as a kid, and always finding it great fun. 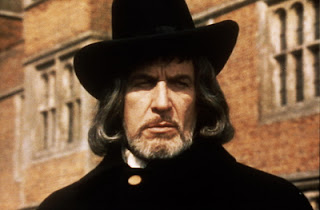 Price has stars on the Walk of Fame not just for movies, but also television. In addition to appearing in the kinds of shows you'd expect from the early days of the medium, such as Alfred Hitchcock Presents, Playhouse 90, Robert Montgomery Presents, GE Theater, etc. - not to mention his stint as Egghead on Batman - he did two episodes of a show called Science Fiction Theatre (AKA Beyond the Limits), a program whose stories were inspired by actual scientific technology and information from the 50s. Perhaps you remember Crispin Glover name-dropping it in the original Back to the Future. Here's one of the episodes in which Price appeared. It's not as dramatic as The Twilight Zone or The Outer Limits, perhaps, but it's okay. 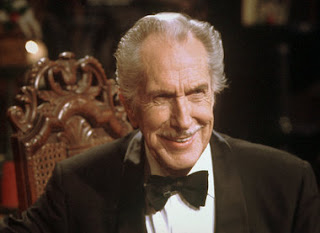 Did you know Price was an art collector, who partnered with Sears to bring contemporary fine art to the people? The Vincent Price Art Museum at East Los Angeles College was born out of Price's efforts to create a "teaching art collection" for students at the community college. This video takes you on a tour of the place and gives you a deeper understanding of Price's appreciation of art, and I have to say, as a visual artist, I find myself moved that he cared so much not only about art, but especially about making art available for everyone. He didn't make distinctions between famous and non-famous artists, either. He just liked good art, no matter where it came from. I hope to see this museum one day.


His horror roles debatably stop short of camp for the most part, but in looking at them, you can tell that he's having fun, and I think over the years, people have seen that and responded to it as well. Like Christopher Lee, he didn't consider these kinds of films as "slumming"; he saw the value in them and made the most of them, and even if they strike you as schlock, you gotta respect that attitude. Price was a class act.


And though you fight to stay alive
Your body starts to shiver
For no mere mortal can resist
The evil of... the THRILLER! 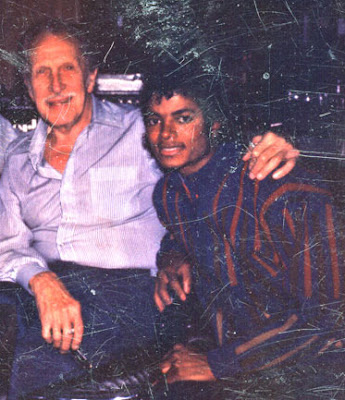