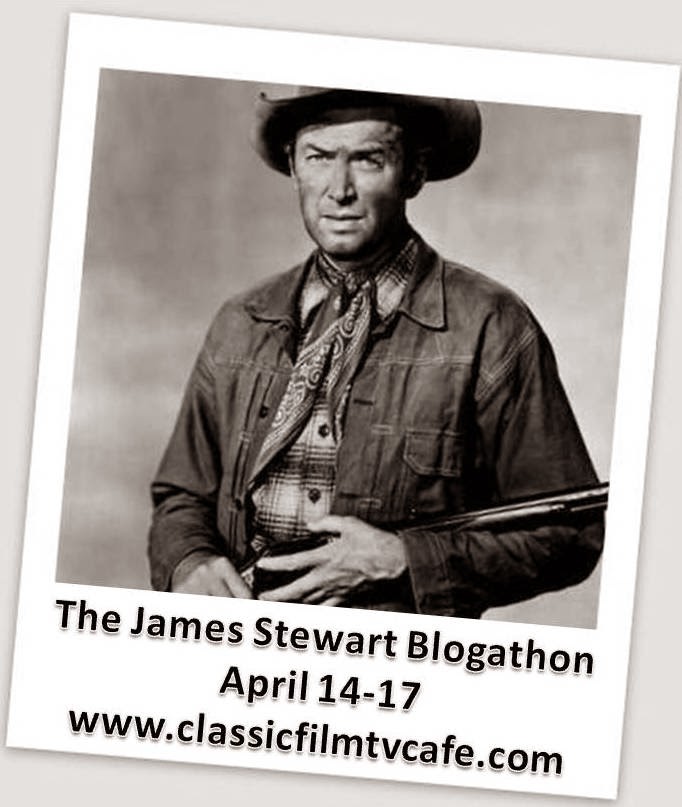 The James Stewart blogathon is an event devoted to the life and career of the great Golden Age actor, presented by the Classic Film & TV Cafe. For a complete list of participating bloggers, please visit the host site.

James Stewart is fondly remembered today as one of Hollywood's finest actors, but to those members of the Greatest Generation who fought in World War 2, Stewart is also remembered as a war hero, who served with great distinction as a member of the US Army Air Corps.

Stewart had piloting experience from his younger years. Born in Indiana, Pennsylvania in 1908, he had an deep interest in aviation as a child. Charles Lindbergh, whom he would go on to portray in the movies one day, was his idol. In college, however, he gained a greater interest in acting, which led to theater work (where he first met, among others, Henry Fonda and Margaret Sullavan), and eventually, a career in Hollywood. Aviation still interested him, though, and in 1935 he got his civilian pilot's license and bought his own plane. In 1938, he obtained a commercial pilot's license. 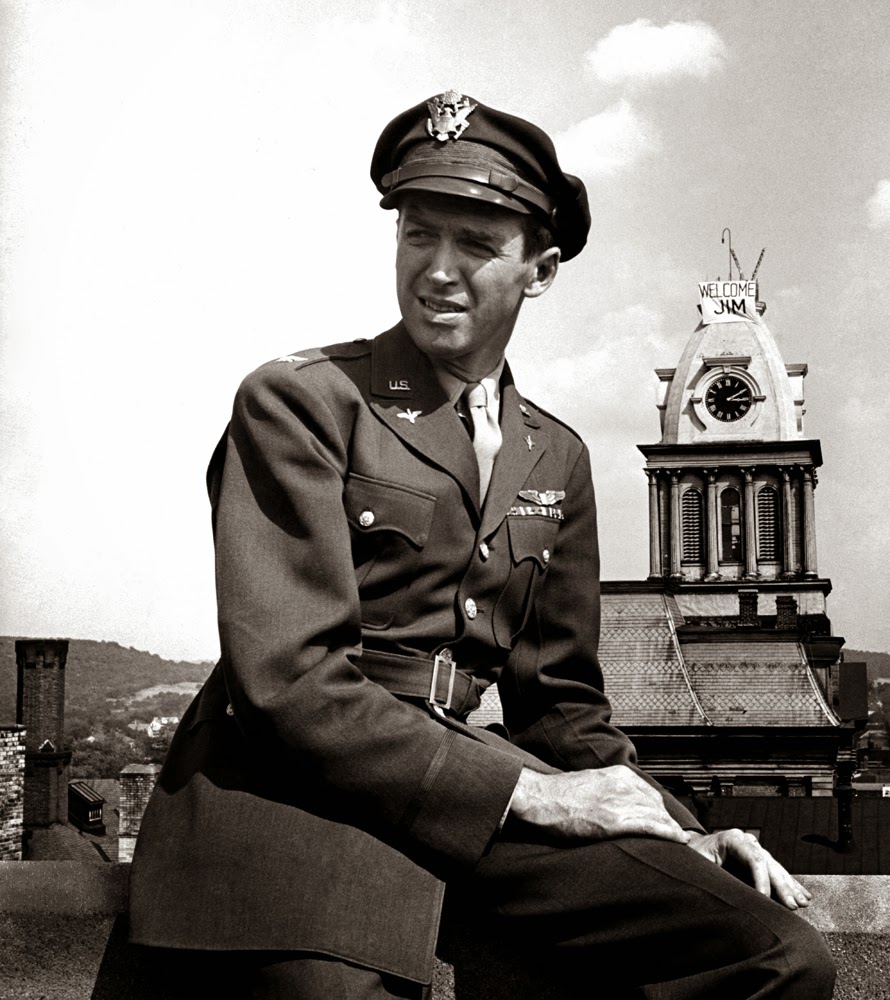 Stewart was drafted into the fight in Europe, entering before Pearl Harbor led to America's formal declaration of war. In February 1941, the same month in which he'd win his one and only Best Actor Oscar, for The Philadelphia Story, he went to his local draft board but was turned down for being underweight, so he spent the next month bingeing on spaghetti, steak and milkshakes until he barely made it in a second time.

Inducted as a private on March 22, 1941, Stewart underwent basic training at Moffett Field, California and was a media sensation. During this time, in addition to his education, he was a flight instructor and a narrator for training films, and also went on war bond tours. By the spring of 1943, he rose to the rank of captain, serving as operations officer for the 703rd Bomb Squadron, 445th Bombardment Group of the Eighth Air Force. 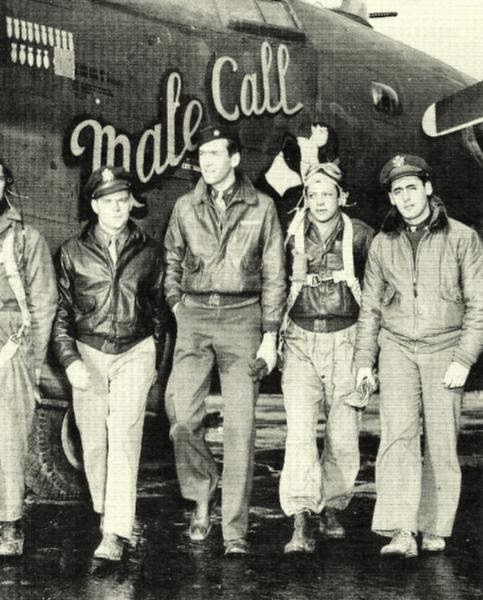 By November, he led the B-24 Liberators, who were part of the Second Air Division, out of Royal Air Force Station Tibenham in England. The B-24 was a bomber plane, generally used with the B-17 on daylight raids throughout Europe, with a cruising speed of 215 MPH and a maximum speed of 290 MPH. The standard crew compliment was anywhere between seven and ten. In addition to bombs, they were outfitted with M2 Browning machine guns. Over 18,000 B-24 bombers were made by the war's end.

Stewart led several bombing missions that winter, including one on Christmas Eve in France, before getting promoted to major in January 1944. In March, he was transferred to RAF Old Buckenham as group operations officer of the 453rd Bombardment Group, a B-17 unit, where he continued to lead sorties. By the spring of 1945, he made colonel and was named chief of staff of the Second Air Division, having completed twenty raids with the 445th and the 453rd. He came home in September, remaining part of the Air Force Reserve as commander of Dobbins Air Reserve Base. In 1959, he was promoted one more time, to the rank of brigadier general. 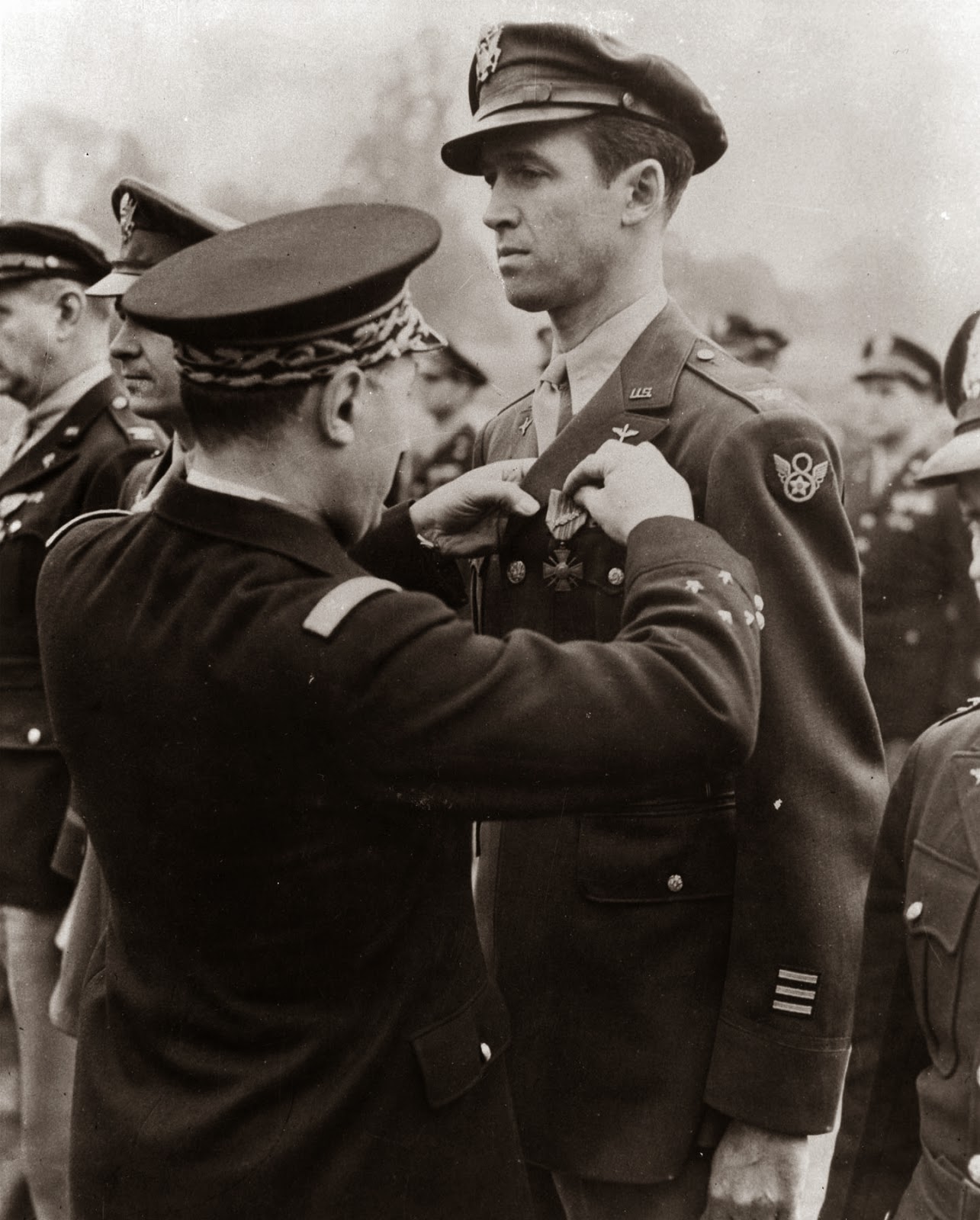 Among the military accolades awarded to Stewart for his service include the Distinguished Service Medal, the Distinguished Flying Cross with Oak Leaf Cluster, the French Croix de Guerre with Palm, and the Presidential Medal of Freedom. He retired from the Air Force on May 31st, 1968.

The book Jimmy Stewart: Bomber Pilot goes into much greater detail about Stewart's war record from the perspective of one who served with him, author Starr Smith, an intelligence officer assigned to Stewart.

This short propaganda film, Winning Your Wings, was narrated by Stewart and directed by John Huston in 1942.