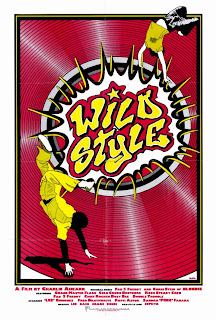 By the time I first heard rap music, it had already gone mainstream. This would've been in junior high, during the early 80s. I wish I could remember the first song I ever heard. It might have been Run DMC's "Sucker MC," but I don't think so. I would hear kids rapping in the hallways, in the lunchroom, on the school bus. Sometimes they'd be original compositions but mostly they'd be hit songs. I accepted this new sound of music quickly and easily, and I wanted more, like everybody else.

I liked a lot of different rappers, but Run DMC stood head and shoulders above everyone else for me. They were from Queens, like me. They dressed fly; I wore Lee jeans because of them (at one point in junior high there was an epidemic of the large Lee labels being stolen right off of people's jeans!) and I begged my father for weeks to buy me a Kangol hat which I wore proudly. People would tell me I looked like DMC! They combined rapping with rock music; the guitar riffs on songs like "Rock Box" are just as def as their rhymes! And they knew how to get down.

As I got older, my musical tastes shifted from To 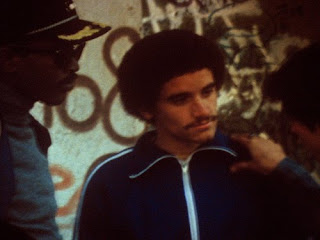 p 40 (which included rap) over to classic rock and metal, and while I didn't abandon rap completely - I completely devoured the Beastie Boys' debut album Licensed to Ill - for some stupid reason I felt the need to publicly distance myself from rap at one point. I suspect I only did it because I wanted to look cooler around my friends. So I drifted away from rap, which is just as well, since the rise of the "gangsta" rappers did more to turn me off rap than anything else. And yes, I'm well aware of the hypocrisy of decrying violence and misogyny in rap when rock music has plenty of its own. I have no defense. These days, my tastes have come full circle; I've gone back to listening to the music of my father's era - the "golden oldies" of early rock and R&B, and I find I enjoy it much more than when I was a kid.

Getting back to rap though: Wild Style captures the feeling of emcees rocking house parties well. Unlike the better-lit, comparatively roomy dance floors of Beat Street, the parties and clubs here feel smaller, darker and sweatier. Like Beat Street, however, Wild Style's cast consists of first-generation emcees and deejays, the ones who were big in the Bronx and Manhattan before rap records were made. It has a bit of a rougher edge, and one gets the sense that its stars, especially graffiti prodigy Lee Quinones, aren't acting so much as being. Compare this to Beat Street or Krush Groove, where everything feels much more scripted.

Still, I was disappointed with Wild Style. Th 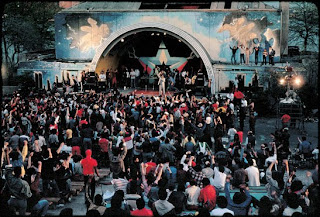 e plot, such as it is, meanders all over the place and can't seem to decide if this should be a fictional narrative or a concert documentary. If this were the latter, it might've made for a stronger movie. Everyone's playing thinly-veiled versions of themselves anyway. I recognize the film's importance, however, since it led to Beat Street and Breakin' and Krush Groove and all the rest.

The hip-hop history book Yes Yes Y'all, which I mentioned on Wednesday, has a section on Wild Style in which co-star Fab 5 Freddy talks about how he was making in-roads in the larger music industry, as well as the art world, which is how he eventually met director Charlie Ahearn (a co-editor of Yes Yes Y'all). Here's a good quote from Freddy:

At that time people weren't seeing all these different [hip-hop] elements as one thing, you know? It was like people doing graffiti were just doing graffiti. Rapping people were rapping. the break-dance scene would go on at hip-hop parties, but it was pretty much a Latin thing, so there were Latin clubs that would happen where break-dancing would go on. So I had this idea to bring these things together, and Charlie was like, "This is cool."