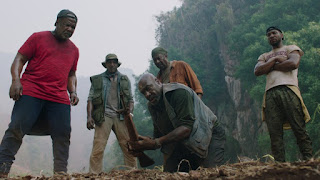 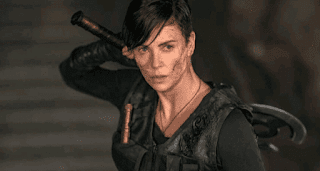 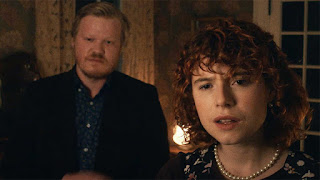 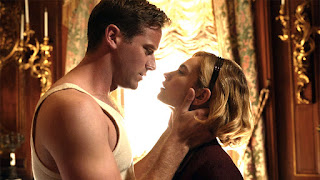 Most of Queens’ local, independent movie theaters, as far as I can tell, are preparing for a future reopening once the word from the governor is given. So far, the only Virus-related casualty is the Squire Great Neck in Nassau County, the former Movieworld. I only made it there once since the move from Douglaston; I would’ve liked to have gone back.

The Kew Gardens is still active on their Facebook page. In a post from August 13, they said they’re “prepping the inside for our ‘new normal,’” and they addressed why alternatives such as playing films outdoors wouldn’t work for them: “It makes no sense for us to do anything other than direct our funds & energy into making our REOPENING all you hoped it would be & would expect from us.”

Cinemart in Forest Hills had been showing movies on an outdoor screen underneath their marquee and adjacent to the cafe next door. In a Facebook post on September 26, they promised “more pop-up movie nights during this time.” They also mentioned a documentary about Cinemart owner and New York indie theater mogul Nick Nicolaou directed by Abel Ferrara.

The Museum of the Moving Image has a Kickstarter page going to help raise money to ensure their reopening “in the coming months—the number of visitors must be limited to 25% capacity, and operating costs have increased,” according to Director of Development Becca Keating in a recent e-mail.

Here’s an account from a critic based in California on returning to the movie theater.

The reduced time spent here has definitely helped my fiction writing. I’m revising my baseball novel YET AGAIN, only much more drastically this time, chopping away entire chapters and streamlining subplots in order to get to the most important parts. I’m even changing the ending. I might change the title. Basically I’m doing all the things I would’ve been scared to do with this story even a year ago, much less five. The end product is recognizable as the story I’ve devoted much of my writing life to (outside of this blog, of course), but I think—hope?—think it’s a better story this time.

But I’ve said that before.

Remember when I made that chicken paprika dish as part of Silver Screen Suppers’ Murder She Wrote cookalong? Well, I recently talked to Jenny and she says her MSW cookbook won’t be ready to go for awhile—she’s looking at October 18, 2021 (Angela Lansbury’s birthday) as a possible release date. She is still looking for test cookers, so if you wanna give it a try, let her know.

So Tuesday is The Day: either America descends further into a pale reflection of the great democracy we once were, or we admit we fucked up severely four years ago and make a course correction while there’s still time.

You know where I stand: DT has to go. He never should’ve been allowed anywhere near the White House to begin with and he is not the man I want leading us into a post-Virus world. Please don’t forget to vote.

I’ll be back the 16th with another blogathon post.