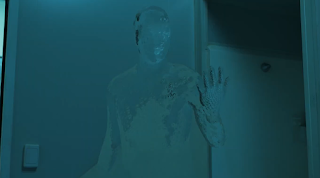 Once again, I need to learn to keep my big mouth shut when it comes to premature Oscar predictions, because Parasite took Best Picture and 1917 didn’t. It’s okay, though: Parasite is an outstanding movie and it deserves to win. Kudos to Bong Joon-Ho, who also won Best Director and Original Screenplay, for making a suspenseful, often times funny, and ultimately relevant picture that also just happens to be in a foreign language.

The Academy got it right—and acknowledging the best movie as coming from someplace beyond America speaks to how the world is shrinking culturally. We’re more aware of different filmmakers and different filmmaking styles than before, and that’s bound to have an impact on our own homegrown filmmakers in the future.

Virginia and I went to a late-night screening of Rosemary’s Baby and afterwards she was convinced she had seen a cut earlier in life where you actually saw the baby at the end, or at least its eyes. Take it for what it’s worth, but according to IMDB, Roman Polanski rejected producer William Castle’s suggestion that the baby be shown. There’s a fleeting glimpse of demon eyes after Sidney Blackmer says “He has his father’s eyes,” and that’s what made Virginia think she had seen the baby, but I always thought that was supposed to be the devil in that shot.

More interestingly, though, was something else she picked up on: she said that Blackmer and Ruth Gordon’s characters are supposed to be WASPs, but the other witches were either Jewish stereotypes or minorities (remember the Japanese guy snapping photos?). I admit, as many times as I’ve seen the movie, I never thought of that—and later, she even sent me this article, which points out the Jewish metaphors. It didn’t wreck her enjoyment of the movie, though—she wanted to see it.

So that’s that. On to the links:

Aurora attends a ceremony in New Jersey in which a street is named after John Barrymore.

What did Virginie learn after watching all 31 Carry On films?

Maddy gets into the water with Jaws.

The Oscar telecast got its lowest ratings ever.

Wes Anderson’s forthcoming film is inspired by The New Yorker.

The latest Invisible Man remake is a parable for domestic violence.

Antonio Banderas on his first Oscar nomination and what it means.

Corey Feldman’s “Me Too” documentary about his childhood will play once and once only.

Beloved YA author Judy Blume is ready to go Hollywood.

The enduring friendship of Carl Reiner and Mel Brooks.

Rick Moranis comes out of retirement, but not for the new Ghostbusters movie.

Was Johnny Depp’s Lone Ranger movie better than we thought?

Are you ready for a KISS biopic?

Check out this 19th-century Lumiere Brothers short updated in 4K and a 60 FPS frame rate.
Posted by Rich at 7:00 AM