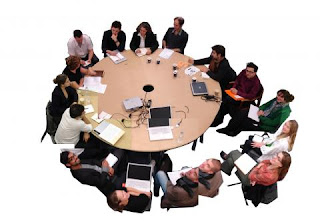 And we're back once again for another go-round on the world of film. This is third and final session with the current group of fellow film bloggers:

Tom from Movie Reviews by Tom Clift
Courtney from Big Thoughts From a Small Mind
Rachel and Jess from their brand-new blog, Reel Insight

A new group will come on board beginning in June.

And here are this month's questions:

1. The phenomenal success of The Hunger Games has been marred by a vocal minority of fans who were disappointed that certain characters from the book were cast with black actors. How can a situation like this be avoided in the future?

Tom: At the risk of sounding flippant, I really don’t care. The reaction of the books readers was completely absurd – not to mention racist – and I see no reason for filmmakers to try and appease them. From what I understand (I haven’t read the books), the characters in the novels were described as having darker skin, which makes the outcry even more ridiculous. But even Suzanne Collins had explicitly written the characters as Caucasian, I don’t really see a problem with making changes for the film (directors make alternations all the time!) The most important thing is to cast good actors, which is what happened.

Rachel: Unfortunately it's a double edged sword. There is no way to fix ignorance like this; these racist morons have been raised to believe someone of a different race is inferior to them and shouldn't play a pivotal role in a film, despite being described as such in the source material, which they supposedly read.

On the one hand, I want to say that we shouldn't give these people any attention at all and ignore their hateful comments; on the other hand, I say splash their stupidity all over the internet so they can be mercilessly mocked and made an example of. Either way, it's really a lose-lose situation, which is sad since The Hunger Games was so wonderfully cast, even if a few people refuse to see it that way. 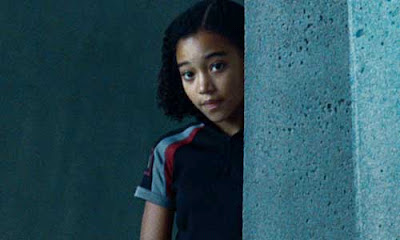 Courtney: The fact of the matter is, society still has a long way to go in terms of racial tolerance. The sad part is [that] the characters in question are not even white in the book! It reminds me of when Will Smith was cast in Enemy of the State and the media made such a production of the fact that the film had originally been written for Tom Cruise. I think people’s mindset needs to change. There is no rule stating that any character in film needs to be of a specific colour for the film to be successful. In theatre characters are being re-imagined all the time.

Jess: I don't think this is something that can or needs to be avoided. When a book is made into a movie, particularly these days with careful reading, readers of the book expect the characters to appear as they do in the book. As Rue and Thresh were both described with dark skin and dark hair, and presumably come from the South, it only makes sense that they were cast with black actors. I know people throw a hissy fit when the hair color of character is changed because the actor or actress doesn't possess that color. The inherent racism in changing a character from a black man or woman to a white actor or actress because it will appeal to more people is something worth fighting against. The people who objected should be made aware of their inherent racist attitudes.

2. After the documentary Bully received an R rating from the MPAA, distributor The Weinstein Company released it unrated, but then the MPAA reversed its decision after minor changes were made and the film's rating was changed to PG-13. What would it take for a re-evaluation of the way ratings are handed out in America? Would federal intervention be necessary?

Tom: As a non-American, I’m alternately amused, appalled and baffled by the behavior of the MPAA. They’ve repeatedly demonstrated views and practices that are both archaic and ludicrously inconsistent, and I think the entire organization needs to be overhauled. Whether that happens any time soon is another matter entirely. On a side-note, the Australian classification system is partially government run, and while it’s demonstrated itself to be at times just as out-dated and ultra-conservative as its American alternative, on the whole it probably works slightly better. 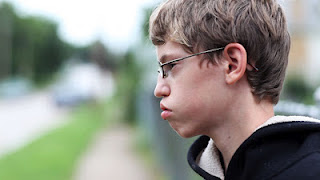 Rachel: It seems the MPAA have a very black and white take on what deserves an R versus a PG-13. They hear certain words a number of times, see certain body parts or a quota of gore, and their decision is made. They do not always seem to take into consideration the overall theme/tone of a film, what's being implied or even who should be watching the film.

The bigger slap in the face for Bully was that its rating came at the same time The Hunger Games was released, which received a PG-13, despite its base story of kids murdering one another for sport and political oppression. Less than two years ago, the MPAA's judgment was called into question when it gave an NC-17 to Blue Valentine for certain sex scenes, which was reversed for being downright sexist. Perhaps these instances will eventually snowball into a change, if the studios fight hard enough. I'd say the federal government should be a last resort; they have bigger issues to worry about.

Courtney: Awhile back, just before Blue Valentine was released, I wrote a piece on how the MPAA’s system needed to change. The problem with the MPAA is that they want to be the moral compass when it comes to sexuality and language, but only if it is done in a realistic context. For example, Bully Project was going to get an R because it featured two swear words... two. However, many of the summer blockbusters that feature non-stop violence get a PG-13. The MPAA needs to get back to the basics and look at what each film is actually saying and who the intended audience is, instead of merely basing a film on a few  choice moments.

Jess: As I don't have kinds, I haven't had to make decisions based solely on MPAA ratings, but from what I understand about this process, it seems remarkably arbitrary and doesn't take into account the basic changing attitudes of society. You can say words on TV now (once a G-only rating zone) that would cause a PG-13 movie. So I think we do have to change how they rate films. The specific ratings need to increase, and because people have such ingrained ideas of what G, PG, PG-13, and R already are, so we'd have to switch to something completely different to force people to actually learn a new system. 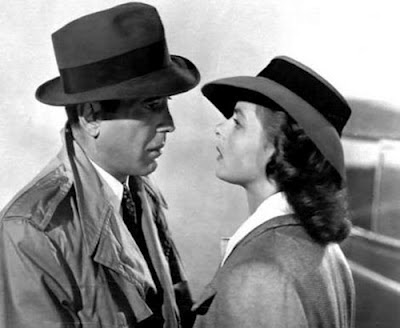 3. Have you had any interest in seeing any of the recent re-released older films, such as Casablanca, Star Wars: The Phantom Menace 3D, or Titanic 3D, whether in 3D or not? Why or why not?

Tom: I cannot stand 3D. Even when done relatively well in films like Hugo and Avatar, where the image isn’t hideously dark and blurry, I don’t believe 3D films replicates how the human eye sees three dimensions. It actually looks far less real than a regular 2D film. That said, I’d certainly consider seeing some classic movies in 2D were they to be re-released. Not a Star Wars prequel, mind you.

Rachel: As a general rule, I am against 3D. So I feel that releasing older films in 3D is nothing more than a pathetic attempt at a cash grab. That being said, I did see Beauty and the Beast in its 3D release, but only because it wasn't showing in 2D and I wanted to take my daughter. And I'm considering Titanic, just so I can see it on the big screen again. My convictions aren't very strong. 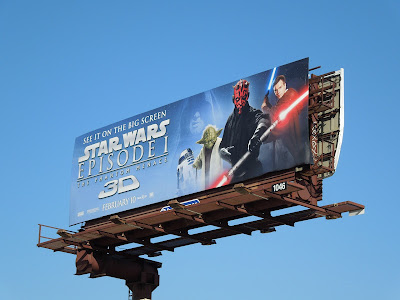 Courtney: As much as I enjoyed Titanic and Casablanca, I have no desire to see them on the big screen. I would have considered seeing Star Wars: A New Hope and The Empire Strikes Back had Lucas not made the prequels. The problem with this whole 3D re-launch is that they are basically repacking the same stuff that you have already paid for on VHS, Laserdisc, DVD, and Blu-Ray. It has gotten to the point where I can no longer justify spending more money on films that I have already given so much to.

Jess: I definitely enjoy seeing re-released films in theaters, 3D or not. It's just nice to see some of my favorite movies on the big screen again. Most of them I'm not that interested in seeing in 3D specifically, though I would see something like Titanic in 3D given the grand scope of the film.