Blondie on a Budget 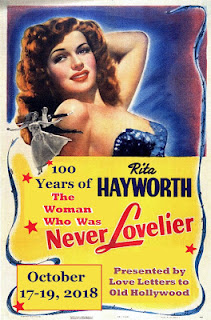 The 100 Years of Rita Hayworth Blogathon is an event celebrating the centennial of the actress's birth, hosted by Love Letters to Old Hollywood. For a complete listing of participating blogs visit the host site.

Of course I read Blondie, along with all the other comic strips in the newspapers, growing up. I doubt I ever thought it was particularly hilarious; I just read it because it was there. As I got older, I appreciated its art more — creator Chic Young had a very elegant line that his successors duplicated almost as well — but I could never say I loved reading it.

If it had been removed from the daily lineup of strips, I wouldn't have missed it, though there are those who will always declare a jihad on their local paper should they dare to remove these grandfather strips, still taking up space which would be better served by newer, more diverse strips, but that's another issue. 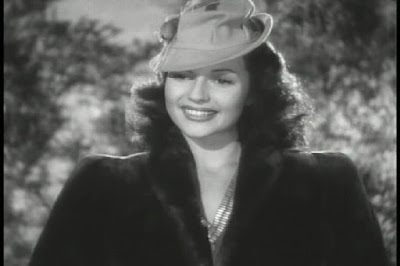 I do respect Blondie's longevity, though, not only as a strip but as a multimedia franchise. Ivan recently did a piece on Blondie in other media. She and Dagwood were the stars of a sitcom long before the word existed, appearing in a mind-boggling 28 films in only twelve years, all with the same two stars, Penny Singleton & Arthur Lake.

Jeanine Basinger explained the appeal of Blondie in her book on marriage in the movies, I Do and I Don't:


... Blondie and Dagwood relieved marital pressure for the audience by reconstituting their ordinary problems into easily resolvable comedy. There's a comforting quality to them: they never change, they never fail. In what Preston Sturges called "this cockeyed caravan of life," they could be counted on.

I chose the film Blondie on a Budget to watch because of the presence of Rita Hayworth, the reason for this post. She made this film the year after Only Angels Have Wings, and she was a legitimate star at this point. The first of her four Life covers was in 1940. Budget was one of five films she made that year. The next year, she would team up with Fred Astaire for the first time, in You'll Never Get Rich. Did you know she was WB's first choice for Casablanca before Ingrid Bergman? 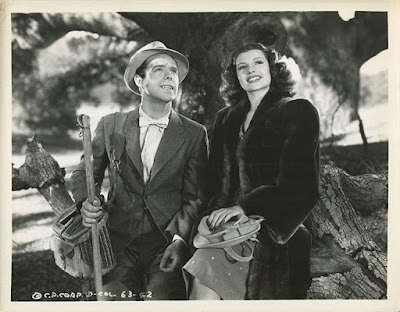 In Budget, Rita plays an old lover of Dagwood's who pops up for business reasons and just wants to hang out with him for awhile, though Blondie gets jealous anyway. Misunderstandings ensue, mostly money related, hence the title.

I laughed once, maybe twice, throughout the whole movie, and I use the word "laughed" very loosely. Watching this was painful. Dagwood is way more of a schlemiel than I remember from the strip, one completely lacking a spine. I didn't believe for a minute that Rita was ever attracted to him.

Blondie was more assertive than I remember her, but in the end, her story arc revolves around nothing more than a mink jacket she's just GOTTA HAVE. The best thing about this movie was the bratty kids! 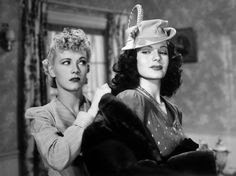 Dagwood didn't eat one of his epic sandwiches, nor did he sleep on the couch or get his ass kicked by his boss, but at least he knocked down the mailman while running out the door. Singleton & Lake's hairdos made them look the part, and as far as I could tell, they were true to the characters, but man, am I glad domestic comedy has evolved beyond this.

As for Rita, she doesn't sing or dance, not that I really expected her to, but her character is pretty bland. Don't look for any hint of future Gilda here. The movie was a big disappointment overall.