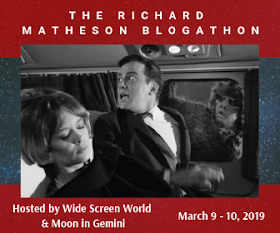 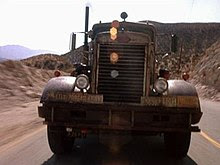 This page, for example, provides some concrete answers, but nowhere does it get at the underlying reality behind it all: the fact that we live in a society that favors vehicle travel over and above everything else. It's how we engineer our streets, it factors into how we design buildings and use the land they occupy, and it influences where our tax money goes, among many other things.

For decades, advertising has ingrained in our heads the notion that vehicles are supposed to make our lives easier. So when someone or something  prevents us from getting from point A to point B as quickly as possible, is it any wonder some of us get peeved? 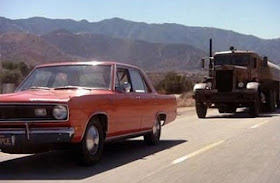 It doesn't take much to set a driver off: a pedestrian walking in the wrong direction, a bicyclist taking the lane, another driver who cuts in front of them abruptly — not that any of this justifies a violent response. But what if there was no obvious rationale?

Duel, Steven Spielberg's debut feature, is scary for exactly this reason. Why does the anonymous truck driver pursue Dennis Weaver so maliciously, so relentlessly? We don't know — and the senselessness adds to the terror and makes for a nail-biter of a film, one that bears more than a passing resemblance to reality. 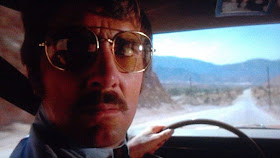 Duel was written by Richard Matheson, one of the 20th century's finest genre writers of the small and big screens, as well as the printed page.

He had written a variety of short stories and novels in the 50s when Hollywood tapped him to adapt his book The Shrinking Man into the 1957 film The Incredible Shrinking Man. It was a hit, and Matheson's association with movies and TV took off from there.

His episodes of The Twilight Zone are among some of that show's most popular. Here's a listing of some of them.

Other shows he worked on include Star Trek, The Alfred Hitchcock Hour, The Night Stalker and Amazing Stories. His films include The Last Man on Earth, The Comedy of Terrors and Somewhere In Time, in addition to many adaptations of his work by other filmmakers.

Duel was inspired by a similar, less dramatic incident that happened to Matheson on, of all days, the day John F. Kennedy was assassinated. After failing to pitch it for television, he wrote it as a short story for Playboy. 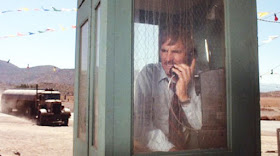 Spielberg's secretary tipped him off to the story when ABC chose to adapt it for a Movie of the Week in 1971 — and watching it, one can't help but be reminded of another 70s Spielberg movie about a relentless adversary that inspired terror in audiences...

In the 21st century, Matheson's stories continue to inspire Hollywood. I Am Legend, Real Steel and The Box are among the most recent adaptations (and there had been talk of yet another I Am Legend movie). His work holds up well.