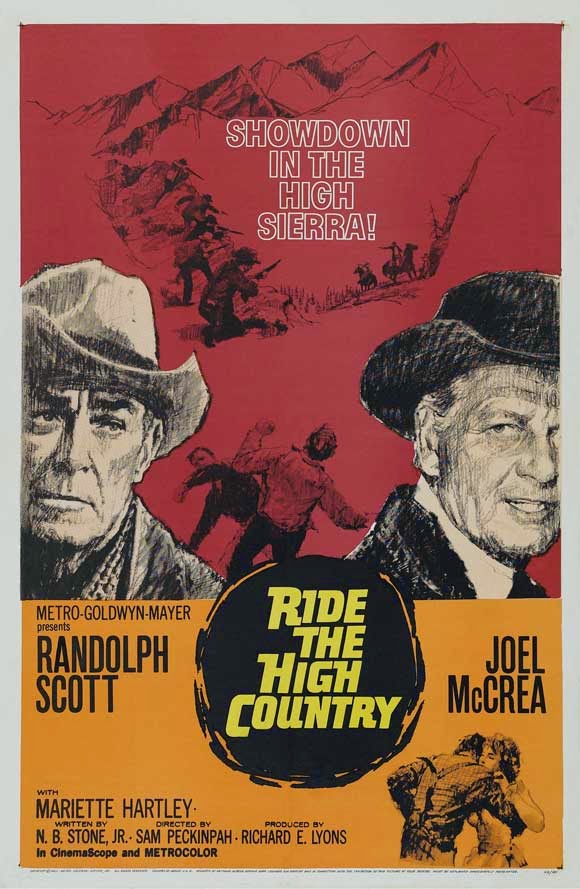 At the risk of sounding like Ivan whenever he complains about the cinematic taste of his parents, I have to seriously wonder what my mother gets out of movies - even ones from her generation. The other night, we watched Ride the High Country. It's a western, something I emphasized because she claims to like westerns.

Most of the time, I don't mind spending time with my mother this way, even though her appreciation for movies doesn't quite match that which my father had. I felt like I could discuss movies with him, if not from one geek to another (while he enjoyed movies, it was in a more casual way than, say, your average video store clerk), then at least as someone who appreciated the themes in a thoughtful movie with something to say. I suspect my mother, on the other hand, just wants simple, mindless entertainment.

She certainly doesn't want to be challenged by a movie... and it's not even like this was Django Unchained we were watching. High Country was a (mostly) straightforward, entertaining movie much in the spirit of classic Hollywood, with a touch of a more modern sensibility to it, as this came out during a period of transition between the decline of the old studio system and the New Hollywood awaiting around the corner.

Directed by Sam Peckinpah in the early stage of his long career, it's about a former lawman who recruits an old buddy and a young turk to help him carry gold from a mining community up in the hills to his employer, a local bank. Along the way, they encounter a young woman about to marry one of the miners, but she - and they - get way more than they bargained for. Paddy wrote eloquently about it for our Diamonds & Gold Blogathon, which is why I wanted to see it.

The girl, Elsa (played by Mariette Hartley in her film debut), is sheltered from the world by her abusive, Bible-totin' dad. She's never been anywhere, and no man she happens to meet is ever good enough for Pa, so she runs away from home in order to elope with her boyfriend, who works in the mining community in the hills with his brothers. He, however, turns out to be even more abusive than her father. 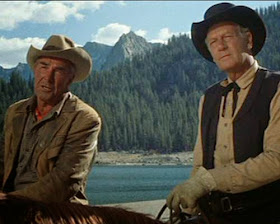 My mother was convinced that everything that happened afterward, including more than a few deaths, was Elsa's fault. After the movie ended, she said that if Elsa had just stayed at home, all the people who died wouldn't have died. That may be so, but it was not that simple at all, and I told Ma so. I said, "You saw how her home life was. She couldn't live like that anymore. And she had absolutely no way of knowing what would happen."

Ma remained unmoved, muttering something about how perhaps it was just a consequence of her being old-fashioned that she thought that way. Granted, the ending was sad, but the upside was that at least now Elsa can leave her father's farm and see the world, and hopefully find someone who will love her unconditionally, without the threat of violence. I feel I should also add that Ma wasn't paying complete attention to the movie in the beginning; she was flipping through some catalogs for about 10-15 minutes in the first half. 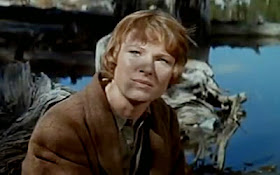 My mother is no dummy. I can't imagine how she could fail to see the bigger picture, especially as a woman. Recent events have made crystal clear that even in the 21st century, in this so-called modern age, the threat of violence by men against women is still painfully real, whether you wanna blame the movies of Judd Apatow or not. My mother has been fortunate in that most of her adult life was spent in a happy marriage to a good man, but still, I find it shocking, and to be honest, more than a little disappointing, that she would not only fail to sympathize with the Elsa character, but to go so far as to blame her for deaths that were in no way her fault.

Still, she is my mother, and I suppose I can forgive her her insensitivity, but I gotta say that it's a little bit harder for me to look at her in quite the same way anymore. That's a terrible thing to say, I know, but I can't help it.
Rich at 4:00 PM
Share